Skip to content
Become a member and get exclusive access to articles, live sessions and more!
Start Your Free Trial
Home > Features > Going to Church With Oliver Jones and Chris Donnelly 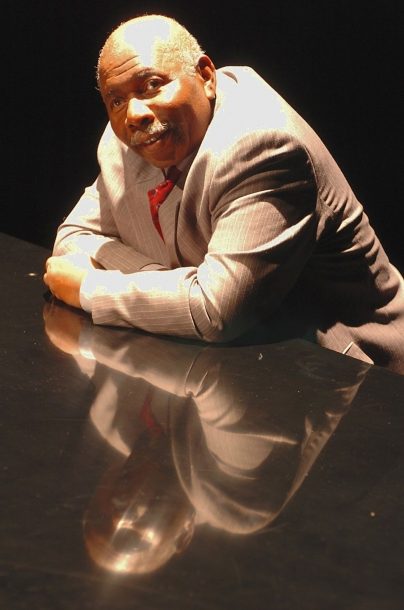 If there is just one name that comes to mind when we think of jazz in Montreal, it is very likely Oliver Jones.

Born in Little Burgundy, Montreal, in the ’30s, Oliver Jones grew up a few doors down from Oscar Peterson (probably the other name that comes to mind when we think of Montreal jazz). At three years old, he was a prodigy on piano. He trained as a classical pianist, and played his first gig at the age of five at the Union United Church in Montreal.

Oliver is quick in his live performances to remind the audience of the gospel roots of jazz music. His performance in Montreal on Friday, May 7 was no exception. The night ended with the crowd happily chanting Amen, as an introduction to Oscar Peterson’s “Hymn to Freedom.”

The Oliver Jones Trio, made up of Jim Doxas on drums, Eric Lagacé on bass, and of course, Mr. Jones on piano, kicked off the Montreal Chamber Music Festival’s Jazz & Jeans Series at St. James United Church.

Playing to a very full room, Oliver, who has “retired” a couple times now, seemed genuinely delighted to be up on stage. He seemed very. . . happy.

And I imagine he has good reason to be. At 76, Oliver has had a very big career. He has succeeded in becoming the most popular instrumental act in the city, though his music reaches far greater than this little island we live on.

The evening was a double-bill, opening with the very talented Toronto-based jazz pianist and Juno award nominee, pianist Chris Donnelly. A highlight of the evening for me, was Chris played part of the suite he composed based on the artwork of one of my favorite artists, MC Escher.

Chris was awarded a Canada Council for the Arts grant to compose the project, which he called Metamorphosis. The album will be released this year. Easy on the eyes, and a treat for the ears, this young pianist will have a big career himself, I’m sure.

One of the most entertaining parts of the evening was when Oliver asked the audience for requests. He warned us not to ask for country and western songs or “hip hop.” That didn’t seem to be a problem for Oliver’s mostly older crowd. We heard “Twinkle Twinkle Little Star” (best version I’ve ever heard!); “Summertime” and “Jitterbug Waltz.”

A fight nearly broke out between those who wanted to hear “Sunny” and the Porgy and Bess suite. “Sunny!” requested a woman. “Porgy and Bess,” cried a man nearby. “No, Sunny!” said the woman. And so on.

I realized on Friday that requesting “Take Five” at a jazz show is much the same as asking for “Freebird” at a rock concert. Though he has played “Take Five” many times in the last 40 years, to the audience’s delight, the Oliver Jones Trio played the Paul Desmond song, made popular by Dave Brubeck, once again, and the crowd loved it.

Organ trios and quartets were ubiquitous by the mid-1960s. In African American neighborhood bars and clubs up and down the East Coast, throughout the Rust … END_OF_DOCUMENT_TOKEN_TO_BE_REPLACED

Terence Blanchard looked around the restaurant table and launched into a gentle sermon about jazz education in Detroit that was part homily, part pep talk, … END_OF_DOCUMENT_TOKEN_TO_BE_REPLACED

Creating a program of solo piano music is the ultimate challenge for any improvising pianist. The music on my latest album, Ways of Disappearing (Sunnyside), … END_OF_DOCUMENT_TOKEN_TO_BE_REPLACED

First the good news: As you can see in our annual Festival Guide, there are plenty of jazz festivals scheduled to happen around the world … END_OF_DOCUMENT_TOKEN_TO_BE_REPLACED