Skip to content
Become a member and get exclusive access to articles, live sessions and more!
Start Your Free Trial
Home > Features > George Colligan’s Jazz Truth on the Unique Appeal of Jazz Festivals 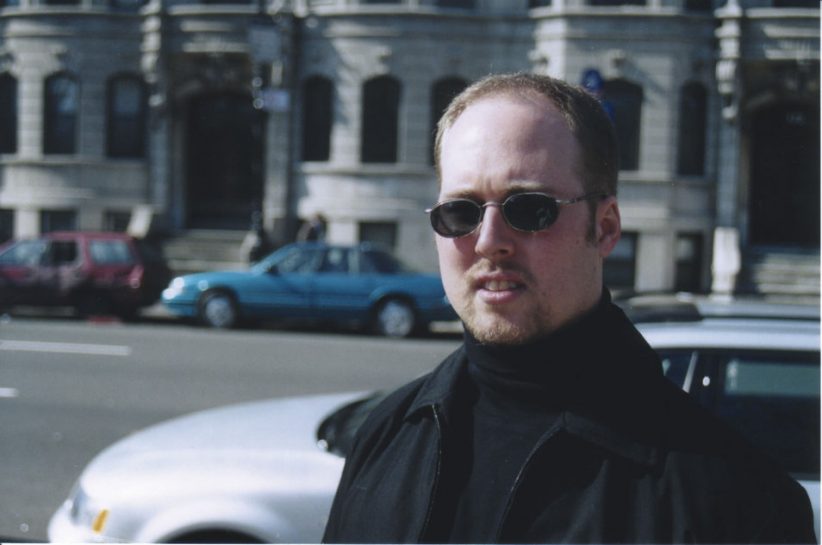 It’s interesting that, while many of us are constantly and annoyingly lamenting the state of jazz and lack of venues and listeners, there remain a large number of jazz festivals, not only in the United States, but all over the world. Festivals are great to be a part of because it really feels like a special event, and hopefully, there are large enthusiastic crowds. Jazz festivals are one of the few places where jazz musicians can almost feel like a rock star! Also, being a performer but also a jazz fan myself, I get to hear a bunch of bands that I wouldn’t normally get to hear-for free! Plus I get to see many old friends and colleagues, if only for a few minutes of conversation between the dressing room and the stage. Sometimes it’s a bit overwhelming, and honestly, I’m not sure why you would want to have more than one show happening simultaneously, where folks have to either choose between two great artists, or walk back and forth between multiple venues; it feels a little like when I used to go to Tower Records in New York and they would have five different televisions all showing music videos, none of which were related to the music piped through the speakers! Still, I’m glad that festivals are still in existence, maybe even thriving, or at least surviving. And I feel lucky to get to do them occasionally.

Festivals are probably the most prestigious, and therefore competitive venue in jazz. (I’ve sent material to MANY a festival and been turned down.) There are the huge jazz festivals like The North Sea in Holland, Monterey in California, and Montreux in Switzerland; however, there are countless smaller festivals all over the place which, if they are well organized, are also fun to be a part of. I recently got not one but three chances to play on the Cathedral Park Jazz Festival in Portland. I had heard that this festival had some problems last year. Thanks to organizers Paul Evans and Mary Sue Tobin, this year’s inception of the festival was from my and all other accounts a huge success. Cathedral Park is in North Portland, right in a lovely neighborhood called St. John’s, and right in front of the Willamette River. I played three sets: one with trumpeter Farnell Newton and some of our PSU students, one with saxophonist Pete Peterson and his group, and then I closed the day as the headliner with my quartet featuring David Valdez on alto, Chris Higgins on bass, and Alan Jones on drums. It was a long day in the sun, but the audiences were large and enthusiastic. I’m looking forward to hopefully being a part of it next year.

One of the more prestigious and historic jazz festivals in the world is the Newport Jazz Festival in Newport, Rhode Island. The festival was founded in 1954 by a lady named Elaine Lorillard. She and her husband Louis helped to pay for the festival for years. They brought the famous presenter George Wein to produce the festival. Wein brought the biggest names to Newport for many decades. (I believe that Wein now plays an advisory role to the festival; Dan Melnick is now the Artistic Director.)

The Newport festival was originally billed as” First Annual American Jazz Festival.” In the early years, there was tension between the festival organizers and the wealthy residents of Newport. The upper class folks didn’t want the “commoners” coming into their community. Also, the fact that many of the featured musicians were black didn’t help things. They were also concerned about the traffic on the small streets of this beach town (which is admittedly, still a problem).

Newport is noteworthy because Duke Ellington’s performance there in 1956 is regarded as the concert which revitalized his career. They made the concert into a very successful recording (Ellington at Newport). It’s also worth noting that the 1969 Newport festival included jazz groups as well as rock and soul groups like Blood Sweat and Tears, and Sly & the Family Stone. Miles Davis, who also performed that year, observed the energy from the new music and the response from the younger crowd; supposedly, this is what led him to record the pivotal fusion album Bitches Brew.

I’ve been lucky to perform at Newport five times (if you include my two performances yesterday). My first time was with Cassandra Wilson in 2000; I performed there in 2002 with Ravi Coltrane, and in 2009 with Christian McBride and Billy Hart. I’ll never forget my first time because of the variety of bands, and also the fact that audience, even when it started raining, sat through all of it. The lineup, besides Cassandra Wilson, consisted of Celia Cruz, Maceo Parker, John Zorn and Dave Douglas, and finally ended with Boney James and Rick Braun. So we got to hear Latin Jazz, Funk Jazz, Free Jazz, Mainstream Vocal Jazz, and Smooth Jazz all is one “sitting”.

Yesterday, as I mentioned, I got to play twice; first with Jack DeJohnette’s working band (Dejohnette, yours truly on keys and pocket trumpet, Rudresh Mahanthappa on alto, David Fiuczynski on guitars, Jerome Harris on basses). I have to admit, it was a blur; I took the Jet Blue Red Eye to Boston to make the gig, and I didn’t sleep at all on the flight, so I was pretty gone. However, there is a recording on NPR, so I can go back and listen to it and see if I was playing the right chords! In all seriousness, it’s always an honor to play with this unit, and since we have played together many times over the past three years, we have a musical rapport which transcends any physical or technical distractions.

I got to hear some really nice groups between sets; I heard a bit of Christian McBride’s Inside Straight, James Carter’s Organ group, and The Bad Plus featuring Bill Frisell. I also had the fortune to see a short but powerful duo set of DeJohnette and pianist Jason Moran. They did two freely improvised pieces which were both marvels of spontaneous interplay. (When you see pure improvisation on that level, it makes you wonder why anyone would ever try to have any preconceived notions about music at all! Why would we ever rehearse? If you can get on stage and “talk” to each other, save it for the concert!) And I got to see some folks that I rarely see. I actually had a nice conversation with Moran about our respective kids (he has three!), and New York living versus Portland living. (Moran has previously admitted that he reads and enjoys jazztruth! I’ll have to get an interview at some point.)

Maybe in the future, I’ll have to bring my family and make more of a weekend out of Newport, socan take in more music and be more relaxed. I think when my son is a little older, it will easier to travel with him, and he’ll be able to come and see a great jazz festival. (He came to the Saratoga Jazz Festival last year, but he was so little then. I think he enjoyed some of the music, but I doubt he remembers. Although I and my wife remember when he vomited in the car on the drive back to New York, because he was so cranky from missing his bedtime…)

The second set was another Jack DeJohnette performance, this time with a totally different cast: Christian McBride on acoustic bass, Lionel Loueke on guitar, Jason Palmer on trumpet, Tim Ries on tenor and soprano saxophones, and Luisito Quintero on percussion. I had never played with this particular configuration, and I had only played the repertoire once in January for DeJohnette’s 70th birthday celebration at the Blue Note in New York. But what the heck; I took my chances and figured, as long as I have McBride’s booming bass in my monitor, I’ll be able to figure out what’s going on harmonically. I was especially impressed with Loueke and Palmer, with whom I had never played before. It seemed like DeJohnette was really warmed up now, and the presence of Quintero next to him on the stage really fired him up. Quintero and DeJohnette were constantly creating a percussive dialogue while everything else was going on. One great thing, among many great things, about playing with DeJohnette, is that he never lets you down; he’s always aware of the energy, and he’s always pushing you to play your best, without overpowering or distracting. And it’s kind of mysterious how much intensity DeJohnette gets out of the drums and cymbals, yet he looks like he’s barely holding the sticks! (Here’s a link to the concert, which opens with the duo of Moran and DeJohnette, and then features the full group.)

Again, it was a true honor to be asked to play with two groups for the Newport Festival. I hope to return someday in the future. And hopefully next time I will be more awake!

To read more blogs from George Colligan, visit his website.

Organ trios and quartets were ubiquitous by the mid-1960s. In African American neighborhood bars and clubs up and down the East Coast, throughout the Rust … END_OF_DOCUMENT_TOKEN_TO_BE_REPLACED

Terence Blanchard looked around the restaurant table and launched into a gentle sermon about jazz education in Detroit that was part homily, part pep talk, … END_OF_DOCUMENT_TOKEN_TO_BE_REPLACED

Creating a program of solo piano music is the ultimate challenge for any improvising pianist. The music on my latest album, Ways of Disappearing (Sunnyside), … END_OF_DOCUMENT_TOKEN_TO_BE_REPLACED

First the good news: As you can see in our annual Festival Guide, there are plenty of jazz festivals scheduled to happen around the world … END_OF_DOCUMENT_TOKEN_TO_BE_REPLACED