Skip to content
Become a member and get exclusive access to articles, live sessions and more!
Start Your Free Trial
Home > Features > Free for All: Reflections on Ornette Coleman 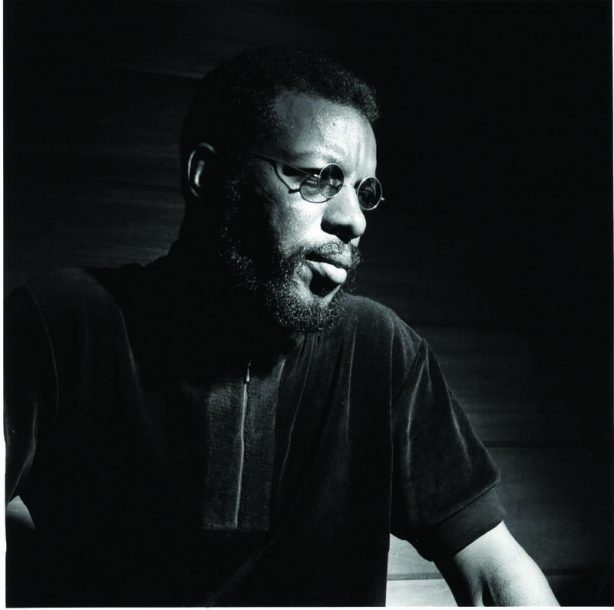 Ornette Coleman, who died on June 11 at 85, received due credit in his time: as an alto saxophonist of singular impact, a composer-bandleader of restless purpose and an all-around trailblazer, the man who did more than anyone to blow open modern jazz’s orthodoxies of style. A recipient of the first Guggenheim Fellowship for jazz composition in 1967, he later became a MacArthur Fellow, an NEA Jazz Master and the winner of both a Pulitzer Prize and a Grammy Lifetime Achievement Award. Still, there remained to the end an air of the maverick about Coleman. “He was seen as a native avant-gardist,” wrote Ben Ratliff in a front-page obituary for the New York Times, “personifying the American independent will as much as any artist of the last century.”

To my mind, Coleman was quite possibly jazz’s greatest humanist. In his music as in even the most casual conversation, he was always drawing parallels between sonic principles and the human condition. And unlike some other important exponents of free jazz, he wasn’t inexorably drawn to mysticism or religion, choosing to frame his innovations as the product of personal inquisition. However slippery and circuitous his logic-as an improviser and certainly as the auteur of harmolodics, his idiosyncratic music theory-it nevertheless was some kind of logic, striving toward a rational ideal.

Coleman once said to the critic Martin Williams, one of his early champions, that “rhythmic patterns should be as natural as breathing patterns.” In analogous fashion, the imploring cry in his alto saxophone sound was often said to evoke the inflections of human speech, a standard against which most organized Western music could, by comparison, seem hopelessly constrained. “Every note that has a title has so many frequencies to represent that note,” he told me in 2006. “But that’s not true of your voice. We’re speaking, right? But we don’t have to tune up to talk.”

We were sitting on a couch in Coleman’s capacious loft, in the garment district of Manhattan. He was about to release Sound Grammar, on a new label of the same name, and I was gathering intel for a cover story in JazzTimes. (The album, his last sanctioned release, was the one that earned him the Pulitzer.) Grasping for a clearer understanding of harmolodic theory, I lobbed a handful of questions building on his own grammatical analogy; was he implying, then, that sound adheres to its own rules of usage? He humored this line of inquiry for a while, regaling me with examples of the pesky intervallic issues that harmolodics was meant to address. He was especially hung up on the idea of transposition between different keys, seeming to regard it as a metaphor for the stubborn obstacles that lay in the path of social harmony.

Given that Coleman named one of his albums Of Human Feelings-incidentally, his best with the harmolodic funk band Prime Time, released on Antilles in 1982 and still maddeningly out of print-I should have known he would speak even more pointedly about the primacy of emotion. “The only thing that can change sound is emotion,” he said firmly. “Other stuff just gets in the way and makes it sound like noise. But emotion actually changes sound. Which means that emotion is 10 times more pure than sound.”

That’s an unscientific claim, but Coleman’s body of work partly illustrates the point. “Lonely Woman,” his best-known composition, remains a miracle of mournful empathy. “Focus on Sanity,” with that “heh-heh-heh” riff in the melody, captures the feeling of delirium. Coleman’s output of the late 1950s and early ’60s is often appraised for what it didn’t do: follow the harmonic contours of a song à la bebop precursors like Charlie Parker. One reason it all still sounds so vital, more than half a century later, is that Coleman wasn’t upending formal principles as some sort of intellectual exercise. He was simply pursuing his own unbound intuition. The emotional aspect of his music probably had some bearing on the intensity of reactions in the jazz establishment, with some denouncing him as a charlatan and others hailing him as a genius. His playing prompted Miles Davis, rather famously, to declare that he was “all screwed up inside.”

There’s a fascinating moment in Ornette: Made in America, Shirley Clarke’s 30-year-old documentary, recently reissued on Blu-ray and DVD. Coleman is sitting on the rundown porch of his childhood house in Fort Worth, Texas, counseling his son, Denardo, about the importance of an artist holding fast to his original idea. Just then, a freight train rumbles past, on the edge of the frame. Coleman doesn’t seem to notice its presence, or the clangor of the crossing bell, until Denardo mentions the disruption. “Oh, yeah,” Coleman says then, with a faraway grin. “That train used to wake me up every morning. Yeah, I was living really close to the track there.”

Whether or not that locomotive racket was in some way formative, it’s instructive to think of Coleman as practically hardwired for the revelatory thrust of his art. There was an unforced, almost guileless quality to his music, which is why it’s not really accurate to call him an iconoclast, despite the insurgent titles of his early albums, like This Is Our Music, Tomorrow Is the Question! and, of course, The Shape of Jazz to Come.

More than any major jazz musician I can name, Coleman’s music proposed a dialectic. His own playing achieved clearest definition in relation to the playing of his bandmates (as opposed to the material). The classic Ornette Coleman Quartet-with Don Cherry on pocket trumpet, Charlie Haden on bass and either Billy Higgins or Ed Blackwell on drums-put this notion to the test almost incessantly, negotiating a musical reality profoundly contingent on each player’s choices from one moment to the next.

This was just as true for Prime Time, and for the other ensembles, lasting or ephemeral, that followed in its wake. Sound Grammar features the quartet that Coleman regularly led in the early 2000s, with Denardo on drums alongside two bassists, Greg Cohen and Tony Falanga. “The reason he has two bass players,” Falanga explained, “is because a bass note changes the character and the function of whatever note is being played against it. Ornette could play a B and if I play a G, it sounds like he’s playing the third; or I could play a C, and it sounds like he’s playing the seventh. So he goes, ‘Now I have two of you guys changing the meaning of my notes as I play them.’ It’s the opposite of most people, who rely on the bass to give them the root of the chord.”

That eagerness to subvert stability, welcoming a multiplicity of interpretations, may have been the most radical facet of Coleman’s art. It sheds light on his openness as a collaborator, which yielded well-documented work with Jerry Garcia, Lou Reed and the Master Musicians of Jajouka-and more informal encounters with countless other musicians, the acolytes and the seekers. (An album released last year, the subject of a lawsuit by Coleman’s estate, was the byproduct of jam sessions at the loft.)

As for that reverence for Coleman among rock musicians and others outside the jazz sphere, it speaks more to the humanist qualities in his music than to his role in changing the face of postbop improvisation. (Some years ago James Murphy, the producer, DJ and former frontman of LCD Soundsystem, proudly showed me a tattoo on his forearm: “This Is Our Music,” in the typeface of the Atlantic album.)

Coleman gave his last performance on June 12, 2014, at Prospect Park in Brooklyn, the guest of honor at his own tribute. Among the other artists taking part were the tap dancer Savion Glover; a couple of the Master Musicians of Jajouka; the experimental musician and performance artist Laurie Anderson; Flea, of the Red Hot Chili Peppers; and the punk poet Patti Smith. I had the good fortune of seeing Coleman in concert almost a dozen times, but I regretfully missed this one, owing to a scheduled trip out of town. There has been talk of releasing a box set of the concert, which would be more than welcome, a fitting postscript to Coleman’s hospitable eminence and a testament to his far-flung influence.

If such a release does materialize, I can only hope that it includes the comments that Coleman made near the top of the concert, as a sort of invocation. “There’s nothing else but life,” he reportedly said. “We can’t be against each other. We have to help each other. It’ll turn out like you will never forget it.”

Organ trios and quartets were ubiquitous by the mid-1960s. In African American neighborhood bars and clubs up and down the East Coast, throughout the Rust … END_OF_DOCUMENT_TOKEN_TO_BE_REPLACED

Terence Blanchard looked around the restaurant table and launched into a gentle sermon about jazz education in Detroit that was part homily, part pep talk, … END_OF_DOCUMENT_TOKEN_TO_BE_REPLACED

Creating a program of solo piano music is the ultimate challenge for any improvising pianist. The music on my latest album, Ways of Disappearing (Sunnyside), … END_OF_DOCUMENT_TOKEN_TO_BE_REPLACED

First the good news: As you can see in our annual Festival Guide, there are plenty of jazz festivals scheduled to happen around the world … END_OF_DOCUMENT_TOKEN_TO_BE_REPLACED