Skip to content
Become a member and get exclusive access to articles, live sessions and more!
Start Your Free Trial
Home > Features > Frank Loesser: A Most Talented Fella 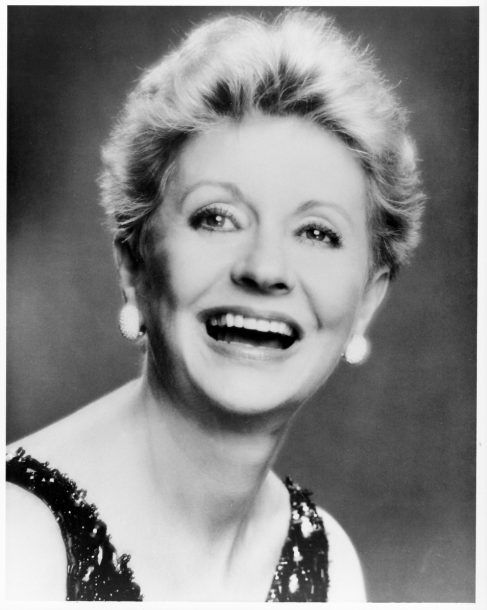 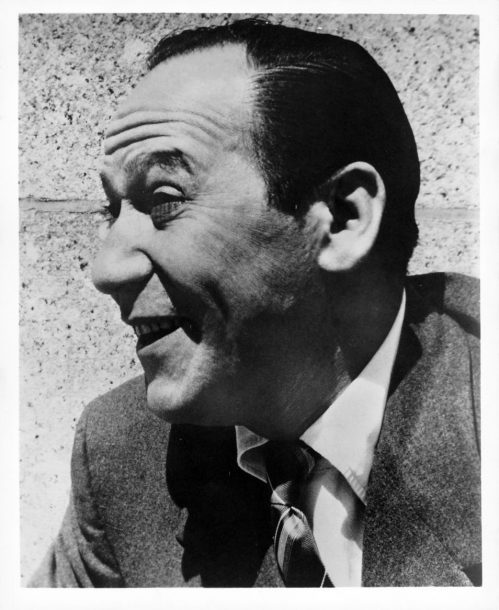 If Frank Loesser had written only the songs for Guys and Dolls his place in the pantheon of popular music would be secured. A near flawless score, it represents the exaggerated quintessence of Loesser’s rare ability to craft lyrics that echo the way Americans genuinely speak. Throughout his relatively brief, four-decade career, Loesser wrote more than 1,600 songs, spanning Tin Pan Alley, Hollywood and Broadway, where his contributions extended beyond Guys and Dolls to include the near-equally sublime How to Succeed In Business Without Really Trying and the lesser-known but distinctly ambitious and intriguing Greenwillow and The Most Happy Fella.

Loesser could be as sophisticated as Cole Porter and as warm as Johnny Mercer, but the lasting appeal of his songs must most strongly be credited to their conversational, everyman style, driven by his unerring ability to tap both modish jargon and the pop culture zeitgeist. You can hear it in the jaunty bounce of “Jingle Jangle Jingle,” the barroom frivolity of “The Boys In the Backroom,” the mesmerizing yearn of “Say It (Over and Over Again),” the playful wartime wistfulness of “They’re Either Too Young or Too Old,” the sweet-tempered lasciviousness of “Standing On the Corner” and the hushed desire of “What Are You Doing New Year’s Eve.” Loesser could be deceptively simple in his song rendering, as best demonstrates by “Inch Worm,” from Hans Christian Andersen and the indelible “Heart and Soul,” both of which have remained perennial childhood staples since their inception. Indeed, in the superb documentary Heart & Soul: The Life and Music of Frank Loesser from 2006, Loesser’s daughter Susan notes that the first songs every kid learns to play on the piano are “Chopsticks” and “Heart and Soul,” adding that she’d been playing the latter for years before she discovered her father had written it. Loesser also had a unique talent for crafting duets with overlapping dialog, the best example of which – “Baby It’s Cold Outside,” from the 1949 Esther Williams epic Neptune’s Daughter – won him his one and only Oscar. According to no less an authority on superlative tunesmithery as Dave Frishberg, “Baby It’s Cold Outside” is “the most masterful piece of material ever written. It’s one of two songs I wish I’d written – the other being “Crazy” by Willie Nelson… Loesser is so good he brings tears to my eyes even with the clever material. His lyrics are painstakingly constructed with the purpose of seizing the listener’s attention and leading him through the song.”

As was evident to anyone who ever heard Loesser speak (a growly hybrid of Frank Sinatra and any of the colorful, dees-and-does Damon Runyon characters that populated Guys and Dolls), he was a native New Yorker, born there on June 29, 1910. He grew up in a German family deeply devoted to classical music, and just as deeply scornful of popular songs. Despite the immensity of his success, Loesser would spend his entire lifetime trying unsuccessfully to convince his musically snobbish father and brother of the worthiness of his work. Fascinated by pop tunes, Loesser began writing lyrics as a teenager. After brief sojourns as a process server, food taster and journalist, Loesser dedicated himself fulltime to lyric writing in the mid-1930s. One minor success, “Bang, the Bell Rang” written in 1937 for The Illustrator’s Show, led to a move west and a contract with Universal Studios. After nine months at Universal, Loesser moved to Paramount where, partnering with such gifted composers as Hoagy Carmichael, Burton Lane and Jimmy McHugh, his career shifted into high gear. Though content with his escalating success as a lyricist, Loesser also wanted to write music, an ambition realized at the height of World War II when he shaped the rousing anthem “Praise the Lord and Pass the Ammunition,” which went on to sell more than two million records. (Popular as “Praise the Lord” was, it was another hit, the impeccably beautiful, home front ballad “Spring Will Be a Little Late This Year,” that would prove the most enduring of his wartime efforts).

As the 1950s neared, he set his sights on Broadway, scoring an immediate smash with Where’s Charly?, a rollicking romp starring Ray Bolger that would add “Once In Love with Amy” and “My Darling, My Darling” to the Loesser hit parade. Next came the landmark Guys and Dolls, which opened at the Forty-Sixth Street Theater in November 1950 and ran for nearly 1,200 performances during its original Broadway run. Often best remembered for the clever lightheartedness of “Fugue for Tinhorns,” “Adelaide’s Lament” (the first musical homage to psychosomatic illness and surely the only lyric that will ever include the word “streptococci”), “If I Were a Bell,” “Sit Down, You’re Rocking the Boat” and the wronged-female ode “Take Back Your Mink,” the dazzling Guys and Dolls score also includes two of the finest ballads ever written, the ode to quietude and contemplation “My Time of Day” and the sweepingly romantic “I’ve Never Been In Love Before.” A filmed version of Guys and Dolls followed in 1955, with the unlikely casting of Marlon Brando as Sky Masterson. Frank Sinatra took second lead as Nathan Detroit. On set, Loesser expressed his displeasure with Sinatra’s performance of certain songs, criticism Sinatra did not take kindly to. A roaring battle ensued, and Sinatra vowed to never again perform or record another Loesser tune (a promise he subsequently often broke, most notably with his sensational rendition of “I Believe In You” with Count Basie on 1964’s It Might As Well Be Swing).

In 1956, Loesser undertook what would prove his most challenging Broadway project, writing libretto, music and lyrics for the semi-operatic The Most Happy Fella. Loesser’s hopes that Fella‘s would at last impress his parents and brother were dashed when they failed to recognize the show’s astute musical sophistication. Four years later, Loesser suffered his first Broadway disappointment with Greenwillow, the odd tale of idealistic nomad Gideon Biggs (played by Anthony Perkins). Though Greenwillow ran only 97 performances, it did leave behind two gem-like standards, “Never Will I Marry” and “Joey, Joey, Joey.”

In 1961, Loesser created the Broadway score whose brilliance would nearly match Guys and Dolls. The sprightly, cartoonish How to Succeed In Business Without Really Trying follows the comet-like career trajectory of scheming, ambitious charmer J. Pierpont Finch (Robert Morse in a star-launching role) as he climbs the ranks of the Worldwide Wicket Company. Loesser ideally captures the Mad Men-esque world of corporate shenanigans and skullduggery in songs like “A Secretary Is Not A Toy,” “Coffee Break,” “The Company Way” and “It’s Been a Long Day,” and delivers the first and only show-stopping love song performed by the star to himself (“I Believe In You,” sung by Morse into a bathroom mirror). How to Succeed In Business, which earned Loesser the Pulitzer Prize, would prove his final musical success. One failed musical, Pleasures and Palaces, directed and choreographed by Bob Fosse, closed out of town, and 1967’s Señor Discretion Himself wasn’t staged until decades after Loesser’s death. A lifelong chain-smoker, Loesser died from lung cancer on July 26, 1969 at the far too young age of 59. As well known for the shortness of his temper as for his vertically challenged stature, Loesser could also be incomparably charming, funny and generous. During the latter half of his career he went to tremendous effort to mentor several successors to his Broadway throne, including Jerry Herman, Jerry Ross and Richard Adler.

This month, in acknowledgement of the 100th anniversary of Loesser’s birth, myriad musical celebrations are taking place. On Monday, June 7, and all-star lineup of singers and Broadway headliners, including Harry Connick Jr., Kelli O’Hara and Megan Mullally, assemble in New York at Cipriani for an American Theatre Wing salute to Loesser’s songs. Cabaret performer Karen Oberlin continues her all-Loesser salute at the Algonquin Hotel’s fabled Oak Room through June 19. On June 26 and 27 at the Kennedy Center, Marvin Hamlish conducts the National Symphony Orchestra Pops in a centenary Loesser homage that will focus on selections from Guys and Dolls and How to Succeed In Business. But the biggest tribute is being saved for Loesser’s actual 100th birthday, June 29. That evening, Turner Classic Movies will present a slate of Loesser-related films including the 1967 big screen adaptation of How To Succeed In Business with Morse reprising his Broadway role, plus Neptune’s Daughter (1949), Red, Hot and Blue (1949), in which Loesser makes a cameo appearance as a gangster, and the flag-waving Thank Your Lucky Stars (1943), where Bette Davis introduces “They’re Either Too Young or Too Old.” The cornerstone of TCM’s schedule will be a re-broadcast of Heart & Soul: The Life and Music of Frank Loesser. And the Loesser caravan will continue into 2011 when Harry Potter himself, Daniel Radcliffe, makes his Broadway musical debut in a new production of How to Succeed In Business Without Really Trying.

If all the anniversary fanfare whets your appetite for more Loesser, there are three books worth searching out. The Complete Lyrics of Frank Loesser (Knopf, 2003) chronicle every word to every Loesser song ever published. Thomas L. Riis’ Frank Loesser (Yale University Press, 2008) provides scholarly analysis of Loesser’s work. Most delightful, though, is A Most Remarkable Fella: Frank Loesser and the Guys and Dolls in His Life (D.I. Fine, 1993; republished in paperback by Hal Leonard in 2000 and still in print), Susan Loesser’s vibrant account of growing up with her larger-than-life dad.

If you’d like to share your comments about Frank Loesser or have suggestions for future installments of Hearing Voices, you can reach me at [email protected]

Organ trios and quartets were ubiquitous by the mid-1960s. In African American neighborhood bars and clubs up and down the East Coast, throughout the Rust … END_OF_DOCUMENT_TOKEN_TO_BE_REPLACED

Terence Blanchard looked around the restaurant table and launched into a gentle sermon about jazz education in Detroit that was part homily, part pep talk, … END_OF_DOCUMENT_TOKEN_TO_BE_REPLACED

Creating a program of solo piano music is the ultimate challenge for any improvising pianist. The music on my latest album, Ways of Disappearing (Sunnyside), … END_OF_DOCUMENT_TOKEN_TO_BE_REPLACED

First the good news: As you can see in our annual Festival Guide, there are plenty of jazz festivals scheduled to happen around the world … END_OF_DOCUMENT_TOKEN_TO_BE_REPLACED