Skip to content
Become a member and get exclusive access to articles, live sessions and more!
Start Your Free Trial
Home > Features > FootPrince 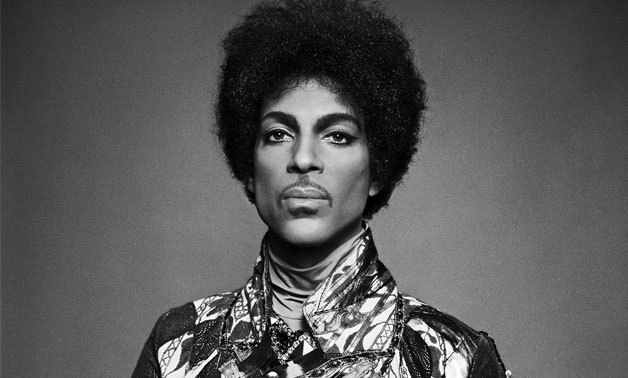 When Prince died suddenly on April 21, his music’s infamous absence on the Internet-the pop icon was a painstaking defender of his catalog-had fans sharing a small handful of available clips on social media. One of the most popular, and most unexpected, was a video segment of a soundcheck from his Musicology Tour of 2004. It features just under three minutes of Prince (on guitar) and members of his band jamming joyfully on a funky arrangement of Wayne Shorter’s “Footprints.”

Covers were rare from Prince, an extremely prolific and successful songwriter; a jazz standard was unprecedented. But perhaps the surprise should be that it took him so long. Jazz was from the beginning of his 40-year career an essential part of the genre-busting musician’s palette. “He was very much a student of the music,” bassist Ben Williams, who got a chance to meet and jam with Prince several years ago, told me. “If you sat down and talked to him you found out that he knew all the songs. He was a big fan of Weather Report, of Herbie, Miles, Chick Corea.”

And he was to the manner born. His father, John L. Nelson, was a Minneapolis jazz pianist, working under the stage name of Prince Rogers. (He would name his son Prince Rogers Nelson, after his alter-ego.) His mother, Mattie, was a jazz singer. Seven-year-old Prince used his father’s piano to write his first song, “Funk Machine.” The title is one that might have suited Prince at the height of his career, but it was written in 1965, at a time when funk meant not James Brown’s “Cold Sweat” but Horace Silver’s “Song for My Father.”

Prince followed funk into its redefinition as groove-centered R&B, which is where he started his professional career. But jazz was also present. In the early years it was subtle: “Crazy You,” from Prince’s 1978 debut, For You, takes its dulcet rhythmic feel from Brazilian jazz; 1979’s “It’s Gonna Be Lonely” uses a flatted-fifth chord progression.

It was with 1985’s Around the World in a Day that Prince began overtly experimenting with jazz. Along with an improvised piano line (“Condition of the Heart”) and freeform sax (“Temptation”), he hired the great jazz arranger Clare Fischer to write string parts. (Fischer soon gained a reputation as a pop-music “sweetener,” but his work with Prince was often dense, with many moving parts.) He expanded these explorations with the next album, Parade, on which he also expanded his backup band, the Revolution, with saxophonist Eric Leeds and trumpeter Atlanta Bliss-the latter of whom sometimes (as on the 1986 recording “Power Fantastic”) seemed to directly channel Miles Davis. They stayed with Prince after the Revolution disbanded, and continued pushing into jazzy directions, even jamming on Bird’s “Now’s the Time” in the 1987 concert film Sign o’ the Times. Prince and Leeds also formed Madhouse, a jazz-fusion side project.

Prince also forged a friendship with the actual Miles Davis, then in the final phase of his career and similarly steering jazz influences toward rock, funk and R&B. They found enough common ground: Bootleg tapes circulate of them playing together, including one recorded at a 1988 concert at Paisley Park (Prince’s home and studio outside Minneapolis) and a studio track, “Can I Play With You,” intended for Miles’ 1986 album, Tutu. (It was apparently withdrawn at Prince’s request.) The trumpeter would write in his 1989 autobiography that Prince “can be the new Duke Ellington of our time if he just keeps at it.”

He did keep at it, and kept tapping into a jazz vein as well. By 1991’s “Strollin’,” he was straight-up swinging. (As well, “Days of Wild,” a hip-hop track written a couple of years later, paraphrases Ellington’s “Caravan.”) But it wasn’t for another decade that he entered a profoundly jazz-embracing phase, beginning with 2001’s underrated The Rainbow Children. That album was followed in 2003 by three albums of unfiltered jazz fusion: Xpectation, C-Note (both released exclusively through Prince’s NPG Music Club) and N.E.W.S. (which received a mass-market release). They are instrumental, rarely following traditional song structures; and in truth, they mostly aren’t very good. But these recordings do show the man probing jazz territory with abandon.

That phase had mostly passed by 2004’s Musicology, Prince’s funk comeback, but it never completely faded. It was during the Musicology tour, for example, that he started playing “Footprints.” On Facebook his band’s arranger, Greg Boyer (a jazz trombonist), recently recalled charting the tune for him “during a time he was taking a keen interest in Wayne Shorter and Cannonball Adderley.” Even as late as his final album, last year’s HITnRUN Phase Two, he was using melodies and horn arrangements (as on “Groovy Potential”) that were clearly informed by jazz.

“Groovy Potential” also included deft guitar obbligati that might have come from a Wes Montgomery record, leading us to Prince’s most famous musical aspect: his guitar playing. Fans generally recognize him for his pyrotechnic lead lines and solos like “Purple Rain” or “Let’s Go Crazy,” rock and funk smorgasbords that rank alongside Jimi Hendrix and Eddie Hazel. But he could also play with the kind of restraint and subtlety one expects from jazz guitarists, particularly on rhythm guitar. His first major hit, “I Wanna Be Your Lover,” finds Prince playing a light-but-steady groove a la Freddie Green; the aforementioned “Crazy You” has an unbearably soft but crucial lead line, drawn directly from jazz vocal accompaniment. Even by 1992, when his guitar-hero credentials were indisputable, he was adding fragile, jazz-flavored riffs and fills on songs like “Love 2 the 9’s.”

And if Prince fed off of jazz, the reverse is also true. A number of musicians have explored his catalog. Most notably, Herbie Hancock’s 1995 album, The New Standard, included a take on Prince’s “Thieves in the Temple” that managed to work in both the Horace Silver and James Brown definitions of funk. With the national outpouring that has followed his death, look for those explorations to increase exponentially. He has left footprints indeed.

Organ trios and quartets were ubiquitous by the mid-1960s. In African American neighborhood bars and clubs up and down the East Coast, throughout the Rust … END_OF_DOCUMENT_TOKEN_TO_BE_REPLACED

Terence Blanchard looked around the restaurant table and launched into a gentle sermon about jazz education in Detroit that was part homily, part pep talk, … END_OF_DOCUMENT_TOKEN_TO_BE_REPLACED

Creating a program of solo piano music is the ultimate challenge for any improvising pianist. The music on my latest album, Ways of Disappearing (Sunnyside), … END_OF_DOCUMENT_TOKEN_TO_BE_REPLACED

First the good news: As you can see in our annual Festival Guide, there are plenty of jazz festivals scheduled to happen around the world … END_OF_DOCUMENT_TOKEN_TO_BE_REPLACED