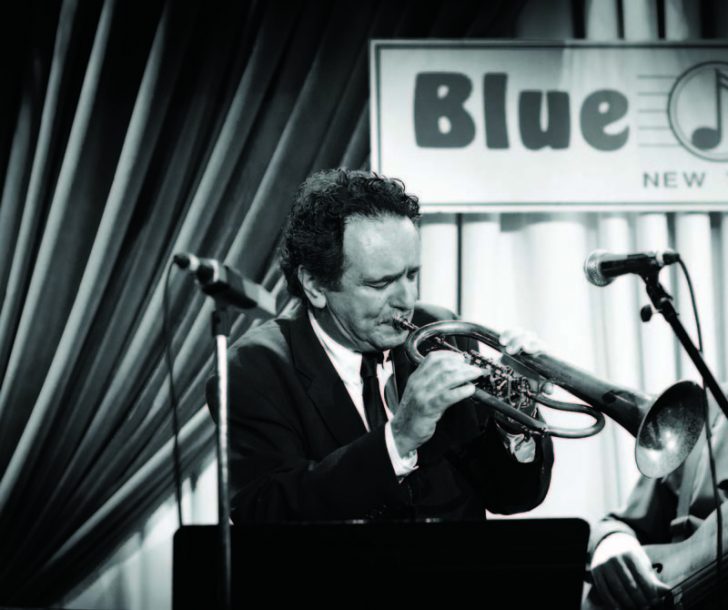 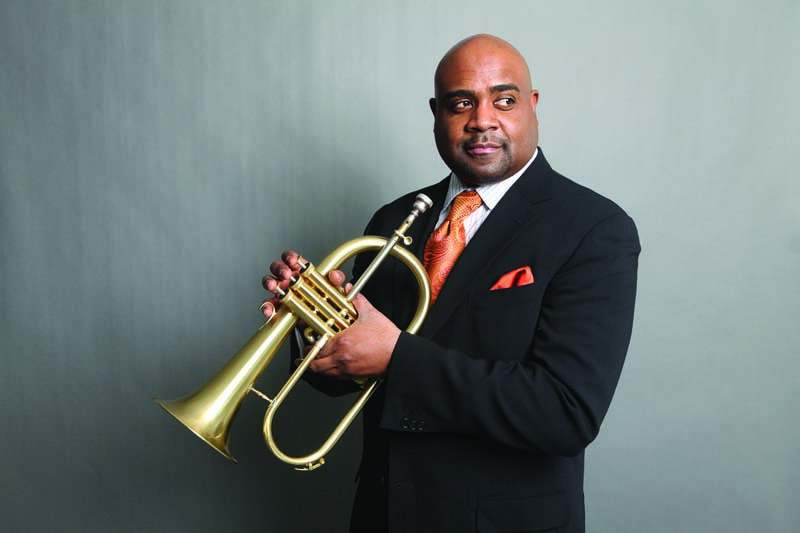 For Terell Stafford, it was the sound. Particularly, Chuck Mangione’s sunny, eminently hummable 1977 megahit “Feels So Good.” For Claudio Roditi, it was the image—namely, a magazine cover photo of Art Farmer grasping an unfamiliar instrument. But whatever the reason for wanting to play the flugelhorn, there are a few key pieces of advice these masters have for any trumpeter interested in doubling on the horn.

Both agree that, first and foremost, players need to remember that the flugelhorn is not a trumpet, regardless of the similarities. With its wider bore and deeper, conical mouthpiece, it offers less resistance, making it easier to play—in theory. Trumpeters will still find much to get used to. “There is a physical challenge to flugelhorn, but not nearly the physical challenge that trumpet possesses,” says Stafford, the acclaimed trumpeter, flugelhornist and educator whose most recent album is last year’s Lee Morgan tribute Brotherlee Love (Capri). “It requires good technique because it’s easy to blow airballs on it, especially coming from the trumpet. You need to find that sweet spot on the flugelhorn to make it resonate and not overblow it, yet not back off so much that you start missing notes.”

The adjustment can be difficult in either direction. “The flugelhorn is a freer instrument to blow, so when you go back to the trumpet you face more resistance,” explains Roditi, a veteran of Dizzy Gillespie’s United Nation Orchestra and McCoy Tyner’s groups, among many other credits. “You have to find the right amount of resistance for both these instruments that allows you to feel relatively comfortable going from one to the other. When you go back to the trumpet, sometimes it sounds like you’re playing a kazoo.”

Proper practice techniques are essential to finding that resistance, says Stafford. “Always practice the B-flat trumpet first, to get warmed up and get your center of sound, get your air moving and your technique going. From there go to the flugelhorn, and see if you can find ways to play long tones that you can crescendo and decrescendo on. At the point when you’re crescendoing, listen for when the sound starts to distort—that’s when you know you’ve reached a point past your resistance. Let that be your governor to say, ‘If I go past this point I’m going to distort the sound.’ Then back off from there and embrace the sound and resonance that you get when you don’t overblow the resistance of the horn.”

Stafford also underscores how important it is to invest in a quality instrument. “Make sure you seek advice from professionals, and don’t let the Internet guide you through a purchase,” he says. “Find a mouthpiece that’s comfortable, make sure it’s a flugelhorn that has good intonation and that you don’t have to fight too much. You could get a horn that’s nothing but a complete nightmare. Sometimes the more we want to save money the more physical issues we can create for ourselves.”

Finding a flugelhorn in his native Brazil in the early 1960s proved especially challenging for Roditi. He hoped to land one while in Vienna for a jazz competition, but could only locate rotary-valve horns, played sideways rather than vertically. He eventually found a piston-valve flugelhorn in Brussels, which better matched the photo of Farmer that had sparked his fascination. “First of all, I was in love with the look,” he says. “Second, the natural sound of the flugelhorn is prettier than the sound of the trumpet. It’s hard to get a really good sound on trumpet. With the flugelhorn, when you put a deep cup mouthpiece on, immediately the sound is trombone-like or French horn-like.”

He later came around to his initial find, and now plays a rotary-valve flugelhorn exclusively. “Because the rotors move sideways, just like French horn valves, the interaction between the notes is different. The action is very short when you press a valve, so when you play a legato phrase it’s cleaner, almost saxophone-like. The piston separates the notes a little more.”

Regardless of technique or design, it’s the entrancing sound of the flugelhorn that is ultimately the main attraction. Ballads are the most obvious natural setting for the flugelhorn, though Stafford also suggests it works well in samba and on waltzes, “anything that has a really melodic quality that’s in the middle of the horn.” The most common mistake, he continues, is to try to take the sound into the upper register. “It’s not an instrument to be played high. It’s an instrument to embrace melody. It has a true vocal quality, so check out the range of most vocalists. Don’t treat it as an extension of the trumpet. If you treat it as its own instrument and find the centeredness of the sound, you can get the warmer, fuller, darker sound that everyone wants.”

Organ trios and quartets were ubiquitous by the mid-1960s. In African American neighborhood bars and clubs up and down the East Coast, throughout the Rust … END_OF_DOCUMENT_TOKEN_TO_BE_REPLACED

Terence Blanchard looked around the restaurant table and launched into a gentle sermon about jazz education in Detroit that was part homily, part pep talk, … END_OF_DOCUMENT_TOKEN_TO_BE_REPLACED

Creating a program of solo piano music is the ultimate challenge for any improvising pianist. The music on my latest album, Ways of Disappearing (Sunnyside), … END_OF_DOCUMENT_TOKEN_TO_BE_REPLACED

First the good news: As you can see in our annual Festival Guide, there are plenty of jazz festivals scheduled to happen around the world … END_OF_DOCUMENT_TOKEN_TO_BE_REPLACED