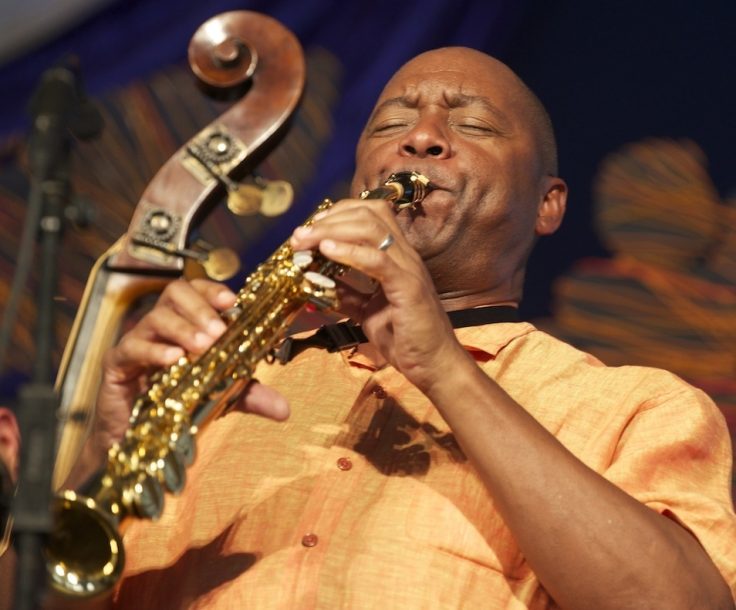 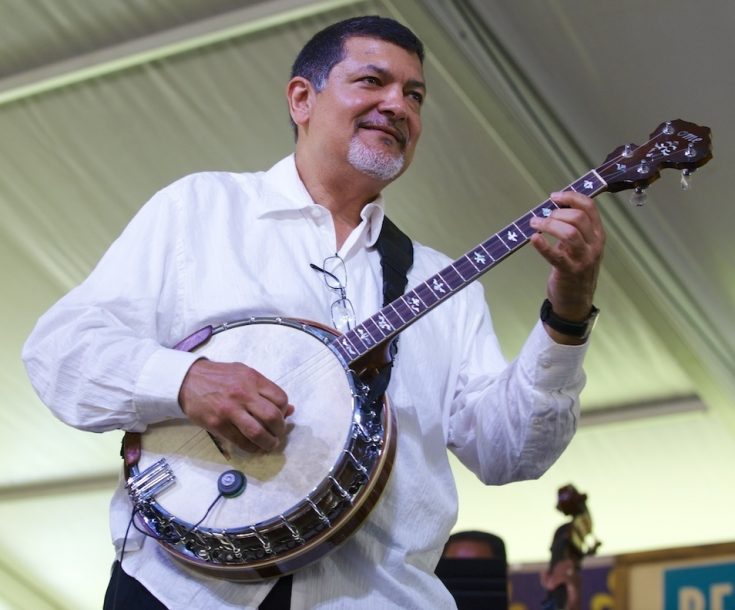 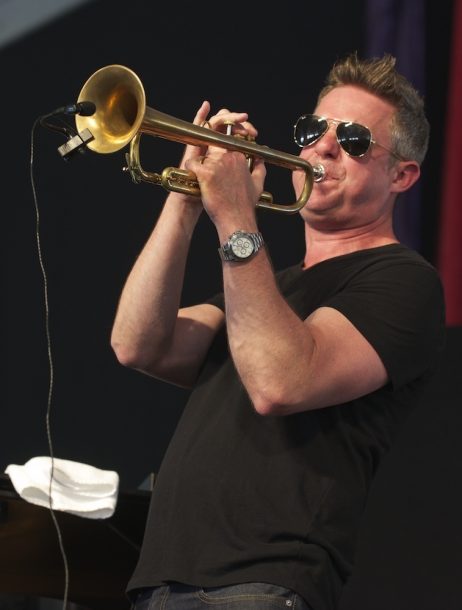 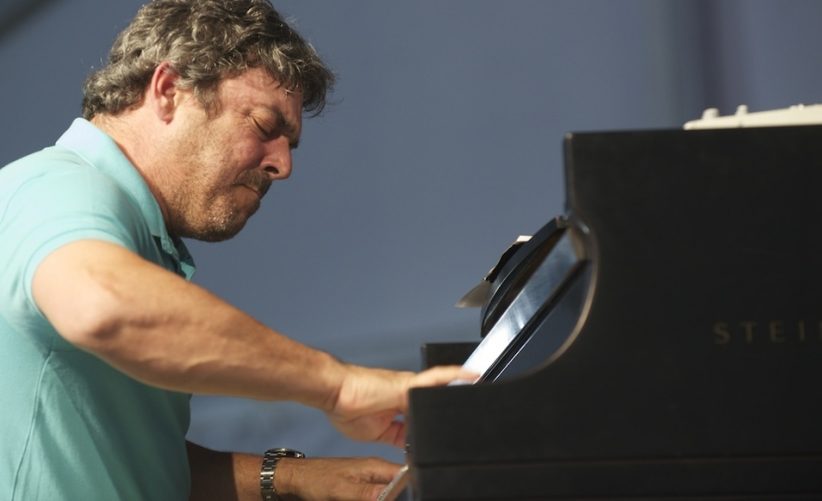 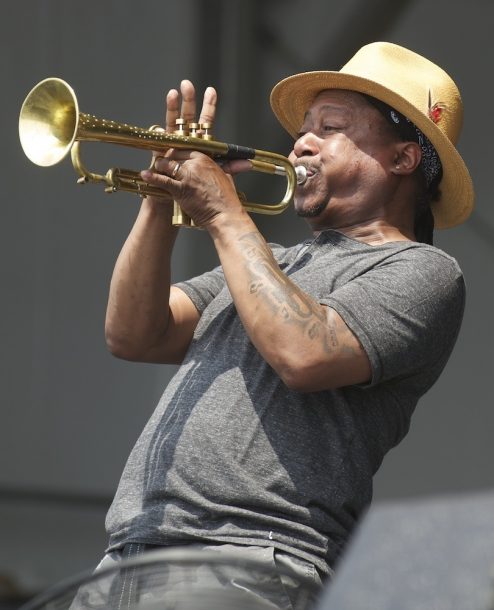 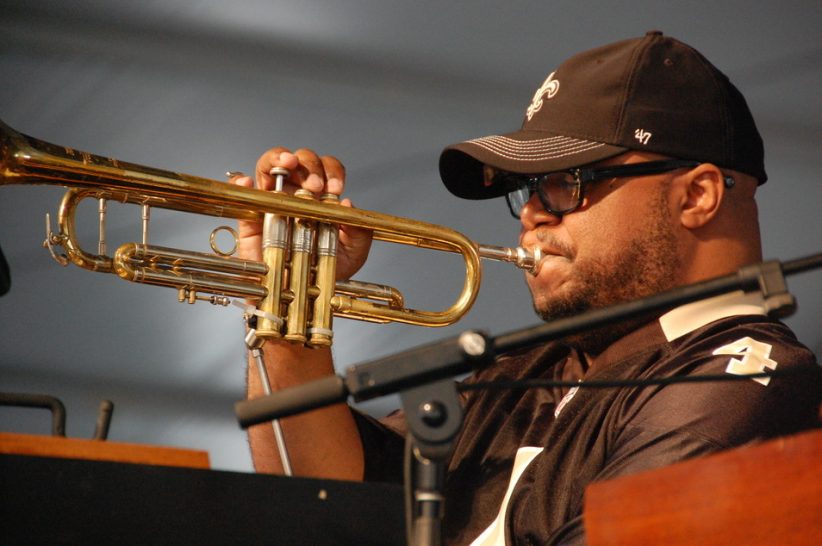 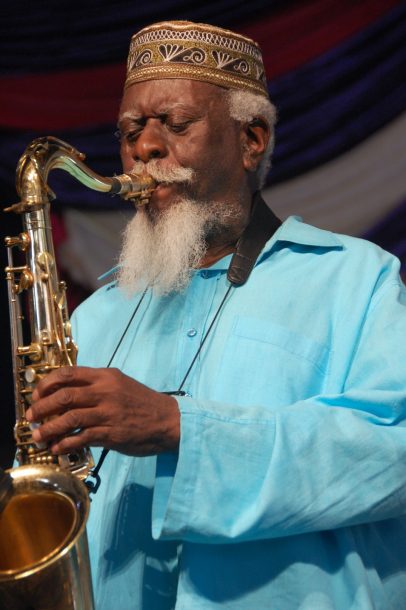 The New Orleans Jazz & Heritage Festival, which held its first weekend for 2014 on April 25-27, proves year after year how devoted jazz fandom doesn’t have to revolve around postbop or the avant-garde or New York City club activity. Like New Orleans itself, Jazz Fest maintains that jazz is a folk music, a populist American art that thrives in the sun. It’s still beer-drinking music, after all; it always has been.

There is perhaps no better personification of that credo than Kermit Ruffins, a local institution and one of the event’s many welcome compulsory bookings. Amid spirited, effective trumpet solos and his faux-Satchmo-Prima vocals, he cracked spirited, effective jokes: “I quit drinking and smoking weed,” went one, “but I did again today for you guys. I didn’t want to disappoint you.”

I’m sure this wasn’t the first, or 100th, time Ruffins made that quip, or crooned “On the Sunny Side of the Street.” Part of Jazz Fest’s appeal lies in its dependable local delights, in the upholding and strengthening of the city’s myriad traditions. You return to the same stages, food stands and local artists, but the sameness induces comfort rather than monotony. Most of my favorite moments from April 25-26 centered on artists I enjoy visiting like you might relish a particular place.

Joyous bedlam once again permeated the Peoples Health Economy Tent during the Treme Brass Band’s set. Like Ruffins, trumpeter and singer Jamil Sharif expertly straddled the line between trad-jazz and R&B during his Peoples tent set, and possessed a workmanlike but character-rich voice. Jeremy Davenport, a Crescent City staple who mines the common ground between Harry Connick Jr. and Chet Baker, offered charming reads of standards like “A Beautiful Friendship,” with a thoroughly worked-in band.

Tricia Boutté sounded tremendous on “Hallelujah, I Love Him So” (and revealed she once toured with one of this year’s commercial headliners, Public Enemy) but went almost head-to-head schedule-wise with the annual centerpiece concert by trumpeter Irvin Mayfield & the New Orleans Jazz Orchestra. That band touted at least one stunner vocal spot of its own in Haley Reinhart’s take on “Come Rain or Come Shine,” in which the singer worked just the right amount of cabaret sass into the R&B and jazz. Mayfield’s ensemble also delivers, each year, heavyweight soloists who wonderfully invoke the raucous beginnings of the jazz big band; one such player is saxophonist Dr. Ed “Sweetbread” Petersen, who gave a clinic in overblowing. Banjoist and guitarist Don Vappie nudged trad-jazz into small-group swing while tastefully subverting both traditions with elements like an electric slide-guitar solo.

(“New Orleans jazz” as played by contemporary New Orleanians isn’t histrionic; to put it another way, no one is playing dress-up here. The music adapts and accommodates much more than it’s given credit for. Still, it can be fun, and fascinating, to witness some top-notch fetishization of jazz history, which Jazz Fest imports yearly. Case in point for 2014: the Maryland Jazz Band of Cologne, Germany, lovingly drifting through Johnny Wiggs’ gorgeous yet overlooked “City of a Million Dreams.”)

But Jazz Fest also books a handful of jazz headliners who don’t necessarily hail from New Orleans, the sort of written-about touring players and singers you might see in prime slots at Newport or Monterey. One of those highlights on Friday was Gregory Porter, Blue Note’s vocal hope and a steadily climbing jazz celebrity. (Porter played the Jazz Tent opposite pop headliners Santana, Public Enemy and the Avett Brothers, which brings up a worthwhile Jazz Fest tip: If you don’t burrow into the hordes in front of the main stages, the remaining eight or so venues empty out for easy, comfortable spectating.) Porter is now entering Dianne Reeves territory, where each set is a self-contained triumph. He brought out underutilized repertory like Max Roach and Abbey Lincoln’s “Lonesome Lover,” interpolated old favorites like “Hit the Road Jack” and offered originals, such as “On My Way to Harlem,” that pointed up an earthy yet intellectual blend of jazz and R&B indicative of the ’60s.

Branford Marsalis, who headlined the Jazz Tent the following day, brought another kind of terrific duality to bear, being both a Louisianan and an unimpeachable member of modern jazz’s A-list. His quartet, a perennial contender for jazz’s Greatest Working Band, also evinced power and brains in equal measure, and worked the sweet spots from 2012’s Four MFs Playin’ Tunes. Among the highlights I took in: pianist Joey Calderazzo’s brusquely swinging “The Mighty Sword” and an equally mighty version of Monk’s “Teo” that imagined the quirk-filled tune tackled by Coltrane’s classic quartet. Like Jazz Fest itself, the performance was at once old and new, intelligent and fun. EVAN HAGA

Figuring out how to get your message across is no easy task, but deciding what you want to say is just as difficult. During the second weekend of the 2014 New Orleans Jazz & Heritage Festival (May 1-4), though, the artists had that second idea down. They were sure of themselves, and sure of their direction. Perfecting your delivery is a lifetime pursuit, but before you can even begin to tweak the way you do something, you need something of substance to do.

On May 2 in the Jazz Tent, Nicholas Payton and the New Orleans 4 issued a warm, sticky set that most closely resembled neo-soul. And though the group veered off into more traditional jazz territory at least once, R&B was what they were doing; that’s what was going on. Trumpet to his right, organ to his left, and a Fender Rhodes and clavinet in front of him, Payton and his bandmates-electric guitarist Derwin “Big D” Perkins, electric bassist Braylon Lacy and drummer Russell Batiste Jr.-made music full of bubbling low-end, heavy beats, smooth-jazz six-string and keyboards. Payton got peaceful on the Rhodes, funky on the clavinet and ecstatic on organ. The leader’s trumpet work, excellent as it was, was merely the cherry on top; Payton’s main ax this set was Rhodes. If musicians like D’Angelo and Erykah Badu kept coming to mind, perhaps the bass playing was part of it, too-Lacy has toured with Badu and appears on her Mama’s Gun album.

Immediately after Payton’s appearance, saxophone legend Pharoah Sanders took the stage with an acoustic quintet. Here, again, there was something very precise happening, though it was coming from Sanders as opposed to the group as a whole. From simmering spiritual jazz to a romantic ballad to a hardbop cut to the soothing, performance-ending “The Creator Has a Master Plan,” Sanders’ voice on tenor was as defined as it gets. Clear, full, triumphant and with its rough edges still intact, his sound cut right to the core of things, tune after tune. Every time he put that gold saxophone up to his white beard, it took your breath away. The leader had to hobble over to a side-stage seat when he wasn’t playing, but his horn work was always strong.

The following afternoon on the Acura Stage, guitarist Tab Benoit’s Voice of the Wetlands All-Stars played swamp-blues for a sea of Bruce Springsteen T-shirts (the Boss was up next on that stage). That’s what it did; that’s what it was. There was also something quite particular fueling the seven-piece group: drummer Johnny Vidacovich and Meters bassist George Porter Jr. Underneath vocals, harmonica, violin, two guitars and Cyril Neville on percussion, Porter and Vidacovich did not stand out but they were impossible to ignore. They held the music up. They supported it. With them as a net, there was no way the band could fail. They played strong and unflappably, but offered no opinions of their own; it was a selfless act.

I only caught the last 20 minutes of pianist Allen Toussaint’s set, but once again, here was a man who knew himself. Backed by a large group including three backup vocalists and five horns, Toussaint and company ran through music including “Get Out of My Life, Woman” and a medley of “Everything I Do Gonh Be Funky (From Now On),” “Mother-in-Law,” and “Working in the Coal Mine.” These are compact, funky, catchy pop songs. They are perfect: simple lyrics, good grooves, relatable topics. And that’s what he does and has been doing since the early ’60s. It was thrilling to hear these songs performed by their composer, but just as exciting to stand before an artist that was what he was. Acceptance is not necessarily settling. And one way to push limits is to fully develop what’s inside of them. BRAD FARBERMAN

Organ trios and quartets were ubiquitous by the mid-1960s. In African American neighborhood bars and clubs up and down the East Coast, throughout the Rust … END_OF_DOCUMENT_TOKEN_TO_BE_REPLACED

Terence Blanchard looked around the restaurant table and launched into a gentle sermon about jazz education in Detroit that was part homily, part pep talk, … END_OF_DOCUMENT_TOKEN_TO_BE_REPLACED

Creating a program of solo piano music is the ultimate challenge for any improvising pianist. The music on my latest album, Ways of Disappearing (Sunnyside), … END_OF_DOCUMENT_TOKEN_TO_BE_REPLACED

First the good news: As you can see in our annual Festival Guide, there are plenty of jazz festivals scheduled to happen around the world … END_OF_DOCUMENT_TOKEN_TO_BE_REPLACED