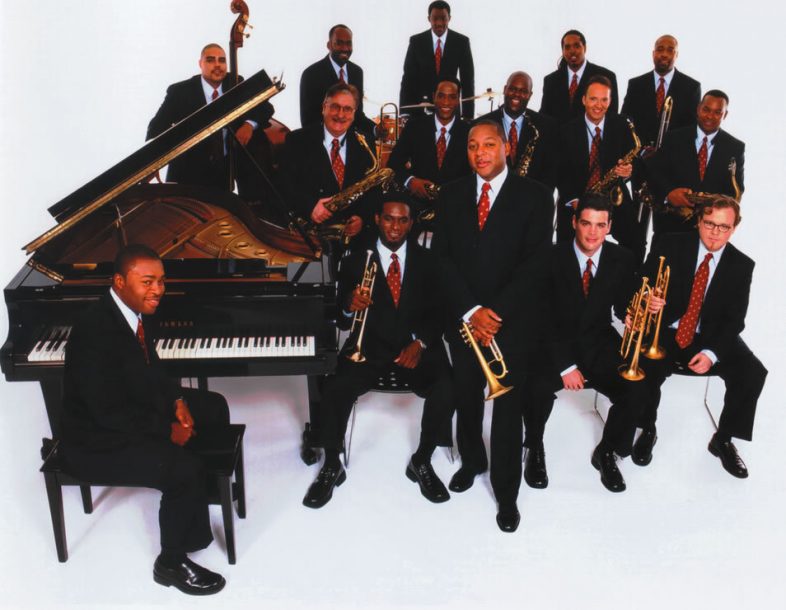 Just as New York City’s attention will be focused on a bubbling array of jazz choices in late June with return of a George Wein-produced jazz festival in the Big Apple (the CareFusion Jazz Festival, running June 17 to 26), the Jazz at Lincoln Center Orchestra has teamed up for an interesting out-of-town residency. Out-of-country, off-continent even. Across the pond.

JALC, with artistic director/trumpeter Wynton Marsalis and special guests, is off to the U.K. for a residency at London’s Barbican Centre, home of the London Symphony. In fact, it is a jazz jewel in the arts center’s first International Residency Series.

A series of three main JALC concerts (June 17, 18 and 20) will be augmented by a creative learning program, in local schools and at the Guildhall School of Music & Drama with workshops, master classes and professional development, as well as performances in several East London partner venues. They also include a swing dance evening at Stoke Newington Town Hall, jam sessions at the Vortex in Dalston, and a special family concert at Hackney Empire.

The three main Jazz at Lincoln Center Orchestra concerts will tell the story the story of the American jazz orchestra, celebrating 80 years of great big band music, from Jelly Roll Morton to the present day, curated by Marsalis. There’s also a June 19 “Big Band Britannia: Inspirations and Collaborations” at Barbican Hall that will celebrate eight decades of British big band music through a specially assembled big band led by trumpeter Guy Barker. It will include a tribute to mighty British big band jazz figure, the late Sir John Dankworth. The next afternoon, Marsalis and the JALC will present an English version of their popular Jazz for Young People matinee concerts, and an “Essentially Ellington UK” workshop for youth big bands.

During the week, there will also be a Midsummer Night’s Swing series at several venues plus nightly after-hours jam sessions blending British and JALC jazz talent at East London jazz venues including the Vortex Jazz Club, the Hackney Empire Review Bar and others.

Schedule details may be found at Barbican’s web site .

This is the second edition of a new column/blog from veteran jazz writer and photographer Ken Franckling. You can read more of his blogs of the past at his web site

Organ trios and quartets were ubiquitous by the mid-1960s. In African American neighborhood bars and clubs up and down the East Coast, throughout the Rust … END_OF_DOCUMENT_TOKEN_TO_BE_REPLACED

Terence Blanchard looked around the restaurant table and launched into a gentle sermon about jazz education in Detroit that was part homily, part pep talk, … END_OF_DOCUMENT_TOKEN_TO_BE_REPLACED

Creating a program of solo piano music is the ultimate challenge for any improvising pianist. The music on my latest album, Ways of Disappearing (Sunnyside), … END_OF_DOCUMENT_TOKEN_TO_BE_REPLACED

First the good news: As you can see in our annual Festival Guide, there are plenty of jazz festivals scheduled to happen around the world … END_OF_DOCUMENT_TOKEN_TO_BE_REPLACED