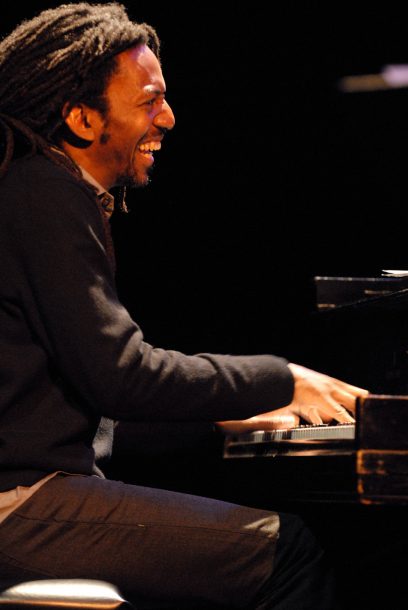 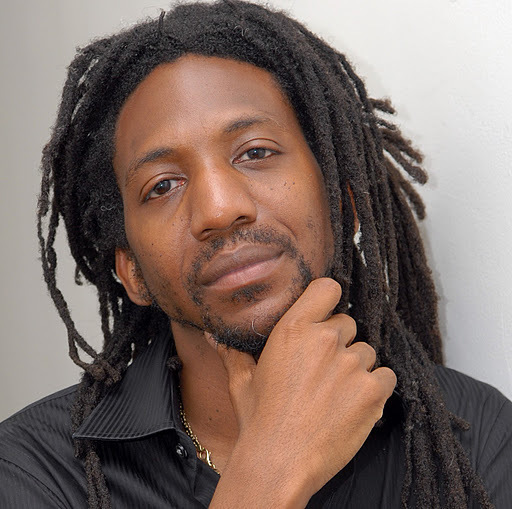 I remember seeing and hearing Cuban-born pianist Elio Villafranca at the Mann Music Center a zillion years ago among a list of performers I don’t even remember. I didn’t know who he was. But I do recall as I was walking out (leaving mid-performance as the night grew chilly) a young man sitting down alone at the piano stage right. The music started and I froze in mid-step. Who is this? I wondered, then stayed.

Occasionally, I would see Elio around Philly playing with Bobby Zankel’s band Warriors of the Wonderful Sound at Ortliebs’ JazzHaus and with other musicians needing a solidly brilliant sideman. We were lucky to have him here for a time.

Elio had gotten a gig teaching at Temple University, so the Philly immersion process was allowed to take hold-his debut album Incantations/Encantaciones is infused with Philly talent like guitarist Pat Martino and trumpeter Terell Stafford. Sometimes absorbing the Philly undertone takes a while, with others just breathing the air here for even a short nanosecond does the trick.

Seeing him at the Painted Bride on October 29th with the Jass Syncopators and members of Los Pleneros de la 21, an Afro-Puerto Rican traditional group, was an apt way to slide into the holidays. From his first joyful vocal and percussive use of a sound plate that looked like a flattened cowbell, the quartet, consisting of tenor saxophonist Greg Tardy, bassist Sean Conly and the much-celebrated Victor Lewis on drums, was off to dramatically shape Villafranca’s tune “Africa” with Conly’s precise bass interweaving itself with Lewis stabbing at a small tom.

Elio has this smile that is so expressively childlike, It conveys a complex, emotional olio of joy, an infectious tinge of see-what-I-can-do combined with a self-effacement that is charming.

“Two to Tango” started with an apology from Villafranca when he told the audience that this was the first tango he had written, so “please, don’t hold it against me.” With Tardy on clarinet this time, molding itself to the sinewy, somber melody leading into Elio’s bittersweet piano solo, each individual member of the quartet intercalating their individual narratives in subservience to the mood and magic of the song.

Of course, the mind ambles when the music is this good. I thought of the year almost up in Philadelphia jazz. We lost so many good people.

Drummer Butch Ballard, 92 years old, was one of the town’s most respected drummers, and one of the few musicians who performed with both the Count Basie and Duke Ellington bands. The British newspaper The Guardian said, “That wider recognition was largely denied him was probably due to his decision, taken at his wife’s prompting, to leave New York in 1960 to return to the Frankford district of Philadelphia, where he stayed for the rest of his life.” Yes, he stayed because he loved the city and his wife Jesse.

Organist Trudy Pitts was a matriarch of the jazz community here, and we are still feeling the loss of her gentle spirit and generous musicianship. I remember just a few months before she died of pancreatic cancer; she sat in on a benefit Jazz Bridge was giving for a local bassist’s wife who had breast cancer. She played the song “What a Wonderful World” behind her long-time husband Bill “Mr. C” Carney on vocals and they had everyone crying appreciative tears that they were there to witness such a performance.

The death of bassist Charles Fambrough last January started the year off on a sad footing. Everyone in Philly knew the struggle he and his steadfast wife Dolores had waged against his end-stage renal disease. Benefits had been held at the Clef Club and Chris’ Jazz Café to help with medical bills that were never-ending. An alumnus of the bands of Art Blakey, Grover Washington Jr., and McCoy Tyner, Fambrough established himself as a formidable composer, a Philly icon, and indefatigable fighter.

But through the acknowledgment of loss comes the realization that it’s the music-making and joy that remain as other memories of the year floated through my mind: 91-year-old drummer Charlie Rice calling “Giant Steps” at a breakneck speed at the end of a concert with tenor saxophonists Victor North and Umar Raheem (astonishing everyone!); saxophonist Jimmy Heath and his brother Tootie kidding jazz radio host Bob Perkins backstage at the Kimmel Center about a childhood scar he got under his chin when they were all kids playing in the streets of Philadelphia; singer Rhenda Fearrington ubiquitously showing up at every jazz gig in town and plastering her boosterism all over Facebook.

Elio Villafranca and his band finished up the evening at the Bride with an uptempo Monkish tune over “Giant Steps” changes, featuring the percussionists Juango Guitierrez and Camilo Molina Gaitan, and dancer Julia Loiza Gutierrez in a white dress. Smiling broadly, Elio had the flattened cowbell, again definitively tapping out the other bookend of the night on his tune “The Unspeakable.” After the lights came up and we drifted out into the cold night on 2nd and Vine, I felt the Philly undertone, the feeling that no matter what happens I’m here in this city, hearing this music, and looking forward to starting this New Year.

Terence Blanchard looked around the restaurant table and launched into a gentle sermon about jazz education in Detroit that was part homily, part pep talk, … END_OF_DOCUMENT_TOKEN_TO_BE_REPLACED

Creating a program of solo piano music is the ultimate challenge for any improvising pianist. The music on my latest album, Ways of Disappearing (Sunnyside), … END_OF_DOCUMENT_TOKEN_TO_BE_REPLACED

First the good news: As you can see in our annual Festival Guide, there are plenty of jazz festivals scheduled to happen around the world … END_OF_DOCUMENT_TOKEN_TO_BE_REPLACED

Steve Lacy was once a brilliant bebop player. Yet conventional wisdom says the opposite. Many have long argued that a key to the innovative soprano … END_OF_DOCUMENT_TOKEN_TO_BE_REPLACED