Skip to content
Become a member and get exclusive access to articles, live sessions and more!
Start Your Free Trial
Home > Features > Ed Roth & the Radio 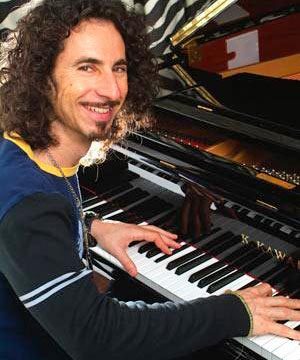 What happens to a music format when most of the audience has abandoned it? Oh, it’s a very common tale. Moribund genres that leap to mind include fusion, disco and folk. Each of these styles still exist, but certainly not in the same form and not with anything close to the same popularity that each once enjoyed-in the mid-1970s for fusion and disco or in the early 1960s for folk.

Part of the decline has to do with labeling. When performers release music today that would have previously fit one of these categories, disco is now called dance music and folk is usually termed alt country. Fusion, or jazz-rock fusion as it was originally known, might fall closer to techno, but of these examples, true fusion music has retreated farthest from the scene.

Titans of fusion themselves signaled its demise years ago, nowhere more significantly than when its leading purveyors Herbie Hancock and Chick Corea teamed up for an extensive acoustic piano tour early in 1978. Asked about his radical change of musical style on The Mike Douglas Show , Corea said, “I had a little talk with my ears and we have decided to go in this direction.”

Donna Summer’s decision not to record Paul Shaffer’s “It’s Raining Men” in preference to a shift toward the sacred might similarly be seen as a specific point when the disco lights were dimming. The obvious paradigm shift for folk music was Bob Dylan at Newport in 1965, but even without this major event, by the mid-1960s folk releases on both the Vanguard and Elektra labels were not selling in the numbers of just five years before.

Some weeks back David R. Adler published a pair of interesting articles in JazzTimes concerning the state of jazz on the radio. Smooth jazz was the primary focus, with everyone seeming to agree on at least two things: Nobody likes the label smooth jazz and, no matter what it’s called, it is rarely found on the radio these days. Even the genre’s most recognizable name, Kenny G., was candid in his assessment of the public’s limited access to this style of music on the radio and how this has negatively impacted his career.

When radio programmers turn away from a once successful format, can this style of music still said to be popular music? And what becomes of those performers who are ensconced within a genre in remission? Fortunately, many dedicated musicians remain true to their personal love of music, regardless of current styles and industry trends.

Like most of his peers, L.A. keyboard session man Ed Roth cares little for labels. He has just released his eponymous CD Ed Roth on Warrior Records. No matter what genre tag is applied here, this is as solid a set of electric instrumentals as I have heard in a long time. But I did not learn of its release from radio airplay. At a California Transit Authority gig this summer, near the end of a very hot set of originals and reinvigorated Chicago tunes, that group’s original drummer Danny Seraphine introduced his band. He pointed out that his keyboard player/band director Ed Roth had the tune “Summertime” climbing the smooth jazz charts.

As a radio junkie, I wondered why this name rang no bells. I did some digging and discovered some recent history on the subject and on Ed Roth. The JazzTimes articles by Adler came at the perfect time, explaining the background and demise of a format which Roth should be commanding with this new CD.

Ed Roth is paced as a live set, as opposed to a collection of tunes to be iPod shuffled, even closing with a reprisal of an earlier theme from the disc. The selections consist of a good balance of original material, familiar old tunes and unexpected melodies. “Summertime” placed into the same set with both the Champs’ “Tequila” and the Who’s “Who are You?” doesn’t seem logical. But this works. Throw in War’s “Low Rider” and Stevie Wonder’s “Higher Ground” and you have an array of recognizable themes played by monster L.A. studio cats.

Roth wisely gives his numerous colleagues lots of room here, with the keyboards of the group leader never dominating. But when his keys are featured, it is clear that Roth likes the real thing. He plays the hell out of the Hammond B-3, Fender Rhodes, clavinet, Wurlitzer and acoustic piano.

Between the hard edges of this new CD’s “Who are You?” and the, well, smooth sound of “The Biggest Part of Me,” Ed Roth is a welcome addition to this season’s jazz releases. The smooth jazz demarcation may be in decline but, fortunately, musicians such as Roth are soldiering on, making great music regardless of labels.

With Roth successfully breathing life into the smooth jazz genre (by any name), we might press his services into other neglected realms: One of his original tunes on this CD is titled “Disco Bunny.” Also, Roth plays keyboards for the group Chad Smith’s Bombastic Meatbats. And while the Meatbats are billed as the adjective-heavy “American Instrumental Funk Rock Band,” I smell fusion!

Organ trios and quartets were ubiquitous by the mid-1960s. In African American neighborhood bars and clubs up and down the East Coast, throughout the Rust … END_OF_DOCUMENT_TOKEN_TO_BE_REPLACED

Terence Blanchard looked around the restaurant table and launched into a gentle sermon about jazz education in Detroit that was part homily, part pep talk, … END_OF_DOCUMENT_TOKEN_TO_BE_REPLACED

Creating a program of solo piano music is the ultimate challenge for any improvising pianist. The music on my latest album, Ways of Disappearing (Sunnyside), … END_OF_DOCUMENT_TOKEN_TO_BE_REPLACED

First the good news: As you can see in our annual Festival Guide, there are plenty of jazz festivals scheduled to happen around the world … END_OF_DOCUMENT_TOKEN_TO_BE_REPLACED