Skip to content
Become a member and get exclusive access to articles, live sessions and more!
Start Your Free Trial
Home > Features > Duke Ellington: Artist of the Century 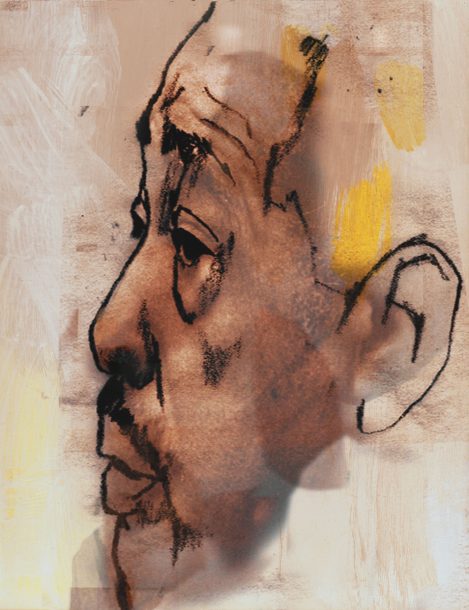 …Duke Ellington? Ellington, like Armstrong, was one of the inarguable sequoias of the music, easily the one who most developed his talent in every direction. While Louis Armstrong is surely the greatest of all jazz players, Ellington is the greatest of all jazz musicians. Armstrong laid down everything anyone had to know if he or she was going to play or sing jazz. He also, as Wynton Marsalis points out, did something of much deeper intellectual significance than any other jazz artist: Armstrong discovered how to play the sound of the blues through harmonic progressions of popular songs that were not blues, while meeting the challenge of playing those chords correctly. “Even Art Tatum, Charlie Parker, Dizzy Gillespie, Monk, and Coltrane,” as Marsalis says, “didn’t achieve anything on that level of musical sophistication, and we were talking about profoundly brilliant musicians.”

Duke Ellington, however, is another kind of case. What he did with the sound of New Orleans music, the innovations of Armstrong, the piano stylings of the Harlem stride players, the blues, Negro folk materials, Tin Pan Alley, and the remade techniques from the European concert music that appealed to him, hasn’t even a close second. When we examine the material itself, there is no other conclusion that we could come to, especially when the issue is sustained development in fruitful directions.

While Armstrong became an ever deeper musician until the day he died, the nature of his playing, for all its flexibility, was in place by the time he was 40. When Ellington reached the age of 40 in 1939, he had nearly consolidated a language that his ambitions had been putting in place since the late ’20s. From 1939 to 1942, he went into a period that jazz writers have consistently gotten wrong, assuming it the pinnacle of his career, those extraordinary years when Billy Strayhorn, Jimmy Blanton, Ben Webster, and Ray Nance came into the organization, and Ellington was sometimes able to create a three-minute masterpiece a week.

In reality, Ellington was then on his way to even higher ground. The individuated counterpoint that was his development of the three-horn New Orleans polyphony of trumpet, clarinet, and trombone was brought to fruition. The sweep of brass timbres—from the plunger style that Bubber Miley brought into his band after he had heard King Oliver in Chicago, to the many variations on the clarion and subtle versions of Armstrong—were there in the trumpet section. In the trombone section, he had the straight valve sound of Juan Tizol, the clear and pure tonal color of Lawrence Brown, and the gutbucket plungerisms of Tricky Sam Nanton. His reeds not only had the New Orleans swamp goo of Barney Bigard’s clarinet, but were indelibly influenced by Sidney Bechet through his greatest extension, Johnny Hodges, and had their Coleman Hawkins extension in Webster as well as the priceless power of Harry Carney’s baritone.

From his breakthrough extended work, the 1943 Black, Brown, and Beige, all the way to the very end, Ellington continued to build upon the colors made possible by those musicians and the ones who replaced them. As the years continued to move forward, Ellington gained greater and greater control of extended works, producing masterpieces by 1950 such as “The Tattooed Bride” and Harlem. As Ellington’s 1953 Capitol trio recording documents, the pedestrian guy on his earliest recordings almost 30 years earlier had become one of the best to ever fit his rump on a piano bench. By the middle ’50s, he went into his very greatest period, producing extraordinary recordings for Columbia, Reprise, and RCA Victor that were filled with new works, recastings of his own classics, and arrangements of music from outside the world of Ellingtonia. Throughout, the jazz fundamentals of 4/4 swing (fast, medium, and slow), the blues, ballads, and the Afro-Hispanic rhythms were investigated from so many angles one sometimes is amazed at just how creative Ellington was.

His recordings in the early ’60s with Armstrong, with Coleman Hawkins, with John Coltrane, and with the rhythm section of Charles Mingus and Max Roach are four examples of how easily he could cross generations and styles and still remain himself on every beat and with every note. In fact, his improvisation on Coltrane’s “Big Nick” is so well ordered in thematic terms that it could be transcribed and played as a song unto itself!

Even when the personnel started to weaken in the late ’60s as the demons of old age and death began to strip away his musicians, Ellington didn’t stop creating. He seemed incapable of settling for an older version of himself, just as he seemed incapable of confusing the music he made with that of Europe, realizing that to advance jazz one had to go deeper into it, not away from it.

As a JazzTimes writer, I can talk about the powers of a dynamic drummer until I’m blue in the face: the weight of each tom-tom’s … END_OF_DOCUMENT_TOKEN_TO_BE_REPLACED

There are certain works of art with which I wish I could have a conversation, so that I might express my gratitude for them. I … END_OF_DOCUMENT_TOKEN_TO_BE_REPLACED

Asked to choose Duke Ellington’s most valuable sidemen, most folks would likely start with Johnny Hodges, followed by any number of the additional cavalcade of … END_OF_DOCUMENT_TOKEN_TO_BE_REPLACED

In the early autumn, I was heading back into the city of Boston on the subway from a leafy suburb where I had watched a … END_OF_DOCUMENT_TOKEN_TO_BE_REPLACED