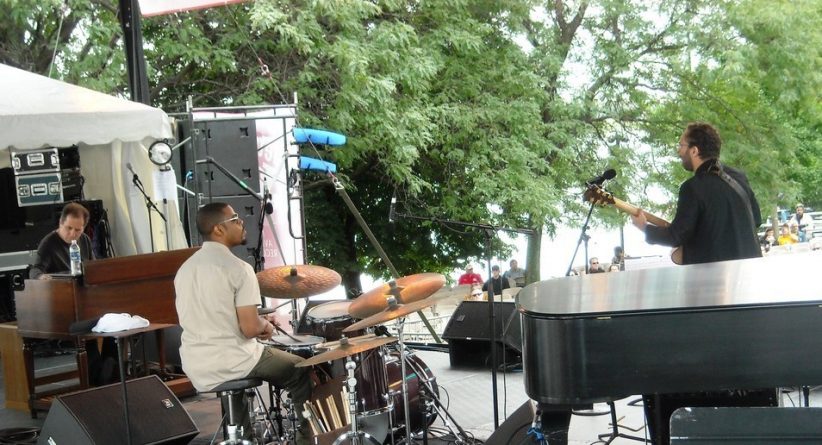 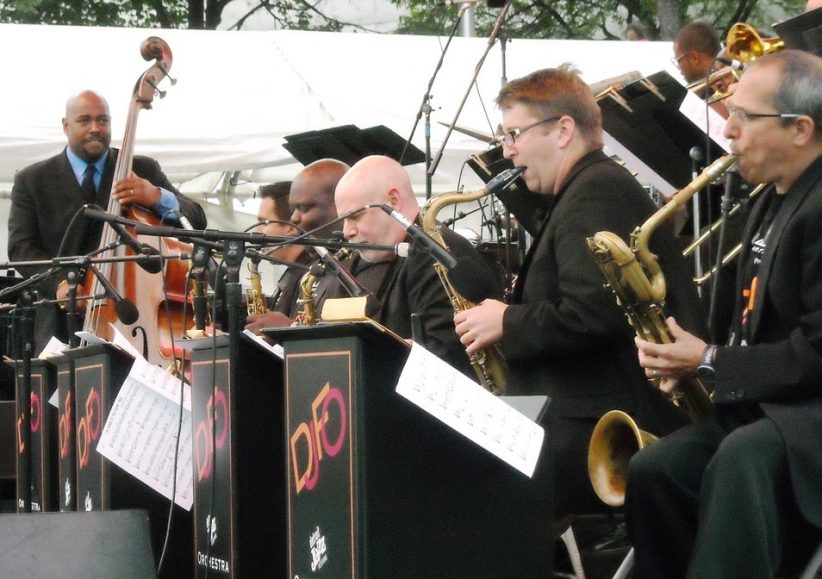 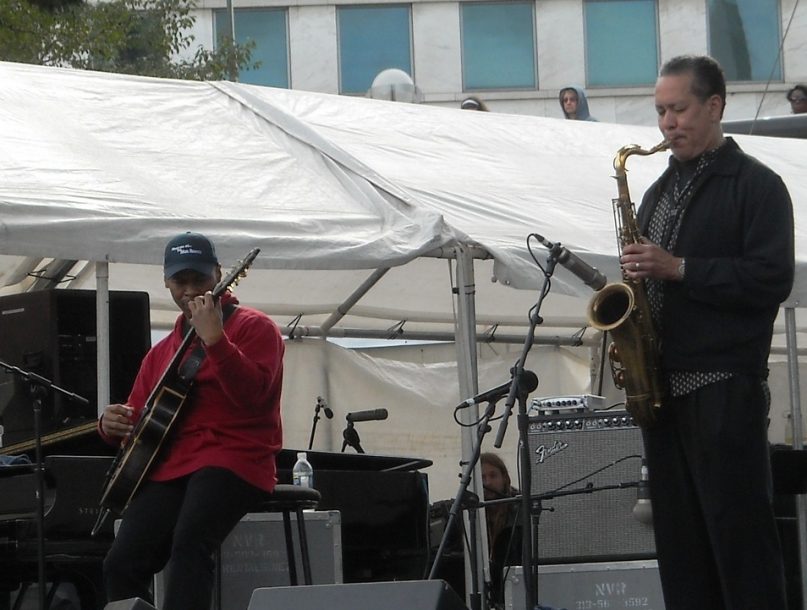 My fourth day at the 32nd Detroit Jazz Festival began with a combination of work and pleasure, if you want to call being asked to serve as emcee for one of the performances at the festival actual work. I was asked to introduce the show by The Anthony Wilson trio at the waterfront stage under the trees next to the Detroit River on this cool and overcast afternoon and as soon as the music began the pleasure portion of my mission began.

What I knew about Anthony Wilson was that he was the son of the legendary NEA Jazz Master, composer, arranger and conductor Gerald Wilson and that he was an accomplished guitarist and composer with a fine collection of solo releases. I was thrilled to know that in his trio on this day would be the great Larry Goldings on organ and Detroit’s own Karrim Riggins on drums. Though his father is famous for being a Detroiter, Anthony was born, raised and still lives in Los Angeles and Larry Goldings, a born and raised Easterner, has lived and worked out of L.A. for over 7 years now himself. Mr. Riggins had also relocated to L.A. for a while, which is where these three gentlemen first got together, but returned to his hometown not long ago. Karrim was enjoying a triumphant day as he would perform on three stages before the day was done including a show on the main stage downtown with his own ensemble and rapper Common.

A jazz musician’s legacy can be a multifarious slope. Sometimes it’s defined by contrasting stylistic paths that amalgamate into a career, as with Miles Davis. … END_OF_DOCUMENT_TOKEN_TO_BE_REPLACED

I reached across the northern border to Toronto, Ontario, Canada, for my latest subject of the “In Service of Jazz” series of interviews: Sybil Walker, … END_OF_DOCUMENT_TOKEN_TO_BE_REPLACED

When jazz guitarists step out on their own, leaving the security of accompanists behind, they face special challenges. Yes, they can handle chords and melody … END_OF_DOCUMENT_TOKEN_TO_BE_REPLACED

Those only familiar with Diego Barber’s Sunnyside Records output might be taken aback by his latest release on the label, Drago. Its largely electronic sounds … END_OF_DOCUMENT_TOKEN_TO_BE_REPLACED