Skip to content
Become a member and get exclusive access to articles, live sessions and more!
Start Your Free Trial
Home > Features > Dave Tull: Stories of his Own 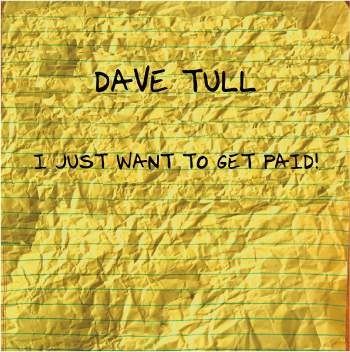 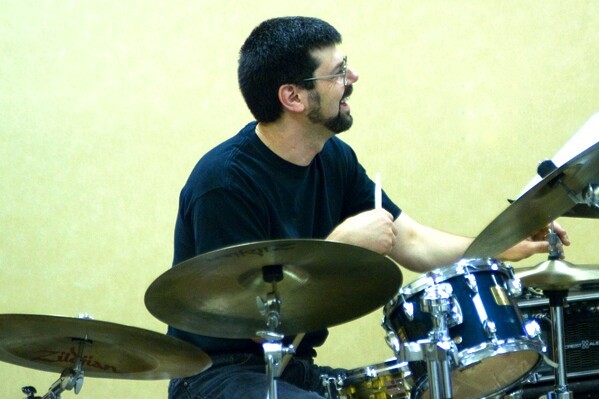 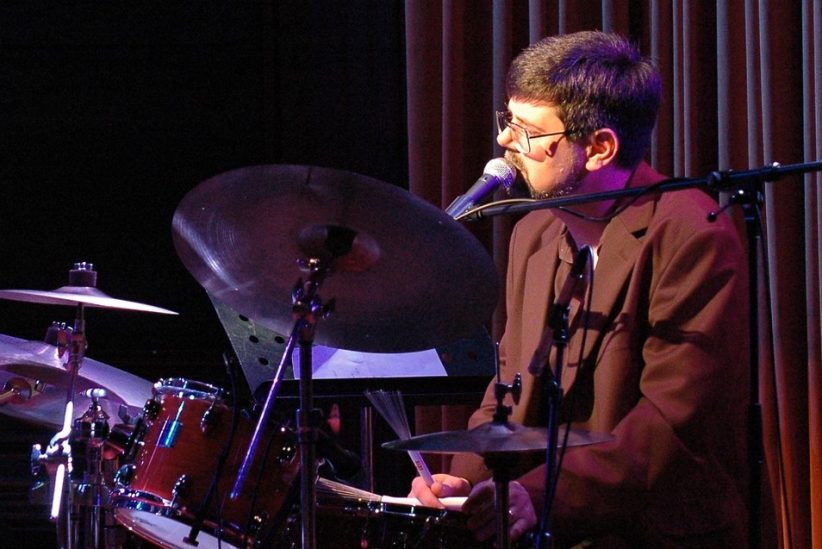 You’ve probably heard a lot more from Dave Tull than you realize. The veteran, Southland drummer/vocalist/songwriter has played on four of Michael Bublé’s albums and five of Cheryl Bentyne’s (and raised his voice alongside hers on two tracks from her 2003 disc Moonlight Serenade, including one Bentyne insisted be titled “Tull Tales” because she was so knocked out by Tull’s scatting). He has toured, as drummer and lead singer, with Chuck Mangione (if you’ve ever thrilled to Mangione’s boplicious “Dizzymiles,” that’s Dave you heard scatting up a storm). He’s also toured and recorded with Jack Sheldon, the Page Cavanaugh Trio, the Paul Smith Trio and Les Brown’s Band of Renown. Two years ago, together with pianist Corey Allen and bassist Kevin Axt, he formed the L.A. Jazz Trio. Their terrific debut CD, On the Sunny Side of the Street (with a special guest appearance by Bentyne), is definitely worth searching out. (The easiest way to locate a copy is to order it through CD Japan. Now Tull has added the one thing that’s been missing from his sterling, twenty-five year résumé: a full-length vocal album of his own.

Featuring Allen and Axt, plus saxophonist Doug Webb and trumpeter Steve Huffsteter, recorded in 2007 and finally released a few months ago on Tull’s own Toy Car label, I Just Want to Get Paid! is a wonderful collection of 14 original tunes, all smart, fresh and inventive. As great as the songs are, Tull, strongly reminiscent of both Kurt Elling and Mark Murphy, is just as impressive an interpreter.

If, by chance, your local jazz deejay is hip enough to know about, and dig, the album, chances are you’ve heard one (or more) of the five songs that represent the wry, sardonic side of Tull, since they’re the immediate attention-getters. As a wordsmith capable of crafting sly, brilliantly funny, slice-of-life tunes, he is in the same league as Lorraine Feather and, like Feather, is steadily inching toward that exalted plateau inhabited by Dave Frishberg. The title track, already a cult favorite among every jazz musician who has ever gotten stiffed after a gig (in other words, every jazz musician), tells of a top-drawer player who, having lowered his standards by accepting a club date fronted by a mediocre leader, finds injury added to insult when no cash (but plenty of empty promises) is forthcoming.

Tull’s tally of woes from the jazz trenches continue with “You’re Talking to Loud,” a welcome putdown of, as the title suggests, all those garrulous boors who’s nonstop yakking invariably grows louder during solos and soft numbers. Rounding out the delightfully mournful trio is “The Minutes Pass Like Hours When You Sing,” a backhanded slap to every amateur warbler who, fueled by too much beer, too many nights at the local karaoke joint and zero awareness of the severity of their vocal limitations, insists (typically with a $1 donation to the tip jar) on climbing onstage to massacre “Melancholy Baby” or “New York, New York.”

But Tull’s sarcasm isn’t limited just to the louts and lowlifes of the jazz world. Anyone who has ever suffered the incompetence of the airline industry (in other words, anyone) will appreciate “The Airplane Song.” From overpriced drinks to howling infants, Tull covers the entire rulebook of air travel incompetence and inconsideration. Among the best of his laugh-out-loud observations: “the drink cart smacked me in the elbow, kamikaze-style, which caught me by surprise ’cause I’m not sitting on the aisle,” and “I watch them load my suitcase on the airplane… that’s across from the plane I’m on.” Tull also riffs on Joe Williams’ classic “Every Day I Have the Blues,” crafting a long list of churlish complaints that only the insanely rich, and exorbitantly self-absorbed could make on “Every Other Day I Have the Blues.”

But Tull the keen observer of cultural gaffes and gross insensitivities is only half the picture (and less than half of the album). He is an equally gifted, and equally wide-ranging, architect of love songs. From the murky confusion at the precipice of commitment (“How Do You Know You’re In Love?”) and sweet contentedness of true, trusting love (“Take One Look At Me,” “She Loves Me!”) to the dusky, introspective heartache of “Where Is All the Rain?” and gentle coaxing from the hard shell of heartbreak that propels “The Second Chance,” Tull demonstrates deep appreciation for love lost, found, old, new, vibrant or faded. But by far the most charming of Tull’s love stories is his closing number, the bouncy, sunny-side-up “Got To Get Home to See My Children,” peppered with genuine, excited greetings from his own kids, Frannie and Henry.

Tull is working overtime to get the CD out there and, if you follow his blog, is utterly thrilled every time a local music store or mom-and-pop shop agrees to take a handful of discs on consignment. Fortunately, I Just Want to Get Paid! has now made it onto Amazon, CD Baby and iTunes, so ordering or downloading a copy is universally simple. Get it. You owe it to Dave, and you owe it to yourself.

If you’d like to share your comments about Dave Tull or want to send along ideas for future installments of Hearing Voices, please direct your email to [email protected]

Organ trios and quartets were ubiquitous by the mid-1960s. In African American neighborhood bars and clubs up and down the East Coast, throughout the Rust … END_OF_DOCUMENT_TOKEN_TO_BE_REPLACED

Terence Blanchard looked around the restaurant table and launched into a gentle sermon about jazz education in Detroit that was part homily, part pep talk, … END_OF_DOCUMENT_TOKEN_TO_BE_REPLACED

Creating a program of solo piano music is the ultimate challenge for any improvising pianist. The music on my latest album, Ways of Disappearing (Sunnyside), … END_OF_DOCUMENT_TOKEN_TO_BE_REPLACED

First the good news: As you can see in our annual Festival Guide, there are plenty of jazz festivals scheduled to happen around the world … END_OF_DOCUMENT_TOKEN_TO_BE_REPLACED