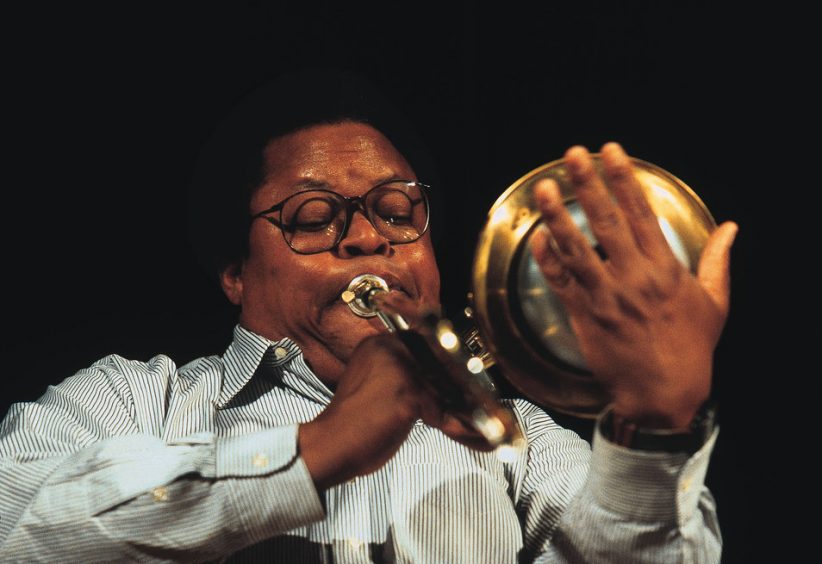 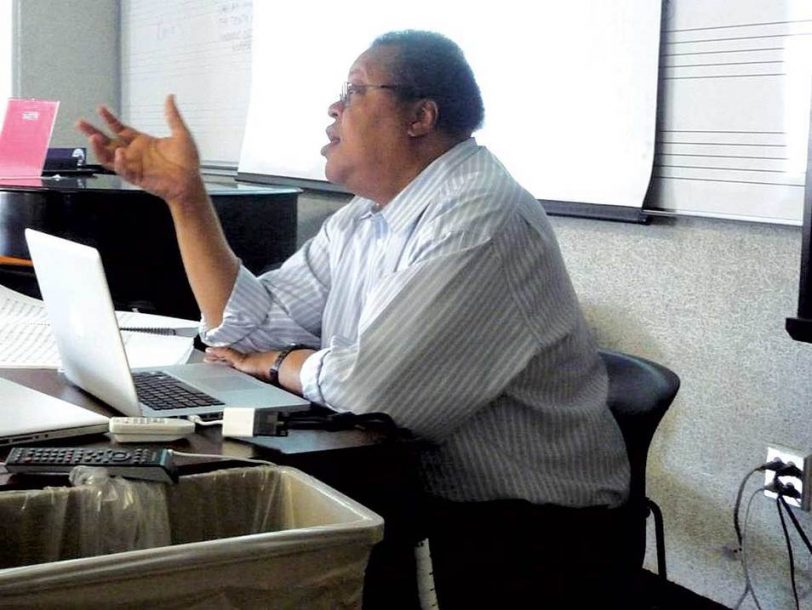 A few dozen contemporary classical and jazz composers from around the country converged on the Columbia University campus beginning July 20 for an intensive five days of brainstorming. Such eminent figures as Anthony Davis, Jane Ira Bloom, Alvin Singleton, Derek Bermel, Tania León, Fabien Lévy and George Lewis presided over a series of seminars, held each day in a cramped classroom in Dodge Hall, that expressed new ideas about fusing jazz and the symphony. The audience was a wide-ranging group of 34 hand-chosen jazz composers, among them bassist Rufus Reid, flutist Nicole Mitchell, guitarist Joel Harrison, saxophonist Matana Roberts and bassist Mark Helias. Topics included finding new ways of incorporating improvisation into the symphony orchestra, getting orchestral players to internalize rhythm, working with conductors and copyists, dealing with instrumental techniques, and current trends in computer music.

It was all part of the first annual Jazz Composers Orchestra Institute (JCOI), presented jointly by the Center for Jazz Studies at Columbia University and the American Composers Orchestra, with support provided by the Doris Duke Charitable Foundation’s Fund for National Projects, the Fromm Music Foundation and the National Endowment for the Arts. (Of the 34 attendees, several will be selected to have their works performed by the American Composers Orchestra during next year’s event, slated for June 2011.) “This is a meeting of all kinds of minds,” said trombonist-composer and Center for Jazz Studies Director Lewis in his opening remarks. “Everyone here is coming from a different perspective … influences are all over the place. And, to me, this is really about sharing, because there’s a lot to learn from all sides of the issues.

“For a lot of us, this is a kind of post-genre moment,” Lewis continued. “And so the term ‘jazz composer’ is relatively meaningless. It’s a globalized environment now: People are picking and choosing from everything they can. And we need to acknowledge that.”

Davis presided over a close listening and analysis of his 2007 opera Wakonda’s Dream, a Native American-influenced work which incorporates sampled coyote sounds, electronics, hip-hop flourishes, blues references and a libretto by Yusef Komunyakaa. In explaining his process of writing for the characteristics of specific players, à la Ellington, he said, “You’re creating a sound world and you’re encouraging people to participate in it. Essentially, you take a movie-director role over the production, allowing for the individual actor’s strengths to come to the fore.”

Davis, who has composed several operas, among them X: The Life and Times of Malcolm X, Under the Double Moon and Amistad, sees himself as part of an American opera tradition pioneered by the likes of Scott Joplin and developed by such renowned composers as George Gershwin and Leonard Bernstein. “Our American music-jazz and blues-is as rich as anything in the European tradition,” he said. “I’m very interested in this idea that we can create a whole new opera based on our own rich musical traditions, and I find myself coming back to blues in my own work. The older I get, the more I go back to the blues.”

In her seminar on “Improvisation and the Orchestra,” soprano saxophonist-composer Bloom explained that learning to write for large ensemble was like trial by fire. “I felt like a stranger in a strange land coming from my background and walking into an orchestra situation,” she told the participants. Equating her concept of “throwing sound” around the bandstand to Jackson Pollack throwing paint on a canvas, she said, “If there’s movement in expressing the sound, you can feel it on the canvas.” Bloom demonstrated her concept by showing a video of an orchestral collaboration in which she had the brass section turning and slowing in-synch to create a Doppler effect.

During an intermission panel discussion at the Saturday night concert, Lewis told the audience, “We just went through boot camp with 30-plus composers chewing the fat. It’s been a fascinating, really rich week for us.” After a lengthy pause, he added, “I’m still not sure what a jazz composer is. It’s a rubric of convenience at this point. Because all week we had a lively discourse with composers who transcend and stomp style into the ground.” The crowd chuckled.

Organ trios and quartets were ubiquitous by the mid-1960s. In African American neighborhood bars and clubs up and down the East Coast, throughout the Rust … END_OF_DOCUMENT_TOKEN_TO_BE_REPLACED

Terence Blanchard looked around the restaurant table and launched into a gentle sermon about jazz education in Detroit that was part homily, part pep talk, … END_OF_DOCUMENT_TOKEN_TO_BE_REPLACED

Creating a program of solo piano music is the ultimate challenge for any improvising pianist. The music on my latest album, Ways of Disappearing (Sunnyside), … END_OF_DOCUMENT_TOKEN_TO_BE_REPLACED

First the good news: As you can see in our annual Festival Guide, there are plenty of jazz festivals scheduled to happen around the world … END_OF_DOCUMENT_TOKEN_TO_BE_REPLACED