Skip to content
Become a member and get exclusive access to articles, live sessions and more!
Start Your Free Trial
Home > Features > Close(d) Listening: Ted Gioia’s “How to Listen to Jazz” 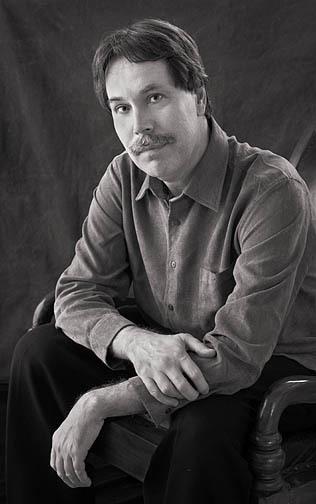 It happens with amusing regularity: I meet somebody at a party and the talk turns toward what we do for a living. When I say I write about music, there’s a flicker of startled curiosity, followed fast by a sharpening of attention. “What kind of music?” asks my new pal. “Mostly jazz,” comes the reply, and with that I can watch the clouds roll in.

“Oh,” he or she says, and I don’t need much more context to know what’s going on. Jazz, and my presumed expertise in the subject, has pressurized the conversation. Sometimes what comes next feels like a defensive apology, and sometimes it’s a veiled dismissal, but even when it’s more earnest-“So, what should I be listening to?”-a stubborn insecurity suddenly hulks at the center of our exchange. The mere idea of jazz strikes this person as lofty and intimidating, esoteric and possibly scary. And as an arbiter of this self-serious music, I stand for tsk-tsking superiority and judgment.

The best response a critic can muster in this situation is to disarm presumptions, wrestling the fear back to a manageable scale. The second-best response is to offer a way forward, with clear vision and concrete recommendations. Ted Gioia, a veteran jazz critic and historian, attempts to combine these two approaches in his new book, How to Listen to Jazz (Basic). Part music-appreciation manual, part pocket history, part conversion tract, it feels like a considered response to precisely the sort of exchange I’ve just described. Early on, Gioia lays out a thesis, “the notion that careful listening can demystify virtually all of the intricacies and marvels of jazz.”

Gioia-who helped establish the jazz studies program at Stanford, and whose previous books include The History of Jazz (Oxford, 1997)-comes to this task with well-tested expertise. His writing is conversational and full of illustrative examples, geared toward a reader who’s earnest and curious but a little tentative.

He begins with a chapter titled “The Mystery of Rhythm,” kicking around thoughts on the miracle of swing. In order to grasp what constitutes a great jazz rhythm section, he suggests, you should listen to some that are fair-to-middling. (I can attest to the effectiveness of this approach, though it sounds about as appealing as a flu vaccine.) He’s more crisply insightful on the genius of a rhythm team that locks in but breathes, as opposed to a programmed track: “Like John Henry in the famous folk ballad, jazz musicians beat machines, and the competition isn’t even close.”

Gioia is a historian at heart, or maybe by force of habit. A chapter called “The Origins of Jazz” delves into turn-of-the-century New Orleans; the next chapter, “The Evolution of Jazz Styles,” bounces from the Chicago school to Harlem stride to Kansas City swing, and so on. These pages feel dutiful and cursory-Jazz for Dummies. And by presupposing the absolute need for a broad historical foundation, they undercut the book’s given premise: Does a novice really need to grasp Jelly Roll Morton to properly dig Joey Alexander? To make an analogy with cinema, an art form roughly as old as jazz, it’s like insisting that you can’t be considered film-literate without having seen the works of the brothers Lumière, let alone Citizen Kane.

But this seems to be the author’s conviction, rooted in personal experience. How to Listen to Jazz is scattered with hints of memoir, and they point to an admirably comprehensive disposition. Gioia, a pianist, recalls studying Charlie Parker solos at half-speed on his turntable, and suggests singing along to Parker’s melodies as a means of cracking bebop’s code. He urges a listener to ignore the cerebral discourse around free jazz and focus on its emotional charge. Elsewhere he describes the measures he once took in order to hear Louis Armstrong with fresh ears. He spent the previous two weeks listening only to jazz from before Armstrong’s time, by the likes of Kid Ory and King Oliver. When he finally allowed himself some early Pops, he writes, it was “as if we [had] moved, in a single, inspired step-change, from Euclid’s geometry to Newton’s calculus.” Gioia stops short of urging you to recreate this experiment, but uses it to make a point: We shouldn’t approach Armstrong as a relic. “We need to recalibrate our perceptions and experience this music as part of the same spirit that, during the 1920s, also produced the masterworks of Joyce, Woolf, and Proust.” Amen and amen.

There are some missed opportunities in Gioia’s book, and they have a lot to do with his imagined reader. He’s disdainful of pop, and disinclined to build bridges; he can’t seem to envision a mode of listening that draws connections across genre. The book’s final chapter, “Listening to Jazz Today,” would seem a perfect moment to apply close-listening skills to music from our own era, but while Gioia makes some perceptive observations about the current scene, the analysis lacks for evidence. “Nu Jazz” is his term for a music that “draws on the full range of sounds and tools on the contemporary music scene,” but in a book that otherwise brims with examples, he leaves this idea on the table as an abstraction.

“The ideal way to experience jazz will always be firsthand, at the source, fully present at the moment of inspiration and realization,” Gioia writes sagely. But having burnished the usual jazz canon in previous chapters, he declines to provide any contemporary guidance. An appendix, “The Elite 150: Early- and Mid-Career Jazz Masters,” is just an alphabetical list of names, offered grudgingly, as if at the urging of the publisher. As happens a bit too often in this book, it’s more a show of critical authority than a useful methodology. There’s no question that Gioia knows How to Listen to Jazz, but his effort to empower the reader isn’t demystifying after all. The guy at the party is nodding, but he’s stealing glances around the room, plotting his exit strategy.

Organ trios and quartets were ubiquitous by the mid-1960s. In African American neighborhood bars and clubs up and down the East Coast, throughout the Rust … END_OF_DOCUMENT_TOKEN_TO_BE_REPLACED

Terence Blanchard looked around the restaurant table and launched into a gentle sermon about jazz education in Detroit that was part homily, part pep talk, … END_OF_DOCUMENT_TOKEN_TO_BE_REPLACED

Creating a program of solo piano music is the ultimate challenge for any improvising pianist. The music on my latest album, Ways of Disappearing (Sunnyside), … END_OF_DOCUMENT_TOKEN_TO_BE_REPLACED

First the good news: As you can see in our annual Festival Guide, there are plenty of jazz festivals scheduled to happen around the world … END_OF_DOCUMENT_TOKEN_TO_BE_REPLACED