Skip to content
Become a member and get exclusive access to articles, live sessions and more!
Start Your Free Trial
Home > Features > Cilla Owens: Teacher and Students Unite for CD 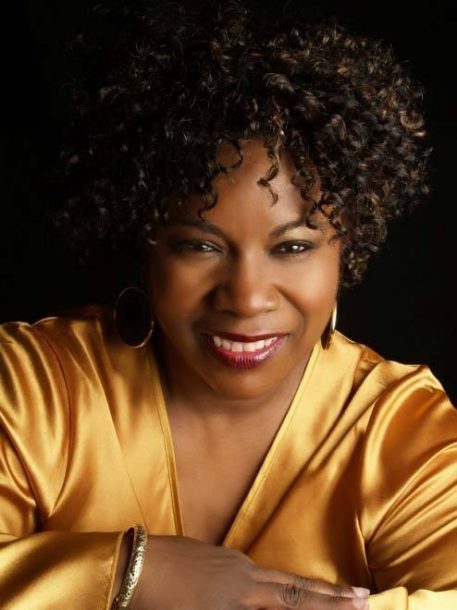 Apart from occasional festival appearances, vocalist Cilla Owens’ work has largely been restricted to New York City and its environs. Now, with the release of her first album as a leader, the self-produced and self-released ‘Tis What It Is, the rest of the world finally gets the chance to discover what jazz-savvy New Yorkers have known for years: that Owens is a superbly gifted musician. Her sound, shaded and enriched by her extensive, intersecting experiences within the jazz, soul and spiritual spheres, is as smooth as Nancy Wilson, as authoritative as Sarah Vaughan and as deeply informed as Carmen McRae, yet remains distinctly her own.

A lifetime of preparation has gone into ‘Tis What It Is. Owens’ somewhat circuitous musical path began at Hunter College High School, where she raised her voice in the Christmas chorus, but was more interested in dancing than singing. At Boston University, music (and dancing) took a back seat to language studies, and upon graduation she began a teaching career with the New York Board of Education.

Owens’ musical commitment was ignited by a chance encounter at an open mic night. Sharing the stage with an unfamiliar pianist, Owens cut loose with a blistering “My Funny Valentine.” The pianist turned out to be Hank Jones, who encouraged her to pursue a professional singing career.

She began gigging around town, experimenting with pop, R&B and jazz, and joined the band Moment’s Notice. Much of her experience was, however, garnered from pass-the-hat street performances, where she formed longstanding professional relationships with a wide assortment of first-rate musicians, including pianist Arturo O’Farrill and saxophonist Sylvester “Sly” Scott.

Ultimately, Owens returned to school, obtaining a B.A. and Master’s in Music from Hunter College. She also indulged her broadening musical tastes by joining the Great Day Chorale which, with its commitment to the preservation of Negro Spirituals, was, she says, populated with “people who were living parts of African-American history.”

While at Hunter, Owens assisted various directors of the resident jazz ensembles and, after graduation, decided to stay, founding the performance workshop Jazzvox, where amateurs and professionals intermingle, and rising to the position of Director of the Jazz Vocal Workshop. She regularly augments her campus duties with work as a private vocal coach and club dates, including headlining appearances at Smalls and the Blue Note.

Indicative of Owens’ wide-ranging tastes, the album is a cornucopia of delights. Half of the dozen tracks are given over to classic standards, extending from a petal-soft “The Nearness of You” and an exquisitely haunted “You Don’t Know What Love Is” to an easy-swinging “Thou Swell” and boisterously adventurous “Take the ‘A’ Train.” From there, Owens and her mates move on to more challenging pieces from the jazz canon, with particular focus on the Jon Hendricks oeuvre, assuredly boppin’ through “You Know Who” (based on Monk’s “I Know You”) and injecting “Little Niles” with an otherworldly lilt. Their “Twisted” is appropriately unhinged, and Freddie Hubbard’s “Little Sunflower,” superbly embroidered by Scott, unfolds like a shimmering, cloudless dawn.

The balance of the playlist comprises two originals. Owens’ “Simple Samba” is more complex than its title suggests, peppered with hints of salsa and calypso, its sun-dappled vigor providing ample space for all five musicians to stretch out. The bouncy title tune, though written for Owens by Kontemeniotis and British vocalist Aimua Eghobamien, best showcases the vividly skilled interplay of the Monk for President lads.

Please share your comments and suggestions for future installments below.

Organ trios and quartets were ubiquitous by the mid-1960s. In African American neighborhood bars and clubs up and down the East Coast, throughout the Rust … END_OF_DOCUMENT_TOKEN_TO_BE_REPLACED

Terence Blanchard looked around the restaurant table and launched into a gentle sermon about jazz education in Detroit that was part homily, part pep talk, … END_OF_DOCUMENT_TOKEN_TO_BE_REPLACED

Creating a program of solo piano music is the ultimate challenge for any improvising pianist. The music on my latest album, Ways of Disappearing (Sunnyside), … END_OF_DOCUMENT_TOKEN_TO_BE_REPLACED

First the good news: As you can see in our annual Festival Guide, there are plenty of jazz festivals scheduled to happen around the world … END_OF_DOCUMENT_TOKEN_TO_BE_REPLACED