Skip to content
Become a member and get exclusive access to articles, live sessions and more!
Start Your Free Trial
Home > Features > Chops: The Good Fight of a Two-Tenor Frontline 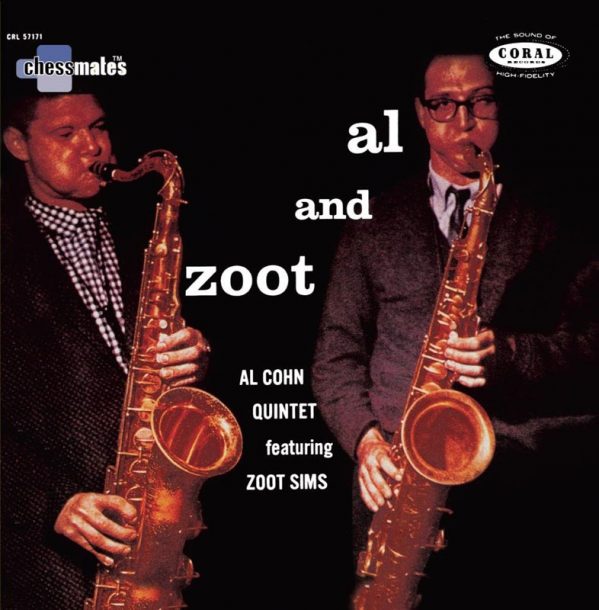 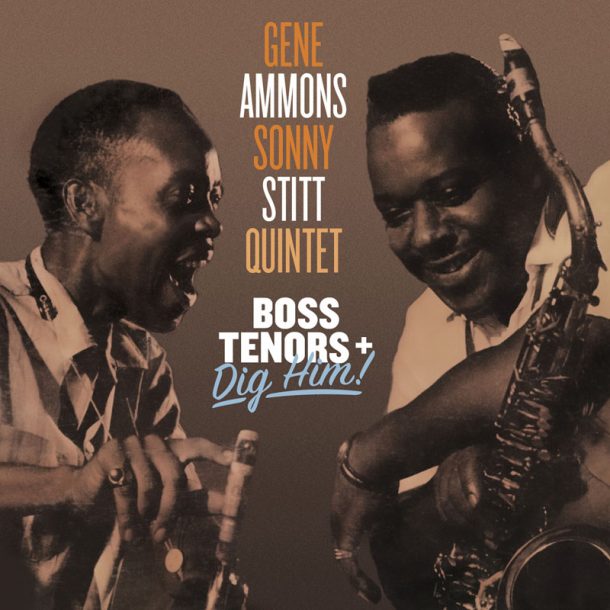 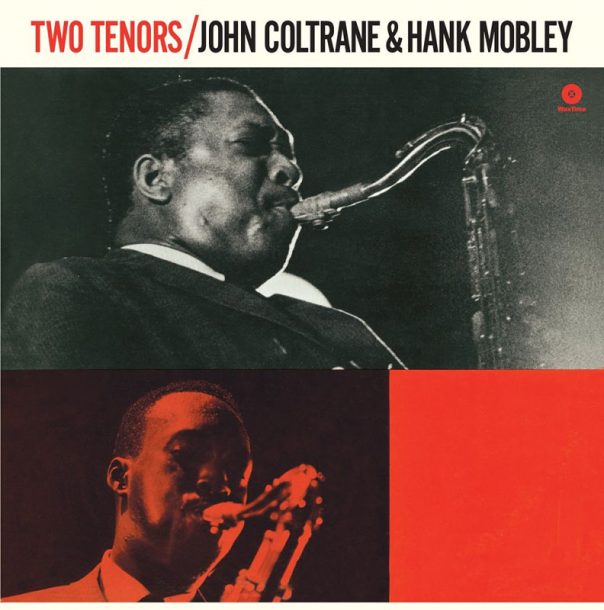 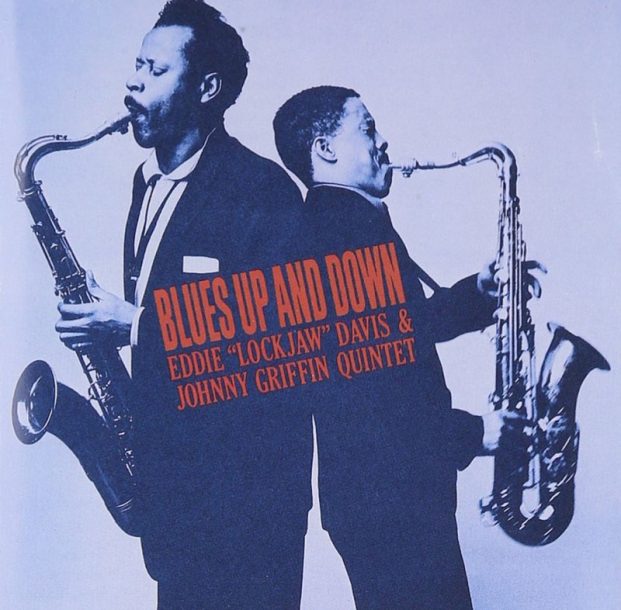 Eddie "Lockjaw" Davis and Johnny Griffin Quintet: "Blues Up and Down" 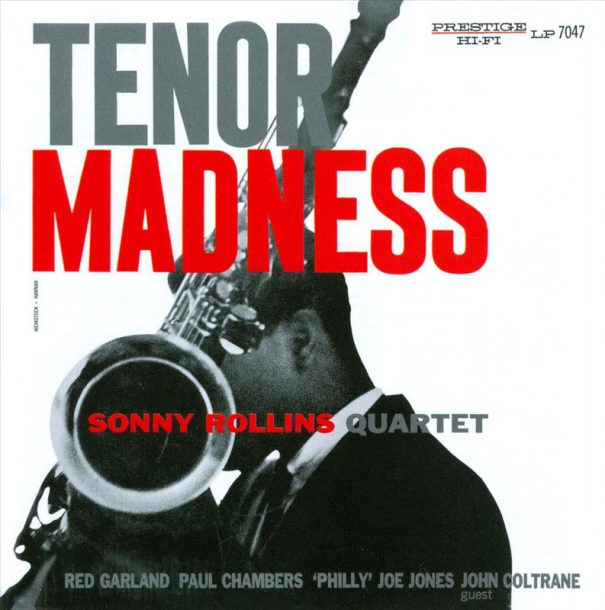 One tune that Jimmy Greene always plays for his sax students is the title track to Sonny Rollins’ 1956 classic Tenor Madness—the famous tenor battle between Newk and Trane. “Coltrane plays the first solo,” Greene recounts, obviously hearing the thrilling virtuosity in his head.

“He’s doing the things that he was working on at the time: fitting a lot of notes into each measure, playing a lot over each chord; there’s a lot of velocity to what he’s doing. Then Sonny comes in, and, although he can play tempos as fast as anyone, he plays one of the most lyrical tenor solos ever recorded—nothing fast, just beautiful melody after beautiful melody. Then, as if to say, ‘I can do that too,’ for the last few measures he plays this breakneck double-time line as an exclamation point. Sonny isn’t trying to beat Coltrane at his own game; he’s just being himself, and it ends up being one of my favorite moments on record.”

That single encounter is an object lesson in the dynamics of the two-tenor frontline, a relationship that is unique in its combination of the competitive and the complementary. It’s no mistake that words like “battle” and “contest” come up when you put two tenor players next to one another, a situation not unlike placing two Siamese fighting fish into one bowl. Yet astounding music has come from the pairing as well, from the mythological meeting of Lester Young and Coleman Hawkins to Gene Ammons and Sonny Stitt, Johnny Griffin and Eddie “Lockjaw” Davis, Al Cohn and Zoot Sims, Trane and Sonny and more.

The inherent competitiveness can be a benefit if not carried to extremes, says Greene, who has been playing in dual-tenor frontlines since an early experience with Wayne Escoffery under Jackie McLean’s leadership at the Hartt School. Since then he’s led a band that included fellow tenor Marcus Strickland and was a member of Mario Pavone’s Orange Double Tenor ensemble. “It’s a friendly competition, or at least it should be,” Greene says. “In the best of situations, the musicians inspire one another to even greater levels of focus and concentration than if there weren’t another person on your instrument playing with you. The most important thing is to put the egos to the side as much as possible and try to make music.”

Seamus Blake has found an ideal collaborator in Chris Cheek. The two tenormen co-lead the quintet Reeds Ramble, which has released two albums to date. “It’s like a relationship,” Blake says. “You have to have things in common, but you also have to have enough that’s unique about each of you that attracts the other person. When you’re in a band with anyone, you have to have similar ideals or similar things that you’re trying to achieve; but with two saxophones, if you play too similarly it might be too much for the audience.”

An unabashed lover of the tenor sound, Greene believes the two-tenor band can shine a spotlight on the endless potential of the instrument. “There are so many different ways to approach the saxophone, so many sounds that can be made, so many approaches that stem from someone’s personality and their general musicianship,” he says. “Saxophonists that aspire to the highest levels of playing inevitably have a very personal approach and sound, so it’s nice to be able to showcase that. Tenor is in a range and timbre that blends easily, so two tenors playing together sounds really good. The challenge is more how you’re going to approach it philosophically.”

To avoid the “too much saxophone” problem, Blake encourages players to devise arrangements that feature the different possibilities the lineup can offer. “There’s an art to writing a two-horn arrangement, because you only have one note to harmonize with. You have to pick spots to play unison, spots to have a bit of harmony and moments for countermelodies. Listen to vocal music and check out how people arrange vocal duets: when to harmonize, when to be in unison, when to play alone or let someone else play the melody. Those things help keep it interesting.”

But the key to differentiating the two tenors is the lesson that Rollins and Coltrane obviously imbibed: forge and maintain your individual voice. “One potential pitfall is trying to outdo the other person at their own strengths,” Greene says. “It’s very important to know who you are and to have a level of confidence that what you bring to the table is valuable and worth listening to. No matter what the other person does or doesn’t do, your voice is your voice. Just do what you do and make sure you’re doing it at the highest level possible.”

Organ trios and quartets were ubiquitous by the mid-1960s. In African American neighborhood bars and clubs up and down the East Coast, throughout the Rust … END_OF_DOCUMENT_TOKEN_TO_BE_REPLACED

Terence Blanchard looked around the restaurant table and launched into a gentle sermon about jazz education in Detroit that was part homily, part pep talk, … END_OF_DOCUMENT_TOKEN_TO_BE_REPLACED

Creating a program of solo piano music is the ultimate challenge for any improvising pianist. The music on my latest album, Ways of Disappearing (Sunnyside), … END_OF_DOCUMENT_TOKEN_TO_BE_REPLACED

First the good news: As you can see in our annual Festival Guide, there are plenty of jazz festivals scheduled to happen around the world … END_OF_DOCUMENT_TOKEN_TO_BE_REPLACED