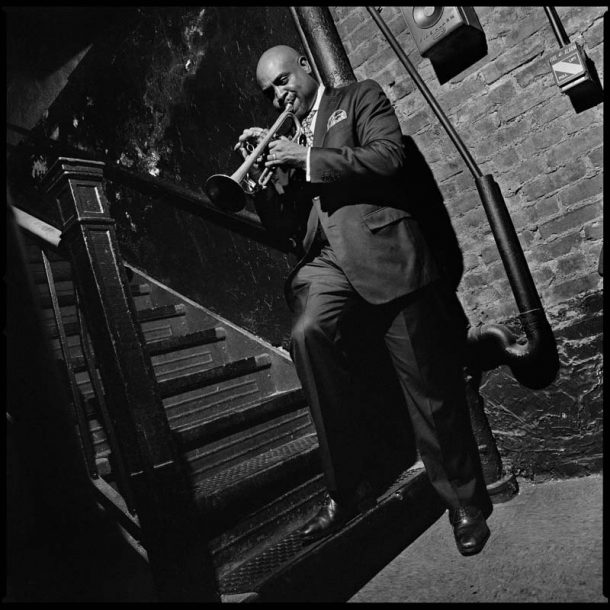 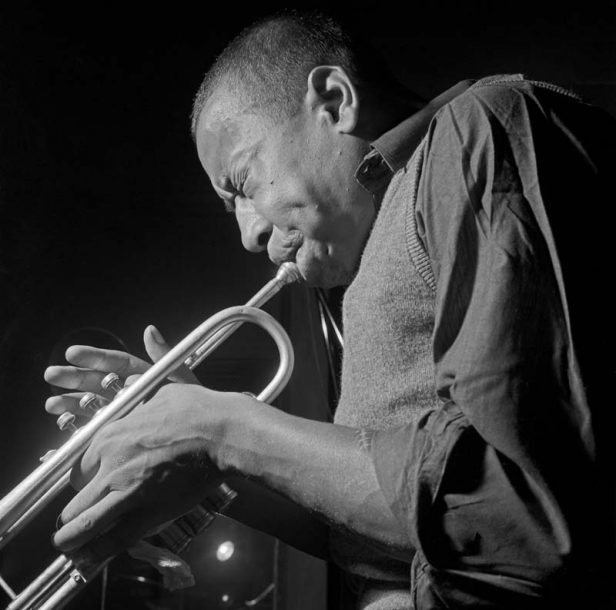 I came to jazz very late, in my second year of graduate school at Rutgers University. I thought pursuing it would make me a better classical trumpet player. When I first started I heard Lee Morgan, Clifford Brown, Dizzy Gillespie and Miles Davis; it was Miles who really taught me the vocabulary. But after grad school I started working in Philadelphia, where I was saturated with Lee Morgan.

I was working with the great organist Shirley Scott, who would talk about Lee Morgan and his playing and tell me stories. Then I met Jimmy Heath, who would do the same. When saxophonist Tim Warfield and I played together-he was the one who actually taught me a lot about jazz when we were learning to play-we played a lot of Lee’s tunes.

I think Lee Morgan’s sound came from what was in his head. Everyone who told stories about Lee all said the same thing: He was an extremely natural player. Not very schooled, but very natural. Nevertheless, the intellectual part of the music was there, because he was extremely bright. He had a great mind, just like Clifford, in the sense that Clifford was very mathematical. Lee was too: It wasn’t something he learned in a classroom, but you can hear it inside of his playing.

The other thing that Lee shared with Clifford is that both of them had incredible articulation. They both loved to play marches; that’s where that staccato in both guys’ articulation came from. A march is just so much articulation-double- and triple-tonguing, fast single-tonguing. Lee, especially, used that triple-tonguing when he would play, bringing extra sass and excitement. Shirley Scott used to call it “spitting” the notes; she always said that articulation is how you define yourself as a player. When you hear Lee Morgan, within the first two seconds you can tell from his aggressive tone and his articulation who it is.

That, and his vocabulary. The phrasing concept that I identify with Lee is the aspect of speech. His phrases were built the same as phrases you would use when you were having a conversation with someone. The space that he would use, the way he would build a solo, that would help with the storytelling part. Think about a great storyteller, or some guys who are fantastic joke tellers. When you hear them speak, they may not be conscious of the space they leave, but the space they leave brings about excitement in the story they tell. The same thing with a really great joke teller and the space they leave: It builds anticipation and sometimes creates the laugh all by itself. I think it’s the same with a great improviser: The space they leave is as fascinating as the space they play. That’s an element I consciously adapted from Lee Morgan.

I dig the way Lee navigates through harmony as well. It’s always said that those who know the most harmonies can make them sound the simplest. So when you listen to Lee Morgan harmonically, you hear the story, you hear the soulfulness; you’re not hearing him struggle through any of the harmonic sequences, and I find that really attractive. It’s spectacular when he’s working an uptempo tune, but I also love the way Lee plays ballads: I love how he emotes.

I can’t close this column, though, without talking about his compositional chops. They are astounding. The rhythmic complexity of a tune like “Yes I Can, No You Can’t” is remarkable. The best improvisers are the best composers, because you can hear composition in their playing, and vice versa. You can hear, in Lee’s compositions, that he wrote around the style of his playing, which I’m a huge fan of. I think “Ceora” is one of the most beautiful compositions ever written. That’s my benchmark as far as jazz composition.

The thing that attracted me the most about Lee wasn’t technical at all: It was his spirit of conviction. Every time he played, you could tell it was a hundred percent from his heart. That soulful aspect was overpowering for me. There was no way you could just sit and listen to a Lee Morgan solo and chill out; at some point, you’re gonna jump up and shout or scream. That’s what excited me. As a professor of music at Temple University, I can say that is something that can’t be taught.

Steve Lacy was once a brilliant bebop player. Yet conventional wisdom says the opposite. Many have long argued that a key to the innovative soprano … END_OF_DOCUMENT_TOKEN_TO_BE_REPLACED

What is a jazz film? Does it have to be a film about jazz and the people who play it? Or can it also be … END_OF_DOCUMENT_TOKEN_TO_BE_REPLACED

Films that tell stories about jazz open a revealing window on the place and perception of the music within popular culture. See Kevin Whitehead’s compelling … END_OF_DOCUMENT_TOKEN_TO_BE_REPLACED

Sponsored When he titled his 1959 album The Shape of Jazz to Come, Ornette Coleman probably didn’t expect that shape to be a familiar one. … END_OF_DOCUMENT_TOKEN_TO_BE_REPLACED