Skip to content
Become a member and get exclusive access to articles, live sessions and more!
Start Your Free Trial
Home > Features > Chops: Take Your Pick 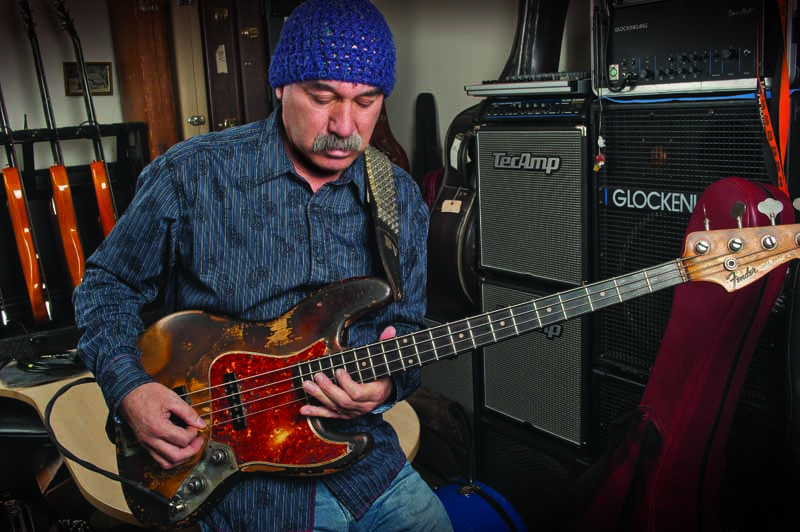 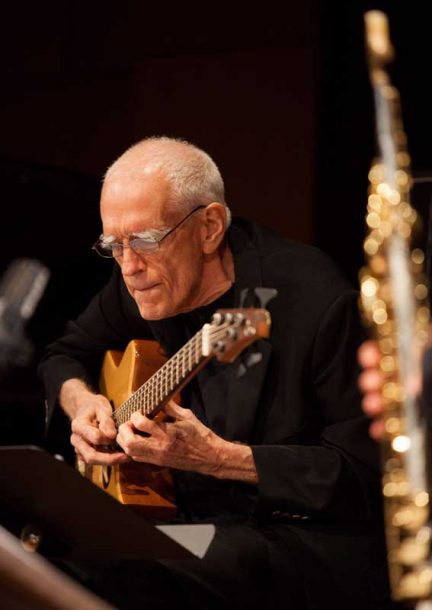 It took a while for the electric bass to find its footing as a jazz instrument. Monk Montgomery adopted the ax while in Lionel Hampton’s band during the early to mid-1950s, and jazz-trained R&B players made groundbreaking popular music with it during the ’60s. But it wasn’t until the fusion and funk era of the ’70s and ’80s that the instrument really came to prominence, via fingerstyle greats like Jaco Pastorius, slap virtuosos like Marcus Miller, or masters of both techniques like Stanley Clarke. Along the way, some players—including Montgomery—have preferred a pick to using their fingers. But flatpicking an electric bass, while common in rock, is still rare in jazz-oriented music.

For Steve Swallow, who has recorded extensively as both leader and sideman—with his wife Carla Bley, Gary Burton, John Scofield and others—the decision to use a pick came naturally, but not immediately. At the start of his professional career, playing with musicians like Jimmy Giuffre and Art Farmer, he used the standard acoustic double bass. But by the 1970s, he’d switched exclusively to electric. “It was something that happened to me, not something that I did,” he says. “I kind of fell in love. I picked up an electric bass and my fingers told me, ‘This is it.’ My head screamed back at them, ‘No!’ But they insisted. It was an improbable choice and it created all kinds of difficulties for my career. But I just couldn’t deny the feeling that I had for the electric bass. It hit me like a freight train the first time I picked up the instrument.”

The decision cost him work—not all leaders were comfortable with the electric bass sound. Then Swallow dug himself a deeper hole; he picked up a pick. “I switched because I wanted to get a better sound,” he says. “I switched fairly early in my development as an electric player, about a couple of years after I started playing the thing.”

He “knocked on a lot of guitarists’ doors” for advice and, with encouragement from colleagues such as Gary Burton and Roy Haynes, Swallow eventually developed his own technique and tone. “I ended up with more control,” he says. “But I’m not sure if that’s just the inevitable result of sticking with it for so many years or because the pick is innately better. It’s just a very particular technique that works for me but not for a lot of other people.”

Another bassist for whom it works is Bobby Vega, a San Francisco-born player whose credits tend to run toward the funky side—Tower of Power, Sly Stone—and Bay Area rockers. Vega also found that the learning curve was high at first. “When I started playing with a pick there wasn’t YouTube or anything like that,” he says. “We used our imagination to learn how to play it. We had to figure it out off a record or the radio, or watch somebody do it.”

Like Swallow, Vega was confronted by skepticism, but he wasn’t deterred. “If somebody says, ‘Don’t play with a pick’ or ‘You’re not supposed to do that,’ you’re closing up your options. There are things that you can’t do with your thumb or your fingers, or tonal things. I shut everybody up because I played my ass off until it didn’t matter.”

At first, says Swallow, “It was a lot easier to practice with the pick than to [use] it at a gig, because once you get on the gig you tend to bear down and play with twice the force that you do when you’re practicing. On the gig I’d get about two choruses in and the pick would fly out of my hand. I solved that by lining up about a half-dozen picks on top of the amplifier, so every time I dropped one I could reach back and pick up another. But it was a difficult transition in that very basic way. I just had to develop that particular muscle that lies between the forefinger and the thumb to the point where I wasn’t dropping the pick anymore. Beside that, there was a lot to learn about how to hold the pick and how to articulate the way I wanted it to.”

In the way of technique-building methods, Swallow suggests digging into Bach’s six “Cello Suites.” “They make demands on you when you practice, and they contain everything you need to know about constructing basslines and moving through harmonies as gracefully as possible,” he says. “I’ve been playing them for decades and I feel I’ve just begun to get to the meat of them.”

Neither musician has any regrets. Using a pick, says Vega, allows him to create rhythms that conventional fingerstyle playing does not. “The note gets there at a different time. You get different tone options,” he says. “There are many ways to do it; it’s just another sound palette.”

Are there are situations when picking just isn’t right? “I’ve never found specifically that my pick technique seemed to be keeping me from connecting with another player,” Vega says. But if that were to happen, there’s an easy solution: “If I thought that a particular tune would sound better with fingers, I’d pick up the phone and call John Patitucci.”

Terence Blanchard looked around the restaurant table and launched into a gentle sermon about jazz education in Detroit that was part homily, part pep talk, … END_OF_DOCUMENT_TOKEN_TO_BE_REPLACED

Creating a program of solo piano music is the ultimate challenge for any improvising pianist. The music on my latest album, Ways of Disappearing (Sunnyside), … END_OF_DOCUMENT_TOKEN_TO_BE_REPLACED

First the good news: As you can see in our annual Festival Guide, there are plenty of jazz festivals scheduled to happen around the world … END_OF_DOCUMENT_TOKEN_TO_BE_REPLACED

Steve Lacy was once a brilliant bebop player. Yet conventional wisdom says the opposite. Many have long argued that a key to the innovative soprano … END_OF_DOCUMENT_TOKEN_TO_BE_REPLACED