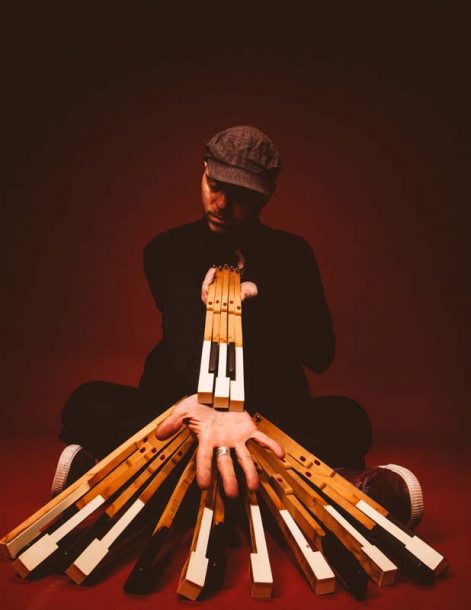 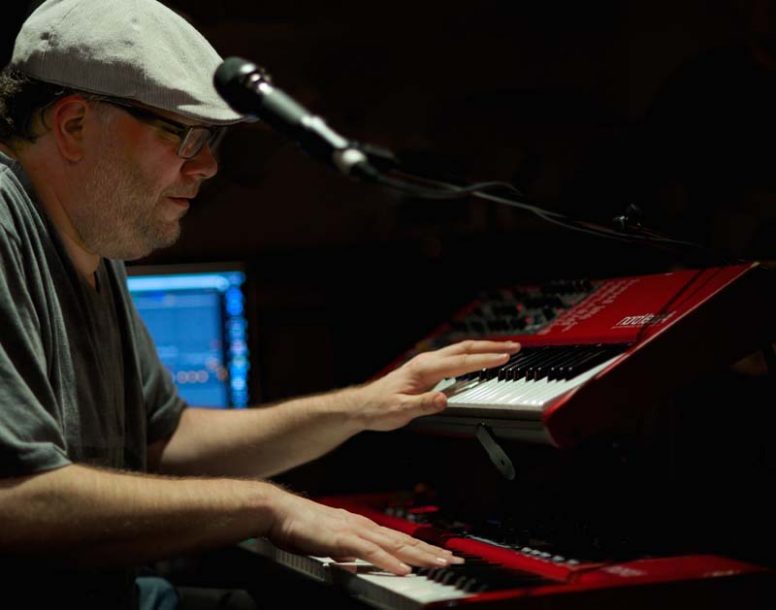 When keyboardist Jason Lindner recalls some of his more memorable synth solos, the first to come to mind is a tempestuous passage on the Donny McCaslin track “Faceplant,” off the saxophonist’s newly released Beyond Now. Right on the heels of a blistering McCaslin sax solo, Lindner pushes his Dave Smith Instruments’ Prophet-6 to conjure a swirling sound which has more impact than the notes themselves. “It builds tension in a certain way, and it’s just really strange and almost eerily emotive but somehow maintains some musical logic,” Lindner says. “It sounds like screaming a bit.”

The archetypal solo, no matter the instrument, starts simple, builds to a climax and segues back into the song. Soloing is far from an exact science, though—particularly with synthesizers, which are flexible by nature. The art of synth soloing is as much about mindset as it is about the music, according to Lindner and fellow keyboardist Scott Kinsey. For them, a song is a dialogue between instruments, and their approach is the same whether they’re soloing or playing rhythm. “Maybe I’m the one doing the talking a little bit more, but I still need that conversation,” said Kinsey, who plays in Tribal Tech and whose most recent solo album is titled Near Life Experience. “I don’t like the soloing concept where it’s just about you, and you’re playing your shit on top of the rhythm section. It gets boring.”

Finding your voice as a soloist can be especially hard on piano, which is a more universal instrument, Kinsey says. Synths at least give you the capability to radically change the timbre of the notes. Work on a signature sound, Kinsey advises, one that’s recognizable and becomes familiar to listeners. Don’t change it up too often, he says. “The worst thing you can do on a synth is sound like a NAMM [tradeshow],” Kinsey says. “You don’t want to sound like you’re calling up a patch every three seconds. You have to develop a couple that are your voice.”

That said, Lindner, who lent his talents to David Bowie’s final album, Blackstar, as part of McCaslin’s band, likes to completely morph the sound of his melodies mid-solo. The sonics are more important than the notes, he explains, and sounds, like characters in a novel, evolve over time. Technically speaking, the notes we hear are a series of high-frequency rhythms in and of themselves, he points out. “Just as a moving picture is a series of frames, each note is like a mini-movie at different speeds,” Lindner says.

Changing the qualities of the note in the middle of a solo can limit your flexibility—one hand might be needed to adjust knobs or flip switches instead of playing chords or a counter-melody—but it often makes for a bigger effect in the music, Lindner says. Organs and synths are similar in this regard, he notes; they can both be adjusted while playing, which helps convey an idea. “You can start a solo or a phrase on any note, really,” Lindner says. “It’s what happens after that makes the previous note work, and so on. The sound is what’s affecting people, more than the choice of notes.” Kinsey agrees, explaining that while many musicians have a few riffs they repeat in their solos, that’s not something to strive for. It’s better to focus on an overall effect than on a specific melodic line, he says.

Soloing in a recording studio is completely different than at a gig, Kinsey explains, because you can’t draw from the energy and feedback of a live audience. He sees it as an opportunity to orchestrate more, and will often take a pass at a solo, recording his parts on a simple electric piano or synth via MIDI, then examine certain phrases and build them out with different sounds. He points to the keyboard solo on “Rocket Science,” the title track of the 2000 Tribal Tech album, which was recorded live in studio. On it, Kinsey played Fender Rhodes but modified it to sound like something halfway between an electric piano and a synth. “I like the idea of having some mystery in it,” Kinsey says. “I don’t want it to be like, ‘Oh, there’s my Minimoog sound and I’m going to blow on it,’ because we’ve all heard it too much.”

If you’re in a rut, try physically rearranging your keyboard setup, Kinsey suggests. He solos with his bottom keyboard rather than the top, because it’s closer to his body. (“It just feels more natural to me that way,” he says.) Kinsey’s mentor, the late Joe Zawinul, would reverse the order of the notes on his keyboards to challenge himself to come up with new ideas.

After decades in the music business, Kinsey still wrestles over whether or not to solo in some of his own songs, and what shapes his solos will take. Learning how to solo isn’t all that different from learning how to speak, he says. “It comes with experience, with being open to everything and just learning the things you love and hoping that when you play, those things will come out,” Kinsey says. “And little by little, they will.”

Organ trios and quartets were ubiquitous by the mid-1960s. In African American neighborhood bars and clubs up and down the East Coast, throughout the Rust … END_OF_DOCUMENT_TOKEN_TO_BE_REPLACED

Terence Blanchard looked around the restaurant table and launched into a gentle sermon about jazz education in Detroit that was part homily, part pep talk, … END_OF_DOCUMENT_TOKEN_TO_BE_REPLACED

Creating a program of solo piano music is the ultimate challenge for any improvising pianist. The music on my latest album, Ways of Disappearing (Sunnyside), … END_OF_DOCUMENT_TOKEN_TO_BE_REPLACED

First the good news: As you can see in our annual Festival Guide, there are plenty of jazz festivals scheduled to happen around the world … END_OF_DOCUMENT_TOKEN_TO_BE_REPLACED