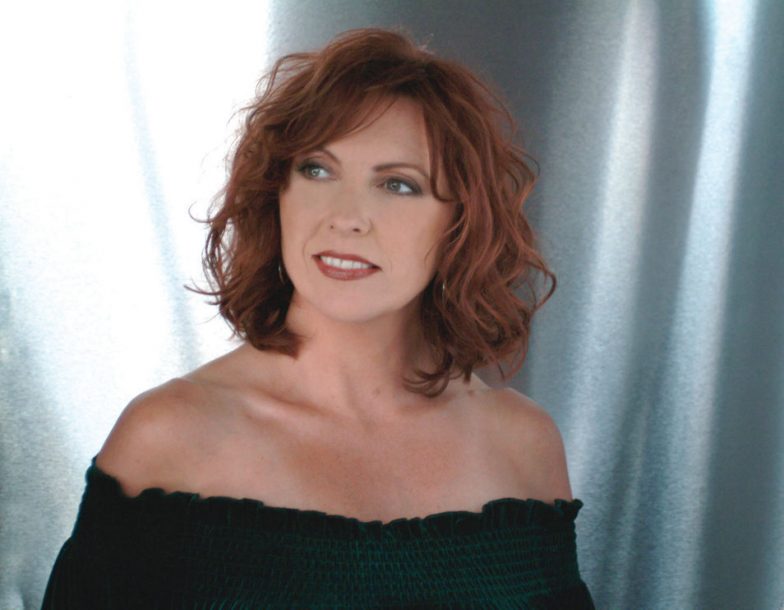 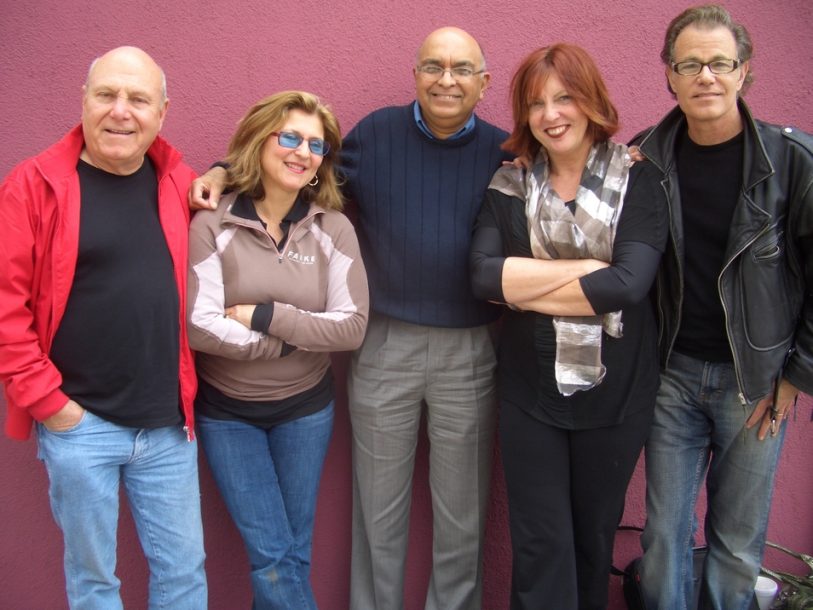 In terms of solo productivity, the guys lag way behind the women. Paul’s first, and to date only, release is Another Place and Time, from 2003. Hauser, the group’s founder, waited until 2007 to make his solo debut. His Love Stories, released on the King label in Japan, remains available only as a pricey import.

Siegel and Bentyne have been significantly busier in the studio. Each has, to date, released ten albums. The Siegel discography dates back to 1982’s Experiment In White and continues through Live In Milan from four years ago. With the exception of the hard-to-find Milan (available via the digital download terminal < A HREF=http://www.ghxport.com>GHXPORT), Siegel’s albums, including two with Fred Hersch (1989’s Short Stories and 1999’s The Tender Trap, both available via Siegel’s web site, have all been domestic releases, including three for Atlantic (back when the Transfer where on the same label) and four for Telarc.

Though Bentyne has been equally prolific, her albums haven’t all been as visible, at least not on this side of the Pacific. Of her ten solo projects, beginning with 1992’s Something Cool (a one-off for Columbia), six have been released on King in Japan and one, the soundtrack companion to her turn-of-the-millennium show Dreaming of Mister Porter, was distributed primarily via the Manhattan Transfer fan club and has long been out of print.

Bentyne’s King catalog begins with 2002’s Talk of the Town, a lovely, all-standards set featuring Kenny Barron on piano, Lewis Nash on drums, John Patituticci on bass and a host of special guests, including Chuck Mangione (adding a flugelhorn solo to “They Can’t Take That Away from Me”), saxophonist David “Fathead” Newman on two tracks and Take 6 members Mark Kibble and Alvin Chea, adding background vocals on “Girl Talk.”

A second standards collection, Moonlight Serenade, followed in 2003, with pianist Corey Allen and bassist Kevin Axt, plus guest turns by Kibble, Kevin Mahogany and Voicestra’s Roger Treece. Allen has since become integral to Bentyne’s solo oeuvre, appearing on all but one of her subsequent albums. That same year, Bentyne took a slightly altered course with The Lights Still Burn, augmenting such standards as “Black Coffee” and “Little Girl Blue” with more contemporary material, including Jimmy Webb’s “Shattered,” Bacharach and David’s “What the World Needs Now,” the Roberta Flack megahit “Killing Me Softly With His Song” and Allen’s own “Tango Del Fundo,” plus two selections from the Dori Caymmi songbook.

2004’s Sings Waltz for Debby, recorded solely with Barron and bassist Ray Drummond, brought Bentyne back to the land of jazz standards. Then, after a four-year break from King, Bentyne returned to the label in 2008 for Songs of Our Time, an all-contemporary collection that extends from Carole King’s “Will You Still Love Me Tomorrow” and Joni Mitchell’s “Both Sides Now” to Cyndi Lauper’s “Time After Time” and Jesse Harris’ “Don’t Know Why.” The standout tracks are Bentyne’s mellow, tender reading of Brenda Russell’s “Get Here” and her sparse, haunting treatment of Bob Telson’s “Calling You.”

2004 was also the year Bentyne joined Siegel on the Telarc roster. Her debut Telarc release was actually a domestic, track-for-track rerelease of Talk of the Town. In 2005, she paid album-length tribute to Anita O’Day with Let Me Off Uptown, featuring Jack Sheldon on two tracks. Her clever concept album The Book of Love, which traces seven stages of romance from longing to loss, followed in 2006. Telarc label-mate John Pizzarelli joins her for a sprightly, Django-influenced “Blue Moon,” and Kibble and Chea return (this time accompanied by Bentyne’s daughter, Zoë) for the Stephin Merritt-penned title track.

Last year, Bentyne made a delightful guest appearance on Mark Winkler’s Till I Get It Right, swapping accolades with Winkler on “Cool” (a tune I’m particularly fond of because it was inspired by a JazzTimes review of Winkler’s Sings Bobby Troup).

Earlier this year, another of Bentyne’s King albums was made available domestically on the indie La Dee Dah label. Though entitled New York Sessions, it actually comprises the twelve tracks from 2004’s Sings Waltz for Debby with Barron and Drummond. Bentyne’s entire solo output has been consistently superb, but these dozen selections arguably represent her finest hour (or, to be precise, 47 minutes). The album finds her in a contemplative mood, softly pondering everything from the elusive appeal of “The Boy Next Door” and like-minded yearn of “I Must Have That Man” to the illusionary resolve of “I Get Along Without You Very Well” and deep ache of “When Your Lover Has Gone.” Barron and Drummond are understatedly brilliant throughout, allowing Bentyne’s gorgeously rich soprano to shine bright.

Nor is Bentyne done with King. Just over a year ago, she spent three days in a California studio with Allen, Axt and assorted others (including special guest James Moody) to revisit the Cole Porter catalog. The fourteen tracks that fill The Cole Porter Songbook include a sparkling “It’s De-Lovely” set to a gentle bossa beat and a rollicking bossa treatment of “My Heart Belongs to Daddy,” plus an urgently furtive “It’s All Right With Me,” a wonderfully serene “I Concentrate On You,” an impassioned “Begin the Beguine” splendidly propelled by drummer/percussionist Dave Tull and a bouncy, retro-fitted “Let’s Misbehave.” Cleverest, though, is Bentyne’s blending of “Night and Day” with “Find Me a Primitive Man.” The Cole Porter Songbook will soon be available via Bentyne’s official web site, as will several of her other solo releases. Meanwhile, you can purchase the Porter album at CD Japan, where you’ll also find all of Bentyne’s other King releases. While there, check out the excellent 2008 release On the Sunny Side of the Street by the Allen-led L.A. Jazz Trio, featuring Bentyne.

Following in Ella’s footsteps, Bentyne intends to continue her songbook series. Next up, already recorded and due from King later this year, is The Gershwin Songbook. Bentyne is currently working on a domestic release deal for the album.

Oh, and if you’re interested in hearing Bentyne and Siegel together (beyond their Manhattan Transfer recordings), singer/songwriter Lorraine Feather persuaded the pair to provide joint vocal support on two tracks – the cunningly analytic “Very Unbecoming” and the frenetic ode to stalled stardom “Waiting Tables” – for her sparkling 2008 release Language.

If you’d like to share your comments about Cheryl Bentyne or Janis Siegel or the Manhattan Transfer, or have ideas for future installments of Hearing Voices, you can reach me at [email protected]

Organ trios and quartets were ubiquitous by the mid-1960s. In African American neighborhood bars and clubs up and down the East Coast, throughout the Rust … END_OF_DOCUMENT_TOKEN_TO_BE_REPLACED

Terence Blanchard looked around the restaurant table and launched into a gentle sermon about jazz education in Detroit that was part homily, part pep talk, … END_OF_DOCUMENT_TOKEN_TO_BE_REPLACED

Creating a program of solo piano music is the ultimate challenge for any improvising pianist. The music on my latest album, Ways of Disappearing (Sunnyside), … END_OF_DOCUMENT_TOKEN_TO_BE_REPLACED

First the good news: As you can see in our annual Festival Guide, there are plenty of jazz festivals scheduled to happen around the world … END_OF_DOCUMENT_TOKEN_TO_BE_REPLACED