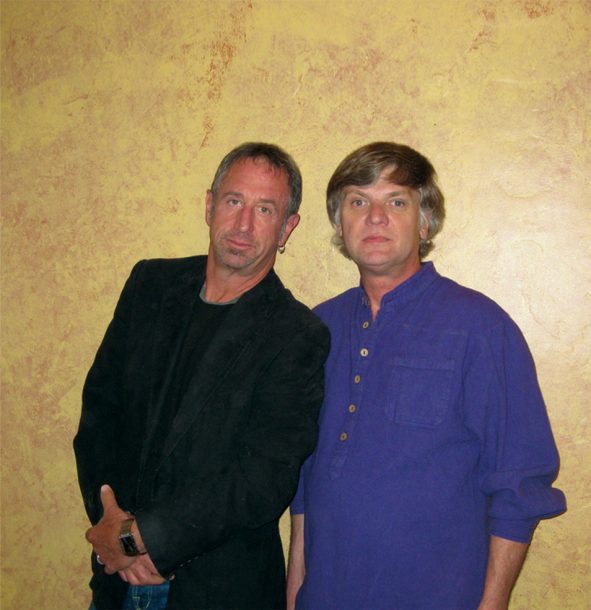 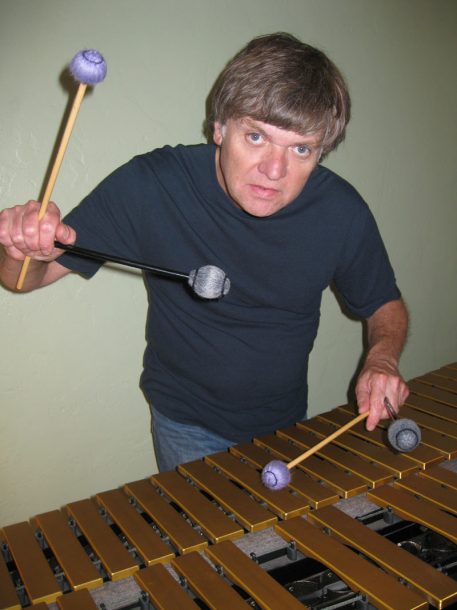 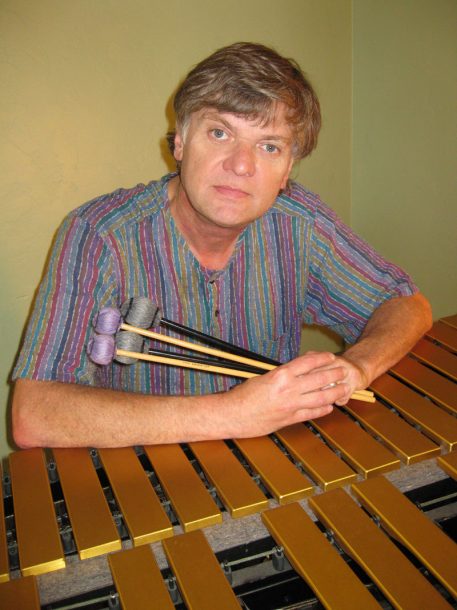 Every year around this time, some brave soul gets it into their head to jump the gun on holiday spirit and sends us their Christmas album for review. Call it chutzpah or call it premature excitement. Or maybe just call it careful planning. After all, last year I did a story on singer Krisanthi Pappas who was the first artist in 2009 to send us a holiday album, in July, no less. This year Charles Xavier didn’t get his album Xmas Vibe to us until early August, but nonetheless his was the first holiday album pitched to us and so he gets a story out of it. Fair is fair.

Perhaps the timing has something to do with geography. Xavier, a vibes player who originally hails from the New England area, now finds himself in the Bay area where snow is a rare commodity. And with the often cold summers on San Francisco, maybe he just got his seasons confused. Xavier says that is was merely expedience at work. “I just thought to get it to everybody early, knowing that print magazines and digital outlets have different deadlines,” Xavier explains. “But it is cold today. I’m wearing a coat.”

And given how long he’s been working on this album, you can’t blame him for wanting to get it out there. “I first started the album in October 2005, when I did four songs,” he says. “At that point, it had piano, vibes and drums. I did all the instruments myself. Then every year, I added a couple more songs. In 2008, I decided to add the guitarist to all the songs, and add some balance with sampling and new technology.”

He did find that it helped to work on the material when he was in a holiday sort of mood. “I like to work on it before Christmas and put out a version for that year. The final version, withl all the additions, was finished probably in May.”

The material is a combination of the traditional and non-traditional, including trance-like versions of John Lennon’s “Happy Xmas (The War is Over)” and the classic “God Rest Ye Merry Gentleman.” And on the last song, “O Christmas Tree,” the vocals sound a bit like Tom Waits or Captain Beefheart, which frankly suits me fine. What was the method to the madness of his picking tunes for the album? “They were just songs that rung out and I enjoyed listening to all my life,” Xavier explains. “And I thought they would work well with the mallets and the guitars. They’re not the happy-go-lucky thing but more of a melodic, yearning, creative, eclectic and abstract sound. I wanted a George Winston meets Vince Guaraldi meets Gary Burton soundscape to the holiday favorites.”

It certainly is atmospheric music and not your typical soloing-over-chord-changes jazz arrangements. And unlike most holiday albums, the music is almost mournful. Xavier confirms that this was an intentional outcome. “I wanted it to be soothing, relaxing and reflective.” He goes on to tell a story about the impact of the music. “I have a friend whose brother was sick. And they said that the music helped during that time because so much of Christmas music is so happy and upbeat that it can be hard to hear in that state of mind.”

Xavier is not exactly a household name and although this project is deserving of a wider audience, you have to wonder how he can reach people given both the glut of holiday releases and the demise of brick and mortar record stores. He tells me that he’s put together a team, with sales & marketing handled by Steffen Franz of Independent Distribution Company (IDC), West Coast promotion by Chris Buttner of PRthatRocks, East Coast promotion by Ginny Shea of Mixed Media, and social media by Todd Tate of 5thBeatle.net. “We’ll be setting up some in-store performances at record stores on both coasts. And getting live gigs at clubs. That’s my job contacting the club owners and promoters for bookings. I look forward to performing on the East Coast for two weeks.”

Who are some of his favorites? “Some of mine include Christmas music from Louis Armstrong and Vince Guaraldi. George Winston’s holiday albums are very interesting and very soothing. Phil Spector put out a Christmas album that’s hard to find.” I concur. In fact, Darlene Love and Ronnie Spector’s version of “Rockin’ Around the Christmas Tree” is tentatively slated for the Mergner family’s holiday CD.

I explain to Xavier that I do a holiday mix CD in lieu of a Christmas card or one of those self-aggrandizing newsletters and that as the first holiday album received at the JT offices, he’ll get a spot on my low-fi production that has distribution handled by the U.S. Postal Service with an audience in the low three figures. Royalties or mechanical rights have to be waived though. Xavier laughs and says, “It would be an honor to be included. I’m really happy with the way it came out, when I added all those sounds – like the guitar, glockenspiel, choir, etc.”

Xavier confesses that he missed the winter season of New England. “It can be very magical. It makes the holidays feel so great when you’re out there. That Christmas spirit.”

Xavier also plans on recording a non-holiday album soon for release in 2011. “It’s going to be a New Age or contemporary jazz session with a trio or quartet, sort of Cal Tjader meets electronica, mixing Latin jazz influences with the modern electronic sounds that are out there these days.” The tentative title for that project is Bosco, named for Xavier’s Newfoundland dog, a breed known for its gentle nature.

For more information about the holiday album, you can go to his label’s web site.

In spring 1963, when Coleman Hawkins was 58 and making some of the most astonishing music of his career, he gave a short but revealing … END_OF_DOCUMENT_TOKEN_TO_BE_REPLACED

Forgive me if I’ve mentioned this before (perhaps repeatedly), but I’ve been playing guitar now for more than 40 years. So when the time comes … END_OF_DOCUMENT_TOKEN_TO_BE_REPLACED

Organ trios and quartets were ubiquitous by the mid-1960s. In African American neighborhood bars and clubs up and down the East Coast, throughout the Rust … END_OF_DOCUMENT_TOKEN_TO_BE_REPLACED

Terence Blanchard looked around the restaurant table and launched into a gentle sermon about jazz education in Detroit that was part homily, part pep talk, … END_OF_DOCUMENT_TOKEN_TO_BE_REPLACED