Skip to content
Become a member and get exclusive access to articles, live sessions and more!
Start Your Free Trial
Home > Features > Catching Up with Saxophonist Mark Turner 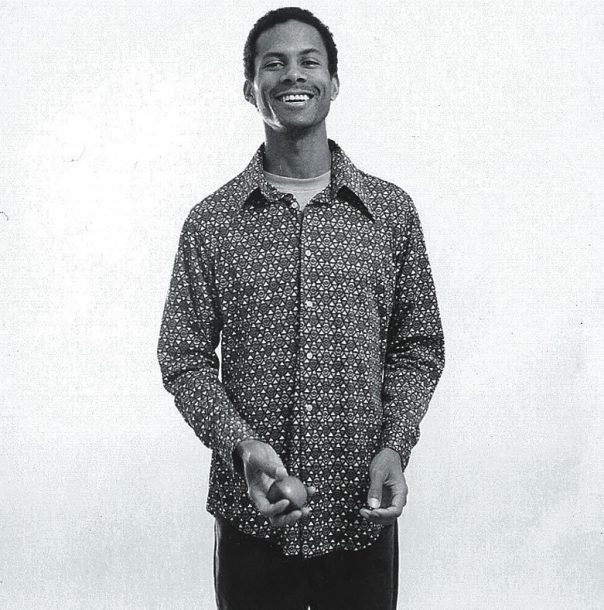 After a 12-year hiatus from recording as a leader, saxophonist Mark Turner is getting ready to record a new album under his own name-with a new and different formation: sax, trumpet, bass and drums.

In those last dozen years Turner has been involved as a sideman in many projects by some of the top names in jazz, among them guitarist Kurt Rosenwinkel, pianist Brad Mehldau, bassist Dave Holland and many others. Since he recorded his last album as a leader, Dharma Days (Warner Bros., 2001), Turner has also contributed to many other musicians’ recordings, among them alto sax player David Binney, bassist Omer Avital and the young guitarist Gilad Hekselman. Turner has also, since last year, been a member of the SFJAZZ Collective and is also co-leader in Fly, a trio completed by Larry Grenadier and Jeff Ballard and born in 2004.

At last, you are going to record a new album as a band-leader.

Yes! This is a project with a new quartet: trumpet player Avishai Cohen, bassist Joe Martin, drummer Marcus Gilmore and me. We are recording with ECM and we are also introducing the new band at the end of June at the Village Vanguard.

Are the tunes all your own compositions?

Yes, it’s all my music. They are all originals.

You had lot of time to write the music.

[Laughs] I didn’t write them along the last 10 years! I just finished all the music like a year ago.

So did you compose them with a view to recording this new album?

Yes, I had the idea in mind. I don’t just write in the abstract. I knew which guys are going to play it. I mean, I wanted them to play the music.

Do you have a lot of material?

Yeah… I think we will record nine tunes, maybe 10. They are long songs so maybe we have to do eight… I don’t know.

What’s the mood of the album, ballads or energetic music?

There is just one ballad. The mood? I don’t know how to explain it. You know, it’s like modern intense jazz. There are long-form tunes that change in different sections that you never hear again; you hear something and then it goes into something else. There are those tunes and then quite a few that have different kinds of lines. They are kind of exciting, I guess. There is a lot of information, a lot going on.

So there will be a lot of things that just musicians will understand.

Well, maybe. There are a lot of things that musicians will like to listen to, but it is pretty melodic also. If something is more complicated there is always something that leads you melodically, something you can sing.

And there is not a harmonic instrument.

No, nothing like that! [Laughs] No prisoners! There is no safety land, no blanket! Totally raw.

Will you replace the harmony with a dialog texture between the saxophone and the trumpet?

Yeah, we give a kind of harmony; that’s why the trumpet stands, to give it more body. It’s not like a saxophone trio, because just with the groove it is not really music. One more instrument gives more harmony… that’s it, a little bigger. I’ve never played with a trumpet player, I’ve never been curious about it. So it’s a certain kind of majestic strength the trumpet has that it can give to a quartet like that, a certain kind of power. I think it’s full.

Are you going to use electronic effects with the horn voices?

No, it’s totally raw. There is nothing extra to make it softer or anything like that.

Why did you spend all this time without leading a personal project?

Maybe because I have a family, that’s my main reason. I am not on the road all the time. I like to be at home. I wanted to be involved, I wanted my children to know me and I wanted to be close to them. So being a leader takes a lot of energy, a lot of time to write tunes.

You’re one of the most accomplished jazz saxophone players in the world and yet you haven’t recorded an album as a leader for 12years. Were you training to be the best sideman, or what?

That’s funny! I don’t know, I can’t answer that. Like I said, I have a sideman because I have a family; if I were single maybe I would have made more records as a leader. And about my position as a sideman, I don’t know. There are a lot of saxophone players with a great sound too, that play a lot. But I can’t say if I am a good sideman or not, that’s what other people have to say. I mean, if you get older and you are, like, 60 years old and you have been a journalist, and you did a lot of good work and you feel good about it, it’s automatic: other people and history decide whether you were a great journalist or not. It doesn’t matter what you say. It’s not something I can say.

How would you define your musical voice? The majority of the critics say that you are a cerebral, mathematical, man. Do you agree?

I can agree partially. I would say that everything I do comes from emotion and intuition. I think I am quite the opposite. You know, if something is very aggressive it’s emotional, and something that is quiet is gonna be cerebral. I don’t agree with that. But I do think a lot about music. I spend a lot of analytical thought on how to make music, and I practice and I spend my time. Yes, that part I do, but the inspiration of all that stuff is not about mind; it’s emotion and intuition.

What other projects are you involved with now?

Fly is kind of going on slowly but we’ll have a tour next fall, and I am going to play with Tom Harrell in October. I am gonna be recording with him in October too, and I think we’ll be playing at the Vanguard. And he is doing the same configuration-trumpet, sax, bass and drums-and that’s kind of interesting for me. His music is totally different; he’s super great. I did few gigs with them last fall and it was fantastic so I can’t wait for that! And I am also teaching in New York.

What’s the most important thing that you try to teach your students?

You found yourself through the music.

Yes, actually. That’s the main thing. I think a lot of students pay too much attention to what’s outside themselves without paying attention to what is going on inside and how to bring it out. So I try to improve that. If you want to play, you have to put all the talents you have in the music; it is not something that comes to you. You have to do something.

What’s the best lesson you have learned from your life in music?

It’s difficult to put it in one word, but I think the main thing is that in order to help other people you need to help yourself. In other words, if you want to sound good you have to make other people sound good.

Organ trios and quartets were ubiquitous by the mid-1960s. In African American neighborhood bars and clubs up and down the East Coast, throughout the Rust … END_OF_DOCUMENT_TOKEN_TO_BE_REPLACED

Terence Blanchard looked around the restaurant table and launched into a gentle sermon about jazz education in Detroit that was part homily, part pep talk, … END_OF_DOCUMENT_TOKEN_TO_BE_REPLACED

Creating a program of solo piano music is the ultimate challenge for any improvising pianist. The music on my latest album, Ways of Disappearing (Sunnyside), … END_OF_DOCUMENT_TOKEN_TO_BE_REPLACED

First the good news: As you can see in our annual Festival Guide, there are plenty of jazz festivals scheduled to happen around the world … END_OF_DOCUMENT_TOKEN_TO_BE_REPLACED