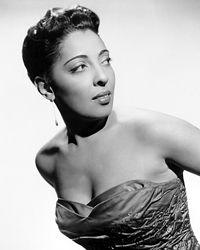 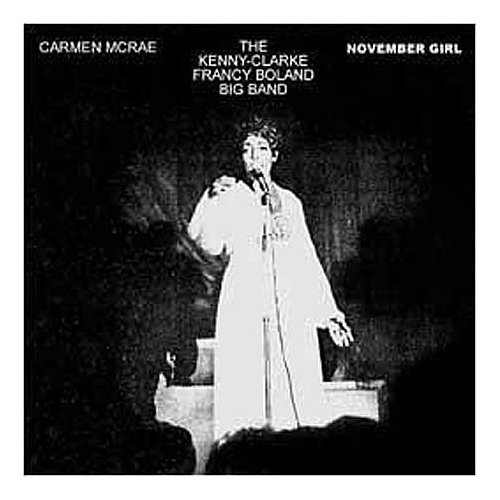 When vocal jazz aficionados speak of the all-time great female practitioners, Billie Holiday, Ella Fitzgerald and Sarah Vaughan are, quite aptly, typically identified as the holy troika. But I’d argue that the summit should include four thrones, the added space reserved for Carmen McRae.

Though McRae’s recording output, across a solo career that spanned five decades, was substantial, collecting McRae on CD has not been easy. Part of the problem is that she recorded for so many different labels, including, among others, Bethlehem, Decca, Kapp, Columbia, Mainstream, Atlantic, Blue Note, Concord and Denon. Almost all of her outstanding Decca/Kapp albums from the 1950s have drifted in and out of print, but mostly as pricey Japanese imports or hard-to-find import twofers. Some of the Columbia work – notably 1961’s Take Five with Dave Brubeck, and Something Wonderful, her pop-oriented salute to Broadway’s leading ladies – is around, though you’ll now have to search for a used copy (or settle for the iTunes version) of Lover Man, her classic ’61 salute to Holiday. Also available is most of the Concord material, including her unions with George Shearing and Cal Tjader. The rest has been hit-and-miss.

Lately, though, there’s been a fresh trickle of McRae reissues. The first, from Spain-based Fresh Sounds Records (a perennially dependable source for hard-to-find material), brings together a pair of mid-’60s treasures from her brief (1963-66) but fruitful association with Mainstream. Of the seven McRae albums released by Mainstream, four captured live performances. At the time, McRae’s regular trio included pianist Norman Simmons, bassist Victor Sproles and drummer Stu Martin. Together, they recorded two live albums, beginning with Live from Sugar Hill (in San Francisco) in 1963. That album debuted on the Time label, was subsequently re-released by Mainstream as In Person, and has surfaced twice on CD under both titles. Now the second union of McRae, Simmons and company, 1966’s Live & Wailing fills the back half of the Fresh Sounds release. Recorded in New York at the Half Note, it features superlative interpretations of 10 sturdy standards, including a lilting “Perdido,” a flawless “Love Is Here to Stay” and what could well qualify as the definitive “Midnight Sun.”

McRae’s two other live sessions for Mainstream also featured Simmons, with Frank Severino and Paul Breslin replacing Martin and Sproles, the trio augmented by guitarist Joe Puma, flutist Ray Beckenstein and bongo player José Mangual. Their first album, 1965’s rather spicily titled Live and Doin’ It has yet to surface; but a second ’65 date, at the Village Gate, is included on the Fresh Sounds disc. Originally released as Woman Talk, it features an entirely different playlist from Live & Wailing, with the focus shifted to newer material. McRae draws heavily from the then-current Leslie Bricusse/Anthony Newley musical The Roar of the Greasepaint, the Smell of the Crowd, performing the coy “Where Would You Be Without Me?,” the lovely “Look at That Face” and the oft-covered “Feelin’ Good.” Interestingly, McRae sidesteps the show’s standout hit, “What Kind of Fool Am I.” Her wide-ranging playlist also includes an effervescent reading of Cy Coleman’s cozy “Kick Off Your Shoes,” from the quirky, big screen Americans-in-Paris comedy The Art of Love, costarring Dick Van Dyke and James Garner, and an explosive rendition of “The Sweetest Sounds” from the landmark Richard Rodgers musical No Strings. Of the twelve tracks, the standout is McRae’s powerfully intimate “The Shadow of Your Smile.” (Note: given that McRae’s Mainstream recordings rank among her finest, fans should also seek out The 1964 Orchestra Recordings, a 2006 Lone Hill re-release of the magnificent studio albums Second to None and Haven’t We Met – on which she did include “Who Can I Turn To?” – with McRae’s ultra-rare recording of “Alfie” added as a bonus track).

Fast-forward a decade. After six years (and six albums of varied quality) at Atlantic, McRae was, for the first time in nearly two decades, not tethered to a major label. Her scattered projects included 1973’s As Time Goes By, an outstanding live session recorded at The Dug in Japan (the 1991 CD re-release, entitled simply Live at The Dug, has become almost impossible to find, but is worth searching out, at any price), and the excellent Groove Merchant albums Ms. Jazz and It Takes A Whole Lot of Human Feeling (both subsequently combined on the CD Velvet Soul). Among the rarest of McRae’s 1970s albums is November Girl, recorded in London in 1970 with the Kenny Clarke-Francy Boland Big Band. Earlier this month, November Girl finally arrived on CD, released by the Italian Schema label (though easily, and reasonably, available from Amazon). At the time of the original session, which took place late one evening after a appearance at London’s fabled Ronnie Scott’s, the Clarke-Francy outfit was earning widespread critical praise. The brass-heavy ensemble featured Scott himself among the five saxophonists and Art Farmer leading the four trumpeters, with co-leaders Clarke and Boland on drums and piano, and Jimmy Woode on bass. Rarely did the band work with vocalists. Likely, working with a singer of McRae’s skill and stature was too tempting to pass up; plus, of course, Clarke was her ex-husband. The playlist leans heavily toward original compositions, all written or co-written by Woode. None would become staples of McRae’s repertoire, nor would they be widely recorded elsewhere. She leads off with the moody title track, then jumps into the lively “Just Give Me Time” (written by Woode and Boland for the film L’Invito). The swirling “A Handful of Soul” is a fine ode to self-empowerment that stands in stark contrast to the nightmarish “Dear Death,” a fog-bound eulogy to a once vital romance that has turned stone cold. “I Don’t Want Nothin’ from Nobody” is a terrific, mid-tempo slice of feelgood soul and “My Kinda World,” with its sunny, magnanimous theme, seems like a more upbeat “What a Wonderful World.”

Unfortunately, the sound mixing is somewhat inferior on several tracks, the brassy band often overwhelming McRae. The exceptions are the album’s two non-Woode-written selections: a marvelously subdued “‘Tis Autumn” and a sprightly “You’re Getting to Be a Habit with Me.” As a bonus, the album’s original conceiver and producer, Gigi Campi, has provided a previously unreleased “This Could Be the Start of Something Big” that, thundering forward at about 100mph, is exhilarating fun.

If you’d like to share your comments about Carmen McRae, or have suggestions for future installments of Hearing Voices, please direct your email to [email protected]

Organ trios and quartets were ubiquitous by the mid-1960s. In African American neighborhood bars and clubs up and down the East Coast, throughout the Rust … END_OF_DOCUMENT_TOKEN_TO_BE_REPLACED

Terence Blanchard looked around the restaurant table and launched into a gentle sermon about jazz education in Detroit that was part homily, part pep talk, … END_OF_DOCUMENT_TOKEN_TO_BE_REPLACED

Creating a program of solo piano music is the ultimate challenge for any improvising pianist. The music on my latest album, Ways of Disappearing (Sunnyside), … END_OF_DOCUMENT_TOKEN_TO_BE_REPLACED

First the good news: As you can see in our annual Festival Guide, there are plenty of jazz festivals scheduled to happen around the world … END_OF_DOCUMENT_TOKEN_TO_BE_REPLACED