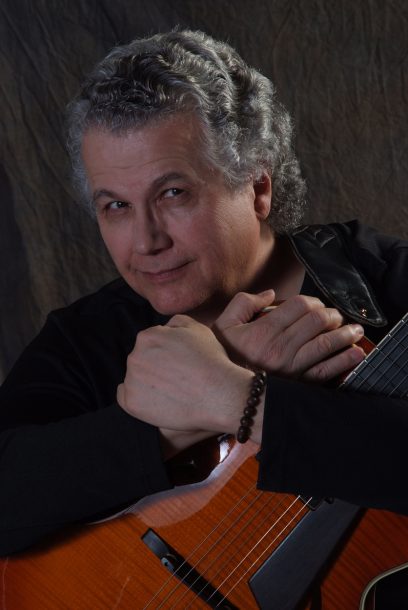 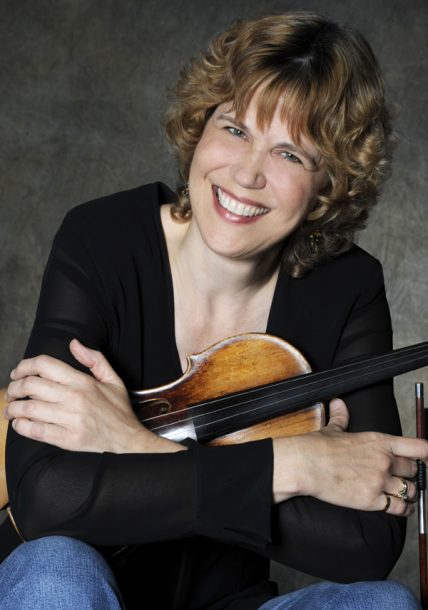 Greg Pasenko is apparently a glutton for punishment. Running Blujazz, an indie jazz record label and promotion company for over 10 years, he’s seen how the record industry has been turned upside down by a variety of factors. He’s also a working jazz musician, another profession that is not known for its lucrative revenue streams. Now, he and business partner, spouse and fellow musician Diane Delin are expanding their operation further by opening a nightclub called, of course, Club Blujazz.

The club opened in March of 2010 at 1540 W. North Avenue in Chicago. Among the artists who have already performed at Club Blujazz are Fred Hersch, Moutin Reunion Quartet, Mike Melvoin, Ingrid Jensen and Bruce Forman. Pasenko says that the club will continue to feature mainstream jazz artists, both local and national.

But given the current state of the economy and the rigors of opening a nightclub, why would two artists roll the dice on venture like that? “It had been in the back of our minds to always do a performance thing,” answers Pasenko. “Diane and I had put on some concerts at a theater. We felt we did a pretty good job with it. We’re both getting a little older. We both try to travel and perform. And we thought, well, if we had the club, we wouldn’t have to travel as much. It would be a good way to build a network with a lot of the artists out there that we really like.”

The bad news is that now everyone’s asking them for a gig. “Yes, we got every agent in the world calling us now,” he says, laughing. “That’s been the negative piece of it. Recently [jazz writer] Neil Tesser told me, ‘This is great, you’ve got to be the club owner that calls people back.’ I try to get back to people.”

Pasenko believes that Blujazz offers something a little different from the other jazz clubs in the Chicago area. “Probably because we’ve spent so much time in Manhattan, we wanted a New York feel to it, so it’s a little more elegant than the other clubs here in Chicago,” Pasenko says, tooting the venue’s horn a little. “We have candlelight on the tables and artwork on the walls and it’s like a gallery. It’s intimate. We can only seat about 90 people, plus some standing room so we can get about 100 people in.. We have a world-class sound system. We’re trying to make something a little more elegant, but still accessible to everyone.”

Location is always big factor for a restaurant or club and Pasenko thinks that they’ve found a good spot for what they envisioned. “We’re in an area called Bucktown Wicker Park, which is a pretty bohemian gentrified area,” he explains. “Without trying to go overboard, we just wanted to be an elegant hip and intimate space.”

And you can’t have a truly great jazz club without a first-class piano, a point Pasenko is keenly aware of. “We have Yamaha S-4 that lists for $85,000,” he acknowledges. “Everyone loves the piano. We’ve had some guys calling who are great players that have heard about the piano. For a piano player, it’s a great club.” They’ve even taken it one step further by buying an acoustic bass because they were finding a lot of first-class players not traveling with their own bass for economic reasons. As anyone who has flown recently can attest, it’s getting increasing complicated and expensive to cart bulky or heavy luggage.

Pasenko and Delin know that in jazz it can be tough to please everybody, but at the same time you want to fill the seats. “We’re trying, without overtrying, to mix it up between both [young and old]. Weekends are like date night and it can young people or older people from the suburbs, jazz lovers, who come in. We’re going for a cross without trying to eliminate anyone. But we have a very cheap cover on the weeknights [$5] and a more expensive cover on the weekends [$20-30]. We’re trying to bring in national acts on the weekends and their prices drive that.”

While we’re on the subject of money, we had to ask what it takes to get into the nightclub business, other than perhaps an unsound mind? “”It wasn’t outrageous compared to what people spend to start restaurants,” Pasenko answers. “It was under half a million, maybe about $350 million.” The site had a history of its own, albeit a non-musical one, as a succession of sports bars, but Pasenko wanted something very different. “We wanted it to be more than just a drinking hole,” he explains.

For a jazz musician, running a jazz club might be seen as a dream job of sorts, but Pasenko was quick to remind me of the tedium of much of the work. “The thing that I’m not enjoying the most is that I realized that, as a club owner, what you really are is a glorified errand boy. We’re out of pizzas, we’re out of this and that. I do a lot of that. Pretty much everyone is a musician that’s involved in this. For example, I’ve got a night manager named Mike Frost who is a sax player on our label. For me, I’d like to get to the point where I’m not doing all the minutiae!”

As musicians, they have a keen sense of the importance of the right atmosphere for live music. “It truly is a listening club,” Pasenko avers. “It’s funny. This last weekend, Neil Tesser was in and I wasn’t there. My manager said Neil was upset because during the drum solo he could hear the ice machine going in the back. I told him, ‘Neil, that’s great. If you can hear the ice machine all the way in the back of the kitchen and that’s the only sound you’re hearing with 100 people in there, that’s a pretty good listening club.'”

Of course, there are some of us who prefer the banging and clanging of a packed club to the sterile vibe of some concert halls. “I agree about that,” Pasenko says. “Recently we had Fred Hersch in and it was a wonderful concert that sold out. Our front tables are about four feet from the stage and at first we thought that would be good for the artists, but Fred said, “I’m so used to playing a club like the Vanguard, that there’s an intimacy we like about having those tables right under us, having people staring at you or whispering to each other.” I like that sort of feeling. But people listen, for sure.”

It seems that the music is Pasenko’s favorite part of his job description. “Yea, it’s the incredible music. Hanging out with cats that I wouldn’t get a chance to meet. Particularly a lot of the sidemen that you don’t necessarily get to know. There’s a drummer that was in with Fred Hersch, Eric McPherson, and he’s from Brooklyn, the gentlest man in the world. He’s a lesson in how to play drums with incredible energy but not too loud. Talking with him, meeting him was so great. Even though Diane and I play a lot we don’t always get a chance to meet and talk with people like that. I love that sort of interaction and intimacy.”

And word about the club gets passed from musician to musician. Pasenko recounted how recently Geoff Keezer was referred by Ingrid Jensen’s husband and drummer, Jon Wikan. For multi-taskers Pasenko and Delin, Club Blujazz still has to compete with their record label and promotion company and their own careers as artists. “We’re still doing it,” Pasenko notes. “We had a very successful record with Dee Alexander, a vocalist out of Chicago and that was actually the first time we financed a record. We really feel that we can keep that going at a lesser pace, which is fine with us. Diane [a violinist] plays every week. I get to play every week. I’m kind of like the fill-in guy. We also have a late night set, starting around 11:30, after the two main shows. That’s really great. But the biggest balancing act for me is that as a musician you want to pay everyone well and you realize that you can’t always. We’re trying to work those things out. Most of the musicians are very reasonable, though a few of the managers aren’t. But I’m learning fast.”

Now that they’ve started a club, how do they know if they’ve succeeded? What is their barometer for success? “We’re talking about in now,” Pasenko says, chuckling. “It will take six months to a year before we really see profit, I think. We did some naïve things, but at the same time, we’re really pretty good at it we’ve found. So it’s more a matter of do we want to do this, to keep at it. I think we really do. We’ll stick it out. I think we can make it. Our costs aren’t that terrible. But it’s a lot of work. People say, ‘Why would you do it in this economy?’ But I guess you can say that if this is the low point, it can only go up. You know what, everybody loves it. We never get a negative comment from the musicians or the people that come in, about the club. Everybody’s been very supportive. It just shows you that there is a market for jazz and there are people out there that really want this music. So hopefully we can carry the torch a little longer.”

Coming up in June are vibraphonist Joe Locke & Force of Four (June 4-5) and the Denny Zeitlin Trio featuring Buster Williams and Matt Wilson (June 11-12). To learn more about the club and upcoming performances, go to their web site. Their phone number is 773-360-8046. Originally Published June 4, 2010

Organ trios and quartets were ubiquitous by the mid-1960s. In African American neighborhood bars and clubs up and down the East Coast, throughout the Rust … END_OF_DOCUMENT_TOKEN_TO_BE_REPLACED

Terence Blanchard looked around the restaurant table and launched into a gentle sermon about jazz education in Detroit that was part homily, part pep talk, … END_OF_DOCUMENT_TOKEN_TO_BE_REPLACED

Creating a program of solo piano music is the ultimate challenge for any improvising pianist. The music on my latest album, Ways of Disappearing (Sunnyside), … END_OF_DOCUMENT_TOKEN_TO_BE_REPLACED

First the good news: As you can see in our annual Festival Guide, there are plenty of jazz festivals scheduled to happen around the world … END_OF_DOCUMENT_TOKEN_TO_BE_REPLACED