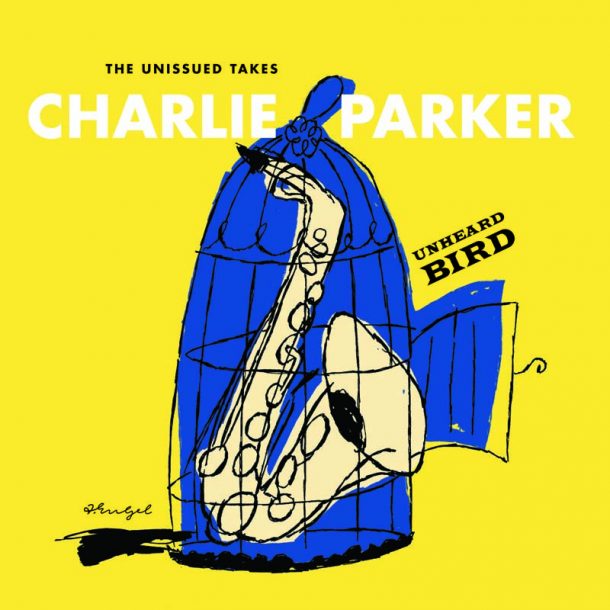 The first Charlie Parker collection I ever owned was a mixtape, dubbed onto both sides of a Maxell cassette. Made at my persistent urging by a Bird-crazy Latin teacher at my high school, the tape was an admirable survey of the alto saxophonist’s known discography. There were rough gems from his Savoy years, choice selections on Dial, a few confectionary morsels from Charlie Parker With Strings. And in what seemed at the time like a collector’s quirk, my teacher had littered the trail with false starts and incomplete takes: an off-kilter “Ko-Ko,” a thwarted “Parker’s Mood.” I didn’t give it much thought as I wore out the cassette in my car’s tape deck, but this tendency toward all-inclusiveness-toward a blinkered, warts-and-all voraciousness-was the best possible indoctrination to any life of Parker fandom.

I remembered that cassette recently while listening to Unheard Bird: The Unissued Takes, a new archival release on Verve. Pieced together from a trove of studio recordings on Mercury and Clef between 1949 and 1952, it features Parker’s alto saxophone in formats ranging from a quartet to a big band to an orchestra. Originally produced by Norman Granz, these sessions show Bird in generally fine form, working his quicksilver magic in ways that can feel workmanlike but somehow never fail to spark. Comprising 58 previously unavailable session takes-some of them only a few seconds long, and others amounting to full alternate tracks-it’s an alluring if rather undifferentiated heap of material from an indisputable giant of jazz.

If you have even a faint working knowledge of that giant’s music, you probably won’t be shocked to learn that Unheard Bird came about partly through the tenacity of Phil Schaap. A fact-scavenging jazz historian best known as the host of “Bird Flights,” the long-running (and longwinded) radio show on Columbia University’s WKCR-FM, Schaap has been involved in several other big ornithological releases in recent memory, including The Complete Dean Benedetti Recordings of Charlie Parker, a Mosaic box set from 1990.

Unheard Bird doesn’t approach that level of historic import, but it does sew up some unfinished business. In the liner notes, Schaap recalls his discovery of some mono reel-to-reel tapes in a PolyGram vault in the 1980s, rare bonus material that found its way onto Bird: The Complete Charlie Parker on Verve, a 10-CD set. This new material clearly would have been a part of that same box, had Schaap been able to track it down at the time. Its recent provenance is a little vague-Harry Weinger, vice president of A&R for Universal Music Enterprises, who coproduced the release with Schaap, acquired it from some former associates of Granz-but the music itself is bracingly clear. Whether or not you also find it compelling may depend on your relationship with “Bird Flights,” in all of its detail-mongering, hairsplitting glory.

When David Remnick, the editor of the New Yorker, profiled Schaap for that magazine in 2008, he assessed the discursive prolixities of “Bird Flights” as both a feature and a bug, “blurring the line between exhaustive and exhausting.” Early in the profile there’s a description of one particular show in which Schaap plays the 1949 recording “Okiedoke,” made by Parker with Machito and His Orchestra. He then goes on a seemingly endless tangent about how the saxophonist might have pronounced that slangy term. (“Perhaps it was at this point,” Remnick noted dryly, “that listeners all over the metropolitan area, what few remained, either shut off their radios, grew weirdly fascinated, or called an ambulance on Schaap’s behalf.”)

It so happens that “Okiedoke” accounts for the first five tracks of Unheard Bird, appearing in varying degrees of completion. Hearing them in chronological sequence, it’s easy to feel like a member of the “Bird Flights” audience, though Schaap’s pontifications are mercifully constrained to the CD booklet. Some of his statistical scholarship is valuable. But there’s also a good amount of forensic arcana that will only interest his fellow obsessives, like a sidebar concerning the likely date of a session in the spring of 1949. (Recalling that the conga player on the session once described it as a warm day, Schaap writes: “Historical weather records indicate May 4, 1949 the warmest day in NYC that month; it was still in the mid-70s the following day.”)

Forever caught between a low whistle of admiration and a barely stifled yawn, I harbor a diehard ambivalence about Schaap’s style as a jazz communicator. But I have only great respect for the purity of his quest, which certainly shines through here. For anyone so inclined, this is a great opportunity to hear about a dozen partial takes of a track labeled “Blues (Fast),” made in 1950 by a killer quartet with Parker, pianist Hank Jones, bassist Ray Brown and drummer Buddy Rich. (For each intro, Rich plays a slightly different rudimentary break on snare drum.) And Schaap rightly singles out the distinctions between master and alternate takes of “What Is This Thing Called Love?,” from a 1952 session with a big band, featuring arrangements by Joe Lipman. For me, one small fixation that emerges here is the way that Thelonious Monk slyly changes his piano part for every take of “Mohawk”-but sticks to a more consistent setup on “An Oscar for Treadwell,” from the same session in 1950.

Another tune from that session is “Bloomdido,” which was on my high school Parker mixtape. A few intriguing false starts of the tune appear on Unheard Bird, including one in which Parker fails to come in on the head. “Forgive me, I misunderstood it myself,” he says in his mellow Kansas City baritone. “OK, do it again.” By the third take, Rich is helpfully swishing a hi-hat behind Monk’s spiky intro; by the fourth take, they’ve nailed it.

Organ trios and quartets were ubiquitous by the mid-1960s. In African American neighborhood bars and clubs up and down the East Coast, throughout the Rust … END_OF_DOCUMENT_TOKEN_TO_BE_REPLACED

Terence Blanchard looked around the restaurant table and launched into a gentle sermon about jazz education in Detroit that was part homily, part pep talk, … END_OF_DOCUMENT_TOKEN_TO_BE_REPLACED

Creating a program of solo piano music is the ultimate challenge for any improvising pianist. The music on my latest album, Ways of Disappearing (Sunnyside), … END_OF_DOCUMENT_TOKEN_TO_BE_REPLACED

First the good news: As you can see in our annual Festival Guide, there are plenty of jazz festivals scheduled to happen around the world … END_OF_DOCUMENT_TOKEN_TO_BE_REPLACED