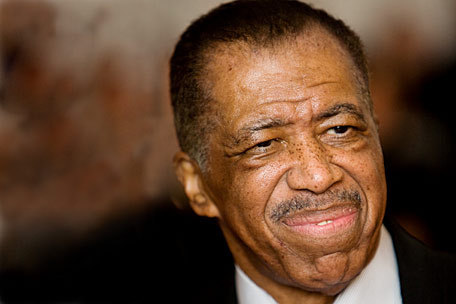 Likely the name Benjamin Earl Nelson means nothing to you. But abbreviate the first name, reduce the middle name to an initial and swap the adopted stage name “King” for Nelson, and you’ll immediately recognize an iconic entertainer whom Atlantic Records co-founder Ahmet Ertegun aptly considered “one of the greatest singers in the history of rock and roll and rhythm and blues.” During his transitory tenure as lead singer for the Drifters, Ben E. King defined such seminal crossover hits as “I Count the Tears,” “There Goes My Baby,” “Dance With Me,” “This Magic Moment” and “Save the Last Dance for Me.” As a solo artist, he’ll forever by remembered for “Spanish Harlem” and “Don’t Play That Song (You Lied),” both fine enough to be appropriated by Aretha Franklin, and the indelible “Stand By Me,” included by the Record Industry Association of America among the Songs of the Century.

The hits stopped coming for King around the time the British Invasion landed on American shores. He enjoyed brief career resurgence in the mid-’70s with the million-seller “Supernatural Thing, Part One” and again in the mid-’80s when the massive popularity of the coming-of-age film Stand By Me resulted in a return to the top 10 for the title tune. King continued to record fairly regularly throughout the 1990s and into the new century. He even tried his hand at a couple of jazz albums, recruiting such esteemed artists as Milt Jackson and David “Fathead” Newman to participate in the polished, big band release Shades of Blue in 1999, and recording a live set at the Blue Note (released in 2003 as Person to Person). But the public was no longer buying what King had to offer.

Enter Linda Nash, a longstanding presence on the Canadian music scene. Last year, Nash happened to catch a King performance at the Blue Note, and invited him to Alberta to record an album of standards that she and her husband, Lanny Williamson, would produce. She had an ideal spot in mind: a state-of-the-art Calgary studio called “The Beach” which Williamson just happens to own. Though surely aware that her investment in the project would likely reap little or no return, Nash spared no expense. Determined to surround King with the sort of musicians fit for a king, she flew in the best of the best, assembling an all-star outfit comprised of pianists Jon Mayer and Larry Willis, bassist John Clayton, drummer Roy McCurdy, trumpeter Randy Brecker, flugelhornist Guido Basso, trombonist Steve Davis and saxophonists Charles McPherson and Javon Jackson.

Throughout the dozen tracks that fill Heart & Soul (CanAm Records), King sounds every inch his 71 years. The voice is deeper than expected (in one interview, King explained that Nash asked him to sing in his “baritone voice” and, indeed, he sounds less like an aging version of himself than a septuagenarian Brook Benton). A fair amount of rust has accumulated around the edges. His range is now minimal. And yet the majesty remains. Wisely, King restricts his playlist to soft, mellow ballads – the sort of 3 a.m. tunes that are ideally suited to a once blazing voice that has been reduced to embers. With the assistance of his exceptionally perceptive and respectful bandmates, King lends a haunting, Jimmy Scott-esque vulnerability to the likes of “Little Girl Blue,” “For All We Know,” “I Only Have Eyes for You” and “Since I Fell for You.” Particularly stirring are his sweet, tender “The Touch of Your Lips,” a cognac-warm “My Funny Valentine” that finds him expertly swapping lines with Basso, and an album-closing rendition of “That’s All” that gorgeously captures the depth of the lyric’s heartfelt devotion.

There is one bonus track. Ushered in by a couple of false starts and some studio chatter, it is a peppery treatment of “That Old Feeling” that ably demonstrates there’s a little swing left in the King.

Outside of Calgary, where the local press was fairly supportive, the album has garnered little publicity, which is a shame. Lovingly produced and expertly performed, it deserves to be heralded, and heard.

In spring 1963, when Coleman Hawkins was 58 and making some of the most astonishing music of his career, he gave a short but revealing … END_OF_DOCUMENT_TOKEN_TO_BE_REPLACED

Forgive me if I’ve mentioned this before (perhaps repeatedly), but I’ve been playing guitar now for more than 40 years. So when the time comes … END_OF_DOCUMENT_TOKEN_TO_BE_REPLACED

Organ trios and quartets were ubiquitous by the mid-1960s. In African American neighborhood bars and clubs up and down the East Coast, throughout the Rust … END_OF_DOCUMENT_TOKEN_TO_BE_REPLACED

Terence Blanchard looked around the restaurant table and launched into a gentle sermon about jazz education in Detroit that was part homily, part pep talk, … END_OF_DOCUMENT_TOKEN_TO_BE_REPLACED