Skip to content
Become a member and get exclusive access to articles, live sessions and more!
Start Your Free Trial
Home > Features > Beat Goes On 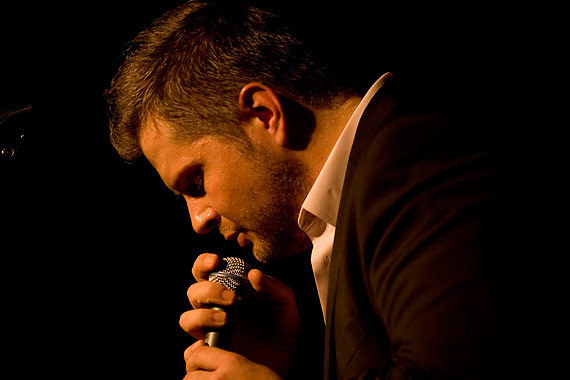 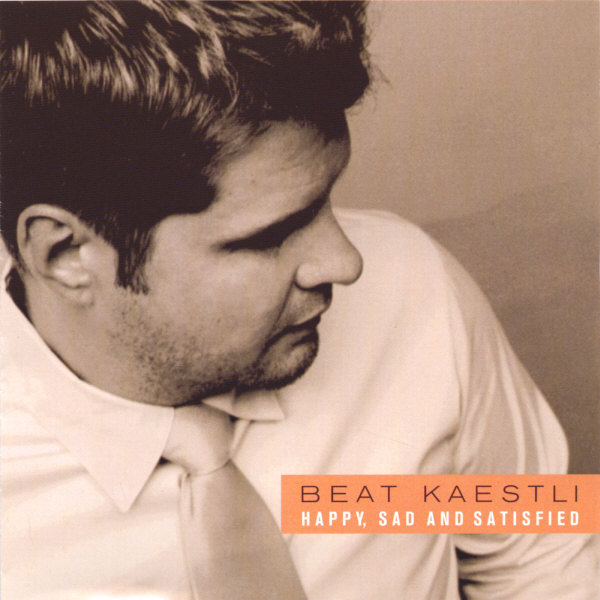 According to Hollywood folklore, when Jack Lemmon was just starting out an overzealous agent advised him to alter his last name. Critics disappointed with one of his films or performances would, he insisted, surely find it too irresistible to link “Lemmon” to its homonym. The same advise might apply to a jazz singer whose first name is Beat.

But, just as Lemmon rarely needed to worry about negative reviews, Swiss-born vocalist Beat Kaestli is simply too gifted to be concerned with censuring, homonymic wordplay. (For the record, Kaestli’s first name is pronounced “bay-at” and was originally spelled Béat, before the accent disappeared several years ago).

Nearly two decades have passed since Kaestli won a scholarship to the Manhattan School of Music and made a permanent move to New York. Following several years of supporting himself as a session singer, backing such dance artists as Barbara Tucker and Inaya Day and working alongside Linda Hopkins on the world tour of the Harlem Gospel Show, Kaestli made his recording debut in 2002 with Reasons a collection of R&B-infused, pop-jazz originals that earned him comparisons to such disparate headliners as George Michael and Maxwell.

2005 marked a dramatic directional change when he was selected as vocalist for the Glenn Miller Orchestra, charming audiences from coast-to-coast with his personable renditions of “When You Wish Upon A Star” and “Moonlight Serenade.” The following year, Kaestli made his first recording foray into the Great American Songbook with Happy, Sad and Satisfied an impressively varied assortment of covers that extended from a downy “Lazy Afternoon” and a clever blending of “Blue” and “Round Midnight” to a boldly vibrant “Summertime” and an harmonically adventurous, bilingual treatment of “Autumn Leaves/Les feuilles mort.”

Kaestli returned to the classroom in 2007 when a scholarship from the Ella Fitzgerald Foundation provided him the opportunity to earn a Masters degree from the Aaron Copland School of Music. Two more albums, different as the regions they salute, have since followed. On last year’s multilingual Far From Home, Kaestli paid tribute to a spectrum of European songwriters who helped shape his earliest musical appreciation, including Michel Legrand and Kurt Weill. The deeply heartfelt project prompted Jon Hendricks to praise Kaestli as “soulful [and] sensitive.”

This year, Kaestli has at last advanced to a major jazz label. On Invitation, his Chesky debut, he returns to the American standards songbook for nine gorgeously minimalist, dove-soft tracks. In the liner notes, Kaestli observes that producer David Chesky “had a very subtle but clear vision of what he wanted this project to sound like. He didn’t want the intimacy of my voice to be overshadowed by too many things going on. So he suggested taking it down a notch tempo-wise in every tune. I found it a very daring approach.” Masterfully supported by bassist Jay Leonhart, drummer Billy Drummond, saxophonist Joel Frahm, trumpeter Kenny Rampton and guitarist Paul Meyers, Kaestli achieves much the same spellbinding effect as José James on For All We Know, his recent collaboration with Belgian pianist Jef Neve.

Ever since Kaestli included a slightly haunted “My Funny Valentine” on Happy, Sad and Satisfied he has drawn comparisons to Chet Baker. But the Baker resonance is slight. Kaestli rarely echoes the ghostly aloofness that defined so much of Baker’s vocal work. The far more valid parallel is to Kenny Rankin. The gentle swing of Kaestli’s “My Romance” recalls Rankin’s “Haven’t We Met,” and on such quieter, moodier selections as “The Nearness of You,” “My Foolish Heart” and “I’ve Got You Under My Skin” the soft, sunny lope that was such a distinct Rankin trademark clearly resonates. Particularly stunning is the title track in which Kaestli establishes an effective balance between sweet temptation and lurking danger.

Typical of Chesky recordings, the sound quality is outstanding, significantly enhancing the album’s stark beauty. Invitation does, indeed, represent an ideal pairing of artist and label. Here’s hoping it proves to be a long and fruitful relationship.

If you’d like to share your comments about Beat Kaestli or have suggestions for future installments of Hearing Voices, you can reach me at [email protected]

Organ trios and quartets were ubiquitous by the mid-1960s. In African American neighborhood bars and clubs up and down the East Coast, throughout the Rust … END_OF_DOCUMENT_TOKEN_TO_BE_REPLACED

Terence Blanchard looked around the restaurant table and launched into a gentle sermon about jazz education in Detroit that was part homily, part pep talk, … END_OF_DOCUMENT_TOKEN_TO_BE_REPLACED

Creating a program of solo piano music is the ultimate challenge for any improvising pianist. The music on my latest album, Ways of Disappearing (Sunnyside), … END_OF_DOCUMENT_TOKEN_TO_BE_REPLACED

First the good news: As you can see in our annual Festival Guide, there are plenty of jazz festivals scheduled to happen around the world … END_OF_DOCUMENT_TOKEN_TO_BE_REPLACED