Skip to content
Become a member and get exclusive access to articles, live sessions and more!
Start Your Free Trial
Home > Features > The Producers 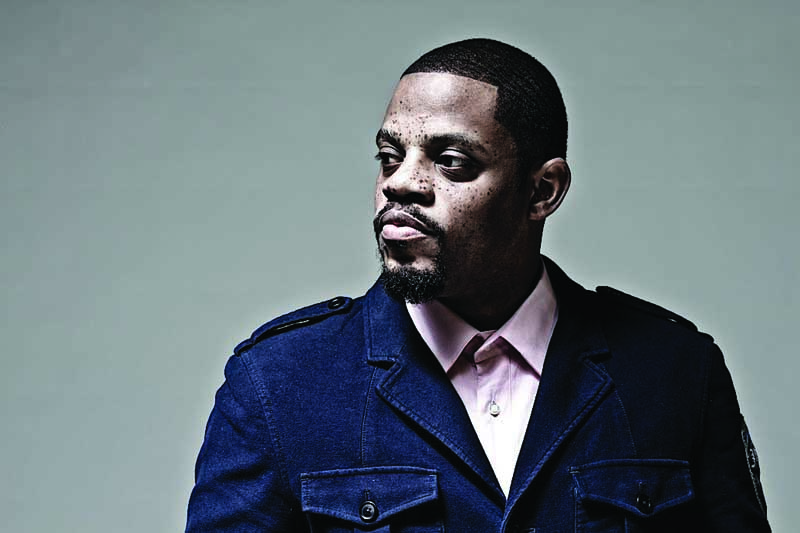 This piece originally appeared as a sidebar to our April issue feature on BadBadNotGood.

Erykah Badu once called this Detroit native the “clean Dilla” for his contributions to her New Amerykah albums. And like the late hip-hop innovator and fellow Motor City native J Dilla, Riggins (pictured) has worked with hip-hop and R&B royalty such as Slum Village, Common and Dwele. Jazz purists will recognize Riggins as an ace drummer for the likes of Ray Brown, Mulgrew Miller and, more recently, Diana Krall. Riggins’ 2012 Stones Throw LP, Alone Together, is a compelling reconciliation of his approaches to both jazz and hip-hop. Expect a new full-length from him this year.

The son of avant-garde jazz instrumentalist Michael Keith and singer Mekea Keith, Om’Mas studied drums as a teenager under Max Roach before learning hip-hop production from Jam Master Jay, among others. He is a member of the L.A.-based electronica/jazz/hip-hop trio the Sa-Ra Creative Partners with Shafiq Husayn and Taz Arnold, and has gained international recognition as a producer for the likes of Frank Ocean (with whom he won a Grammy), Jay Z, Jill Scott and Kanye West.

Before he garnered acclaim in hip-hop, producing for Snoop Dogg, DJ Quik, Busta Rhymes and, most noteworthy, Kendrick Lamar, Martin was a young jazz saxophonist who once shared the stage with veteran jazz drummer Billy Higgins. With the breakout success of Lamar’s 2015 disc, To Pimp a Butterfly, his forthcoming collaboration with Herbie Hancock, his work with Kamasi Washington and his well-received 2016 jazz/neo-soul release Velvet Portraits, Martin’s star in jazz and R&B/hip-hop continues to rise.

Imagine Alice Coltrane reincarnated as a multi-instrumentalist with a penchant for stargazing, Afrocentric hip-hop and R&B. Georgia Anne Muldrow channels much of her soul- and spiritual-jazz aesthetic from her parents, the gospel singer Rickie Byars Beckwith and the late jazz guitarist Ronald Muldrow. In addition to releasing a slew of excellent avant-leaning albums including Olesi: Fragments of an Earth and  A Thoughtiverse Unmarred, her credits include Robert Glasper, Yasiin Bey (Mos Def), Madlib and Erykah Badu.

Organ trios and quartets were ubiquitous by the mid-1960s. In African American neighborhood bars and clubs up and down the East Coast, throughout the Rust … END_OF_DOCUMENT_TOKEN_TO_BE_REPLACED

Terence Blanchard looked around the restaurant table and launched into a gentle sermon about jazz education in Detroit that was part homily, part pep talk, … END_OF_DOCUMENT_TOKEN_TO_BE_REPLACED

Creating a program of solo piano music is the ultimate challenge for any improvising pianist. The music on my latest album, Ways of Disappearing (Sunnyside), … END_OF_DOCUMENT_TOKEN_TO_BE_REPLACED

First the good news: As you can see in our annual Festival Guide, there are plenty of jazz festivals scheduled to happen around the world … END_OF_DOCUMENT_TOKEN_TO_BE_REPLACED