Skip to content
Become a member and get exclusive access to articles, live sessions and more!
Start Your Free Trial
Home > Features > Art Farmer: Every Note Means Something 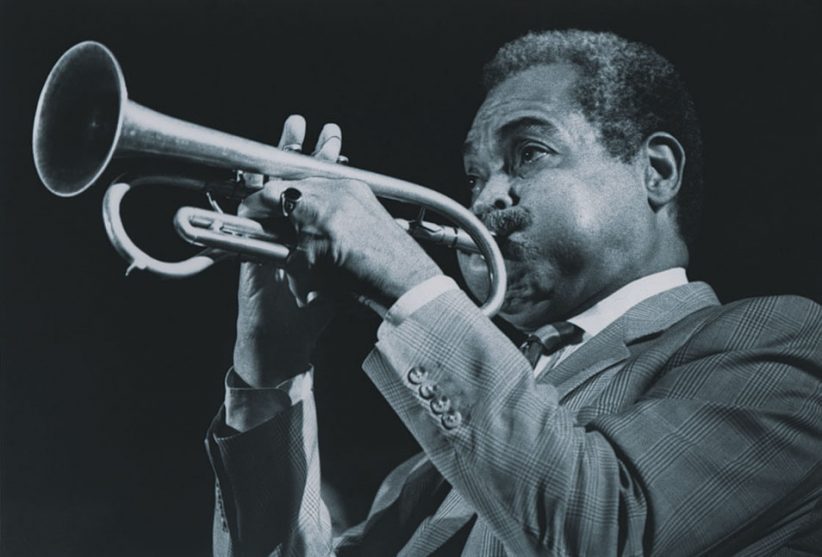 Art Farmer holds a special place in my heart. The trumpeter was the first musician I ever interviewed on the radio, and he proved to be as gracious and responsive as one could wish. Farmer had just finished an engagement in Boston and was visiting friends in Worcester when his host, a stranger to me, phoned in the middle of my morning jazz show on WCUW and asked, “How about if I bring Art Farmer by the studio?” Before I’d got a nervous reply like “When?” out of my mouth, they were on their way. Farmer arrived minutes later in sport coat and tie with a Burberry trench coat draped over his arm and proceeded to answer my questions about the famous associates of his that I could quickly call to mind: Clifford Brown, Sonny Rollins, Horace Silver, Jim Hall and Benny Golson among them. He seemed particularly impressed that I knew McCoy Tyner had played with Farmer and Golson’s Jazztet before he joined John Coltrane, and said, “Thanks for knowing something about my music.” A month later, when I took him up on his offer to be his guest at the Blue Note, he invited me to his table and introduced me to the Rev. John Gensel, the pastor of St. Peter’s Lutheran Church and the first official minister to New York’s jazz community.

Farmer came to prominence in the ’50s. He worked with Lionel Hampton in 1953, making his first date as a leader for Prestige with members of Hamp’s orchestra, and then played with Lester Young at Birdland. He told Whitney Balliett for a New Yorker profile that Lester called him “Pres,” and taught him “That every note meant something. When I followed him, I felt like a fool if I didn’t make sense. He made me tighten up and tell a ‘story’ in each solo.” He then spent two years with Horace Silver’s first quintet followed by two more with the Gerry Mulligan Quartet. Farmer said that going from a player as propulsive as Silver to Mulligan’s piano-less group “was a shock…like walking down the street naked.”

Farmer co-founded the Jazztet with Golson in 1959. The group is often lumped together with more loose-limbed ensembles of the day, but as a vehicle for Golson’s harmonically nuanced writing and Farmer’s concise solo style, it was a more tempered band than the Jazz Messengers and groups led by Miles Davis, Charles Mingus and Max Roach. Perhaps owing to its contracts with Argo and Mercury Records, both of which were airplay-savvy, the Jazztet defied hard bop convention by keeping to within a three-to-five-minute time frame on most of its records and hewing to precisely orchestrated ensembles. The group enjoyed moderate success with tunes like “Killer Joe,” “Along Came Betty” and “I Remember Clifford,” but never really took off commercially, and by 1962 Farmer and Golson called it quits.

Farmer, who was born in Council Bluffs, Iowa in 1928, died in 1999. When Mosaic Records reissued the Jazztet’s recordings in 2004, Golson told annotator Bob Blumenthal, “Art Farmer played a ballad more beautifully than any trumpet player I ever heard. That’s any trumpet player.” Following his years with Golson, Farmer put together a critically-acclaimed quartet that featured Jim Hall. Of the guitarist, Farmer told Balliett, “Jim is amazing. I could go in and out of the chords, up and down the chords, and he instantly knew what to do. Whatever I played, he was there.” The same was true of pianist Steve Kuhn, who succeeded Hall in 1965. Kuhn described Farmer to me as “quiet, unassuming, a great talent, and a sweetheart of a man”

But even a trumpeter as together as Farmer had trouble making ends meet in the mid ’60s, so following a visit to Vienna in 1965, he accepted an offer to join the Austrian Radio Jazz Orchestra. “Considering the way things were here and that my whole life had been lived for the possibility of playing jazz music, I decided to give it a try for a year.” It worked so well that Farmer moved to Vienna permanently in 1968, and returned to the States for occasional appearances. In 1982, he and Golson reformed the Jazztet on a part-time basis.

This week’s golden anniversary feature in Jazz a la Mode is Farmer’s 1961 recording Perception. The trumpeter was renowned for his lyrical eloquence by the early ’60s, but in employing the flugelhorn exclusively on this session, he gave further indication of the increasingly introspective direction his music would take with Hall and Kuhn, and later on with European collaborators.

Here’s footage of Farmer relating what a natural fit the flugelhorn proved to be, followed by his performance of Duke Pearson’s, “You Know I Care.”

Organ trios and quartets were ubiquitous by the mid-1960s. In African American neighborhood bars and clubs up and down the East Coast, throughout the Rust … END_OF_DOCUMENT_TOKEN_TO_BE_REPLACED

Terence Blanchard looked around the restaurant table and launched into a gentle sermon about jazz education in Detroit that was part homily, part pep talk, … END_OF_DOCUMENT_TOKEN_TO_BE_REPLACED

Creating a program of solo piano music is the ultimate challenge for any improvising pianist. The music on my latest album, Ways of Disappearing (Sunnyside), … END_OF_DOCUMENT_TOKEN_TO_BE_REPLACED

First the good news: As you can see in our annual Festival Guide, there are plenty of jazz festivals scheduled to happen around the world … END_OF_DOCUMENT_TOKEN_TO_BE_REPLACED