Skip to content
Become a member and get exclusive access to articles, live sessions and more!
Start Your Free Trial
Home > Features > An Appreciation for Jazz Appreciation Month 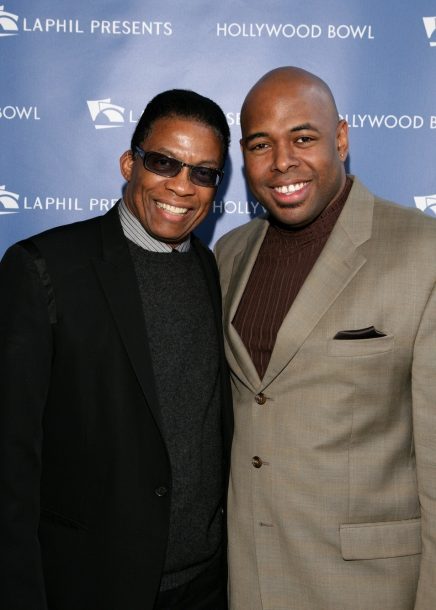 Just as we emerge from the winter doldrums, there’s a lot of jazz appreciation going on throughout April.

In 2001, The Smithsonian launched Jazz Appreciation Month, which has grown to include celebrations in all 50 states and 40 countries that the music as a living treasure. It is designed to spotlight the music and, one would hope, extend the depth of that appreciation to casual listeners, and introduce it to fresh ears that have been tuned elsewhere. It is a movement that has a lot of variations and offshoots.

Last June while meeting here in Rhode Island, the U.S Conference of Mayors proclaimed April 9 as Jazz Day. Jazz at Lincoln Center is using that day for its inaugural A Taste of Jazz event in Manhattan, which will feature music and food at the Time Warner Center to celebrate the cuisine of some of the country’s greatest jazz cities, including New Orleans. The musical set and discussion that night will feature a septet led by saxophonist Walter Blanding.

Oh, but there is much more here and there. As they say in the TV genre, check local listings.

From April 23 to May 2, the nonprofit JazzBoston is celebrating Jazz Week with 230 events at more than 80 venues to celebrate the special role the Boston jazz scene plays as incubator and stage for a lot of creative musicians. Only in greater Boston, it seems, can a “week” have 10 days. But that 10-day period, Made in Boston, Played in Boston, will include a lot of great programming, including rare films, jazz dance, and children’s events. Here is the schedule.

SIRIUS XM Radio is paying tribute to the rich history of jazz with a lot of Jazz Appreciation Month programming. Its Real Jazz channel, SIRIUS channel 72 and XM channel 70, kicked off the month on April 1 with bassist Christian McBride hosting a three-hour JAM preview, and to introduce the debut of his SIRIUS XM show, The Lowdown: Conversations with Christian, which premiered yesterday and will air every Saturday at 1 p.m. ET on Real Jazz.

Also on April 9 – Jazz Appreciation Day – on Sirius, Jazz at Lincoln Center Artistic Director Wynton Marsalis will unveil the 2010-2011 season of Jazz at Lincoln Center at 3 p.m. ET on RealJazz, and Nancy Sinatra will present a special edition of Nancy For Frank, showcasing the jazz side of American Songbook legend and her father, Frank Sinatra, on April 9 at 3 p.m. ET on Siriusly Sinatra, SIRIUS channel 75 and XM channel 73. There is much more to discover on the Sirius channels. (For more information, visit the Sirius web site or the XM web site.)

Jazz Day, Jazz Week, Jazz Appreciation Month. (The latter may have the only acronym I can tolerate.) All of this is admirable. It also begs the question – How much of this is just preaching to the choir? Some of us would argue that in our in our hearts, in our psyches, in our ears, and in the venues to which we go… every day is jazz day. And that’s just the listeners. It certainly is true for the musicians, at least as a goal.

If the April spotlight in some way brings more serious listeners to the music – and more opportunities for musicians to play jazz – these initiatives are doing what their creators and supporters are seeking.

Terence Blanchard looked around the restaurant table and launched into a gentle sermon about jazz education in Detroit that was part homily, part pep talk, … END_OF_DOCUMENT_TOKEN_TO_BE_REPLACED

Creating a program of solo piano music is the ultimate challenge for any improvising pianist. The music on my latest album, Ways of Disappearing (Sunnyside), … END_OF_DOCUMENT_TOKEN_TO_BE_REPLACED

First the good news: As you can see in our annual Festival Guide, there are plenty of jazz festivals scheduled to happen around the world … END_OF_DOCUMENT_TOKEN_TO_BE_REPLACED

Steve Lacy was once a brilliant bebop player. Yet conventional wisdom says the opposite. Many have long argued that a key to the innovative soprano … END_OF_DOCUMENT_TOKEN_TO_BE_REPLACED