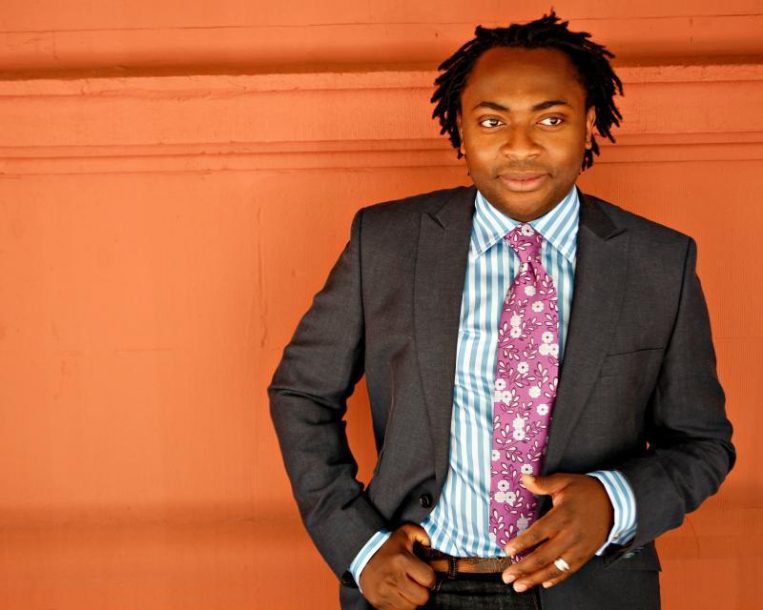 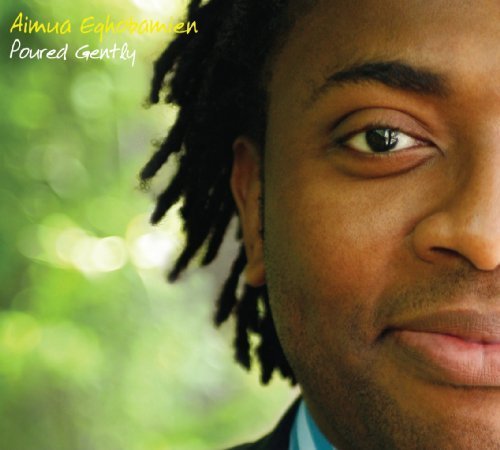 Among 2010 jazz pairings, the nominal winners in the tongue-twister category are surely vocalist Aimua Eghobamien and pianist/composer/arranger Glafkos Kontemeniotis. The euphoniously challenged pair united in New York in 2008 to co-produce the London-born singer’s debut release, Poured Gently (Quaesitor Music). But, the marketability of new jazz artists being what it is, the album didn’t appear until this year. Eghobamien was raised on an eclectic mix of British pop, American soul, jazz, gospel and, courtesy of his mother, Edo folk songs. His boyhood and adolescence spanned three continents – Europe, Africa and North America – furthering the globalization of his musical tastes. Add training from both Sheila Jordan and Mark Oswald, the Metropolitan Opera’s foremost vocal coach, and it’s easy to understand Eghobamien’s multi-hued vibrancy.

Listening to Eghobamien it is difficult not to be reminded of Kurt Elling. They are kindred adventurers, determined to discover freshness in the familiar and venture bravely into unchartered territory. Stylistically, there’s also the strong suggestion of Ian Shaw. In other words, Eghobamien synthesizes the two finest male jazz singers on the planet. Which is not to suggest any derivativeness. He is a true, thoroughly exciting, original.

With able assistance from Kontemeniotis – who shaped the arrangements, wrote the music for the album’s new compositions and plays piano throughout – plus bassist Ed Kollar, drummer Scott Neumann and percussionist Bashiri Johnson, he opens with “Estlin’s Dream” a solemn, hymn-like interpretation of a deeply romantic e.e. cummings poem. The augustness continues through Thad Jones and Alec Wilder’s tenderly joyous “A Child Is Born.”

Eghobamien’s nomadic early life surely influenced the creation of “Migration,” a grandly passionate, asymmetric ode to strangers in a strange land. The fervor continues with “Passion Poured Gently,” an earnest discourse on living one’s dreams. Then, upon escalating waves of Afro-Caribbean drums, comes a gloriously imaginative reinvention of “Fascinatin’ Rhythm” that is equal parts chant and calypso-fueled dervish. Ellington’s “In A Sentimental Mood,” dressed in somber grays, is taken at a near-dirge pace, perversely heightening its dreamy romanticism.

The meeting of Eghobamien and Monk on Jon Hendricks’ “Listen to Monk” (built upon “Rhythm-A-Ning”) arrives fittingly at the playlist’s midpoint, for it is surely the album’s apex, forceful and fervent in its other-dimensional ingeniousness. Stevie Wonder’s woeful “Never Dreamed You’d Leave In Summer” seems shadowed by dark clouds, cleverly suggesting a touch of vengeance amid the bleakness. “So Many Stars,” propelled solely by Kontemeniotis’ piano, is effectively expansive, Bon Jovi’s “It’s My Life” is reinvented as a resolute ballad, and a second Ellington selection, “It Don’t Mean A Thing (If It Ain’t Got That Swing)” ebbs and flows with marvelous shimmer.

Eghobamien exits much as he entered. This time unaccompanied, he shapes a powerfully minimalist “Benediction,” based on an Edo lullaby, its beautifully simple message of peace and protection indeed poured with absolute gentleness.

If you’d like to share your comments about Aimua Eghobamien or have suggestions for future installments of Hearing Voices, please direct your email to [email protected]

Organ trios and quartets were ubiquitous by the mid-1960s. In African American neighborhood bars and clubs up and down the East Coast, throughout the Rust … END_OF_DOCUMENT_TOKEN_TO_BE_REPLACED

Terence Blanchard looked around the restaurant table and launched into a gentle sermon about jazz education in Detroit that was part homily, part pep talk, … END_OF_DOCUMENT_TOKEN_TO_BE_REPLACED

Creating a program of solo piano music is the ultimate challenge for any improvising pianist. The music on my latest album, Ways of Disappearing (Sunnyside), … END_OF_DOCUMENT_TOKEN_TO_BE_REPLACED

First the good news: As you can see in our annual Festival Guide, there are plenty of jazz festivals scheduled to happen around the world … END_OF_DOCUMENT_TOKEN_TO_BE_REPLACED