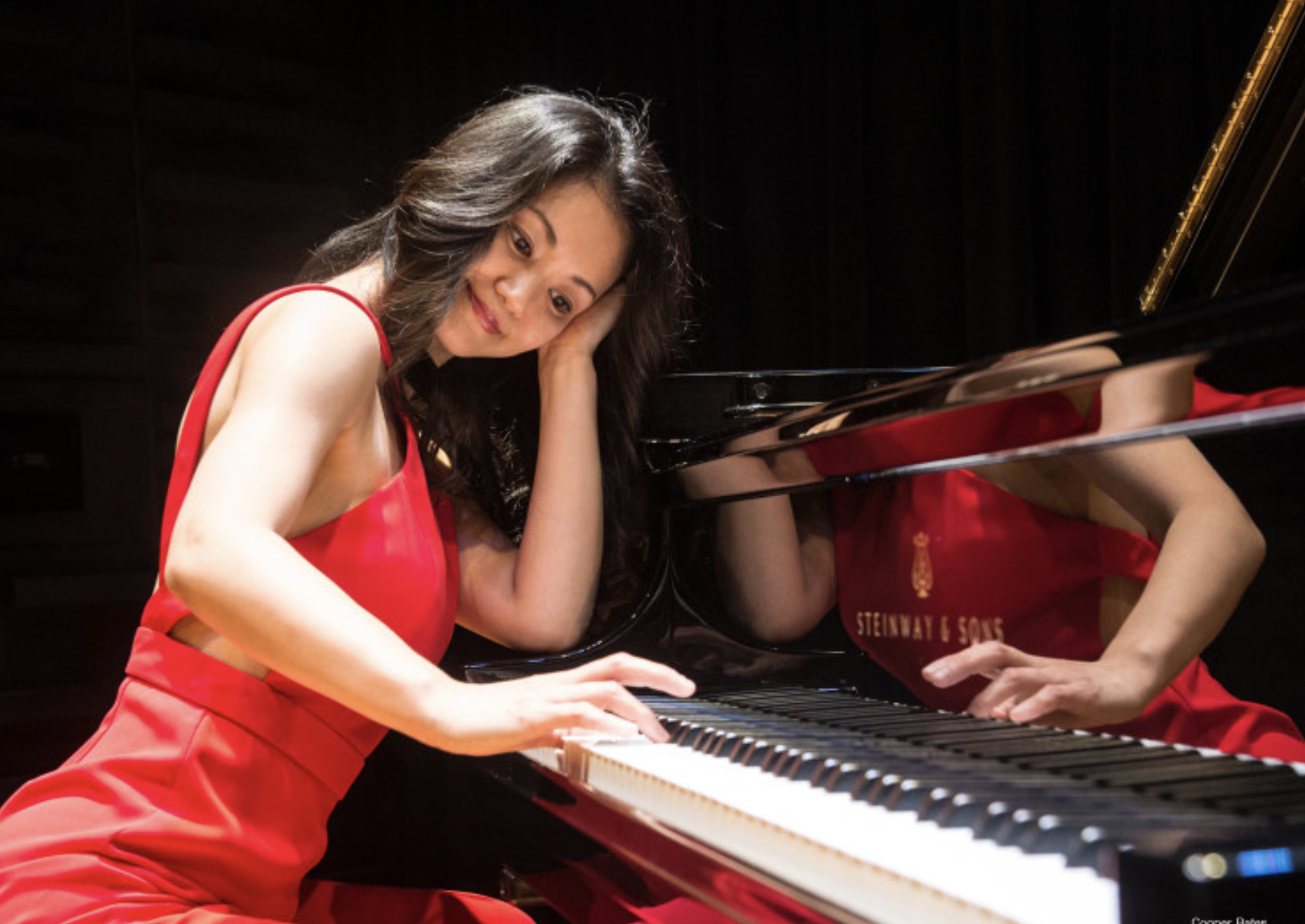 “Since [Yuko Mabuchi’s] arrival in Los Angeles, she has gained a loyal fan base and a reputation as a virtuoso pianist who also is extremely entertaining and exciting to watch…She is a sensational and captivating pianist that consistently treats her audience to the highest quality of jazz performance” (Corniche Entertainment).

Mabuchi started playing classical piano at age four, in her hometown of Fukui, Japan. She arrived in Los Angeles in 2010 to further her studies while performing at some of L.A.’s top venues. She has performed at Segerstrom Center for the Arts (opening for Branford Marsalis), Blues Alley in Washington, DC as a guest of the National Cherry Blossom Japanese Jazz series, the Arlington Jazz Festival and the Disney Hall, as featured pianist with ICYOLA, to name a few. Returning to Japan in 2013, Mabuchi performed with her trio until returning to the U.S. in 2016, and has continued to develop her unique performance style. Her fourth and latest album is Tribute to Miles (Yarlung Records, 2019).