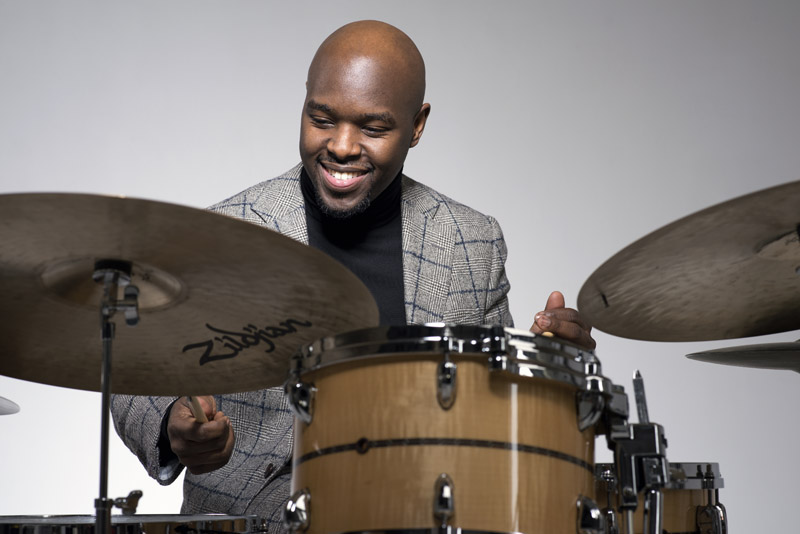 An artist “who takes a backseat to no one” (The New York Times), two-time Grammy winner Ulysses Owens, Jr. is one of today’s premier drummers, as well as a producer, composer, educator, and entrepreneur. Admired for his sensitive, fiery and complex playing, he earned his stripes as a member of Christian McBride’s acclaimed trio.

Ulysses received his first Grammy in 2010 for his performance on Kurt Elling’s Dedicated To You, and his second Grammy for the Christian McBride Big Band album The Good Feeling. In addition to the two Grammy Awards, he has also received four Grammy nominations for his work with Christian McBride and Joey Alexander. Owens has toured and recorded with artists including Christian McBride, Wynton Marsalis, Kurt Elling, Diane Schuur, Renee Fleming, Monty Alexander, Russell Malone, and Mulgrew Miller. Ulysses has released three albums of his own beginning in 2009 with It’s Time For U, which featured four original compositions and arrangements. His second album, Unanimous, was released on the European jazz label Criss Cross, and Onward and Upward was released in 2014 on the D-Clef Record Label. As co-leader of New Century Jazz Quintet, he has released two albums with the Japanese record label Spice Of Life, Time is Now and In Case You Missed Us.

Ulysses is a graduate of the inaugural Jazz Studies Program at The Juilliard School Ulysses. His honors include a 2015 Jazz At Lincoln Center Swing Award, 2014 Global Music Award, 2013 ASCAP Plus Award, and being designated a 2014 Downbeat Rising Star.