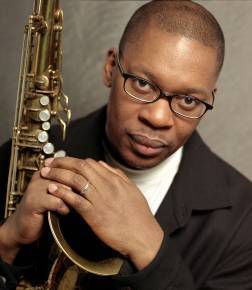 UCLA’s Center for the Art of Performance (CAP UCLA) presents Jack DeJohnette, Ravi Coltrane and Matthew Garrison on Saturday, Dec 7 at 8 p.m. at Royce Hall. Tickets starting at $28 are available now at cap.ucla.edu, 310-825-2101 and the Royce Hall box office.

Representing the prestigious lineage of today’s great jazz families, DeJohnette/Coltrane/Garrison explore open improvisation as well as their own compositions. An NEA Jazz Master and Grammy Award-winner, Jack DeJohnette makes his return to the CAP UCLA family and Royce Hall where he previously performed as part of a jazz trio in 2013 with Keith Jarrett and Gary Peacock.

DeJohnette/Coltrane/Garrison went through a rebirth in 2016 and have been touring ever since. They first performed the music of the late John Coltrane, Ravi’s father at The Brooklyn Museum. Named after the master sitarist Ravi Shankar, Coltrane is a Grammy-nominated saxophonist who has released six albums to date.

Matthew Garrison, son of the late Jimmy Garrison who was John Coltrane’s bassist, became a talented bass guitarist in part thanks to his godfather Jack DeJohnette. Garrison has collaborated with several jazz musicians including CAP Alums John Scofield and Pat Metheny. In 1998 Garrison founded GarrisonJazz Productions where he produces, promotes, and markets his music as well as providing music education.