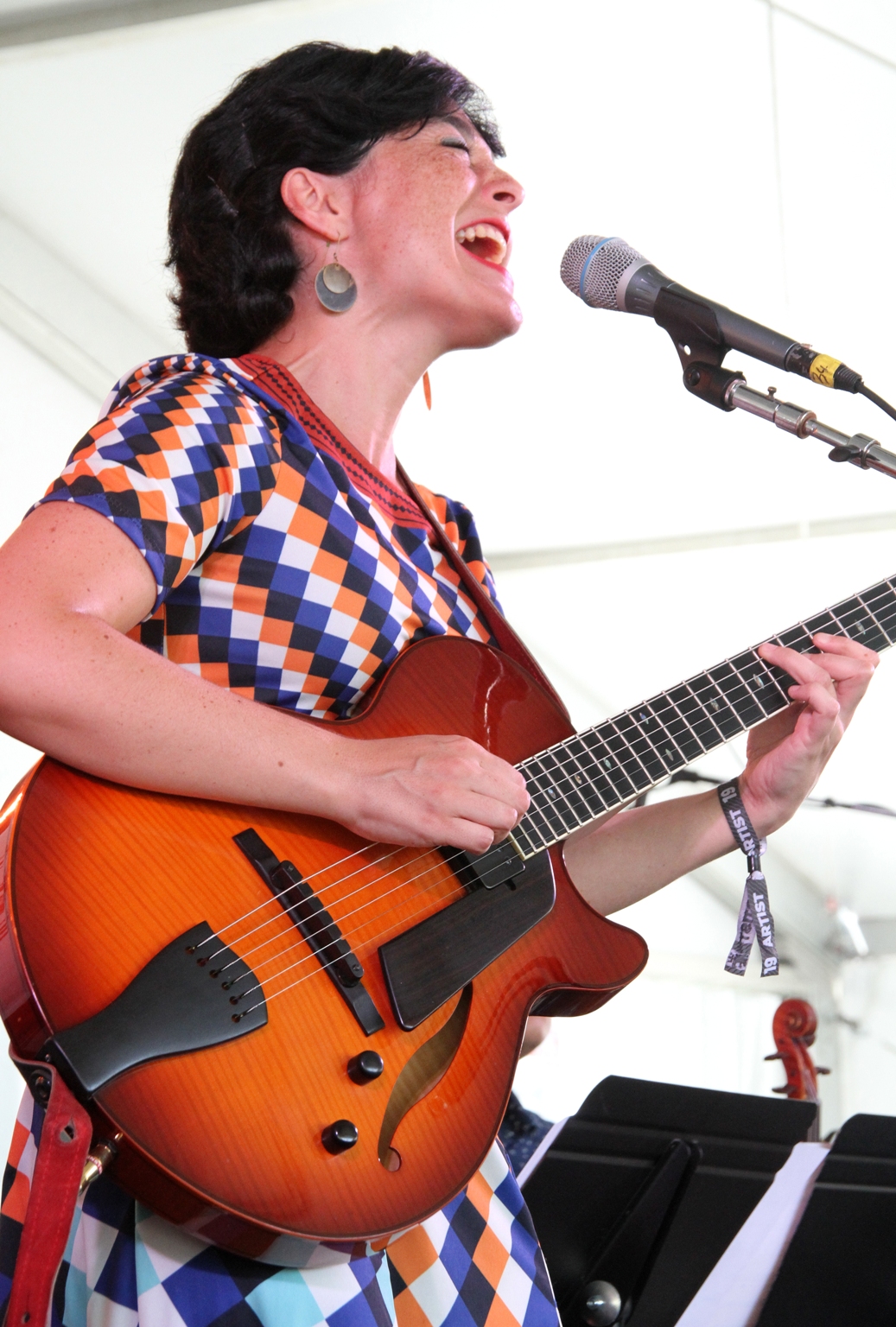 Gabrielle Stravelli welcomes Camila Meza to “The Early Set” this Wednesday, October 14, at 6PM EDT, to discuss her career and music.
Born and raised in Chile, Meza is a guitarist, vocalist and songwriter who makes ambitious, lyrical music that combines progressive fusion, post-bop, and Latin American folk traditions. She moved to New York in 2009 and has since established herself as a highly creative, genre-bending player and writer garnering widespread acclaim. She received two Independent Music Awards for her lauded 2016 release Traces (Sunnyside Records) and in 2018 was named a “rising star” in DownBeat‘s critics’ poll. In 2019 she released Ambar on Sony Masterworks, which features her original compositions backed by her octet, the Nectar Orchestra.

“The Early Set” aims to reveal insights into the music-making process. Guests illuminate their creative choices for viewers with a wide range of musical knowledge — from experienced musicians to those just beginning their musical journey as well as music lovers. Each episode also raises funds for a charity chosen by the featured guests, which have included Black Lives Matter; The Ali Forney Center; One More Dog Rescue; Jazz Foundation of America.