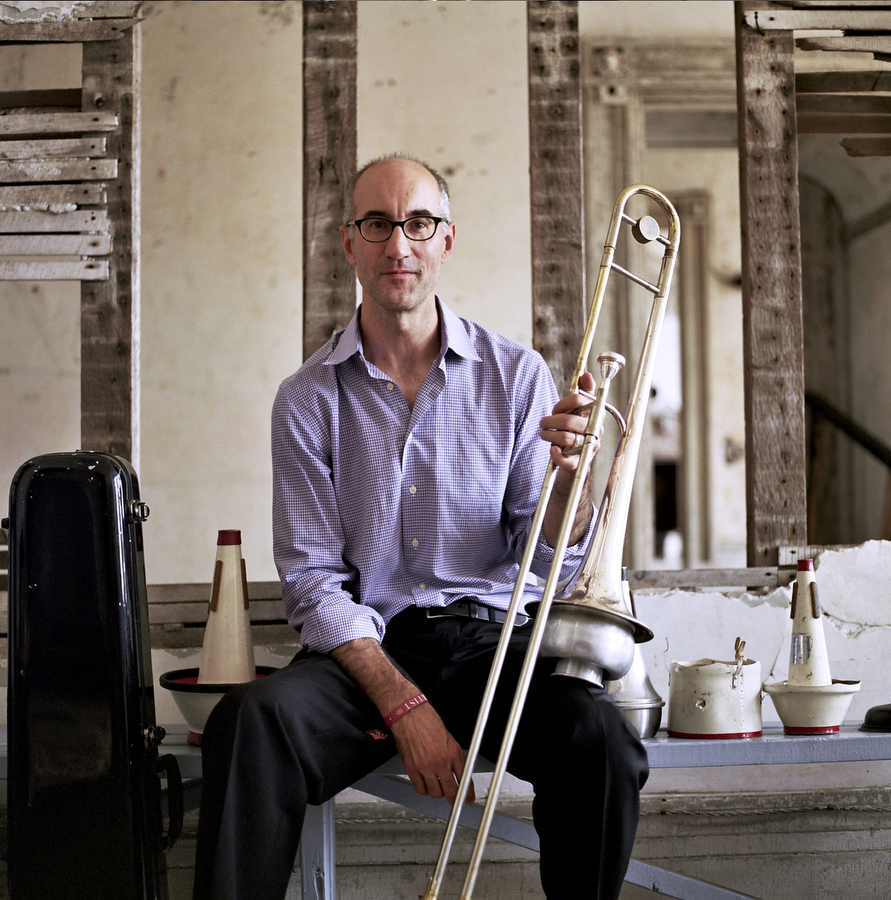 NEW YORK, NY (JUNE 2, 2022) – The BMI Jazz Composers Workshop will present the best big band and jazz orchestra compositions produced throughout the year at its 33rd Summer Showcase Concert, with two sets held on June 13 at 8 PM ET at 7:30 PM and 9:30 PM at Dizzy’s Club in New York City. Each seating will feature the BMI/New York Jazz Orchestra, a 17-piece modern repertory ensemble made up of leading New York musicians, performing eight new compositions, four performed during each set, developed in the workshop this season. Additionally, both sets will feature the new commissions from last year’s prize winners, Tracy Yang and Chuck Iwanusa. For tickets and more information, please click here.

Musical Director, Andy Farber will be returning for a sixth year to lead the program alongside Assistant Musical Director and three-time GRAMMY-nominee, Alan Ferber. Farber teaches jazz composition and arranging at The Juilliard School in New York and has written arrangements for legendary artists including Shirley Horn and Jon Hendricks, as well as symphony orchestras including the Boston Pops Orchestra. Outside of the jazz arena, Farber also composes music for media that includes TV commercials, TV shows, web series, documentaries, and feature films. Returning for the second year, Ferber is an accomplished trombonist, composer and arranger who has written arrangements for Broadway star, Shoshana Bean, as well as Joni Mitchell and the Atlantic Brass Quintet. Currently, Ferber is an adjunct professor of jazz studies at New York University’s Steinhardt School but has served as faculty at the John J. Cali School of Music at Montclair University, the Peabody Institute at Johns Hopkins University and the New School for Jazz and Contemporary Music.

“After last year’s virtual season, Alan and I are thrilled to return to presenting the 33rd Summer Showcase Concert in person,” said Farber. “This year’s talented group of composers remained resilient during the pandemic and created eight truly riveting pieces of work. We are excited to be able to share these selections with a live audience once again with the help of BMI/New York Jazz Orchestra.”

Since its founding in 1939, BMI has been deeply involved in the jazz community. Its continuation of the Jazz Composers Workshop–even amid a global pandemic–is a testament to BMI’s dedication to the jazz community and its Workshop members.

“We’re so thrilled to present the BMI Jazz Composers Workshop Summer Showcase at the legendary Dizzy’s Club at Jazz at Lincoln Center,” said Patrick Cook, Senior Director of Jazz & Musical Theatre at BMI. “It is always a remarkable experience to see these gifted composers transforming how we hear jazz today with their unique styles. Because of their hard work, creativity and dedication throughout the year, we’re able to showcase these amazing compositions in front of a live audience, and one will walk away with the Charlie Parker Prize at the end of the night.”

ABOUT BMI
Celebrating over 80 years of service to songwriters, composers, music publishers and businesses, Broadcast Music, Inc.® (BMI®) is a global leader in music rights management, serving as an advocate for the value of music. BMI represents the public performance rights in over 18.7 million musical works created and owned by more than 1.2 million songwriters, composers, and music publishers. The Company negotiates music license agreements and distributes the fees it generates as royalties to its affiliated writers and publishers when their songs are performed in public. In 1939, BMI created a groundbreaking open-door policy becoming the only performing rights organization to welcome and represent the creators of blues, jazz, country, and American roots music. Today, the musical compositions in BMI’s repertoire, from chart toppers to perennial favorites, span all genres of music and are consistently among the most-performed hits of the year. For additional information and the latest BMI news, visit bmi.com, follow us on Twitter and Instagram @BMI or stay connected through Broadcast Music, Inc.‘s Facebook page. Sign up for BMI’s The Weekly™ and receive our e-newsletter every week to stay up to date on all things music.