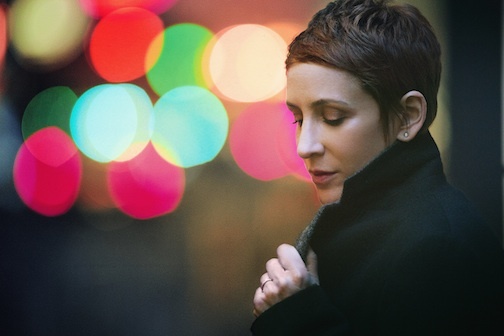 Described by All About Jazz as “intoxicating understatement at its finest…one more jewel in a discography with many, it’s one that deserves singling out for its luster,” Stacey Kent’s most recent release, I Know I Dream: The Orchestral Sessions (Okeh/SONY), won Album of the Year in the vocal category at the 2017 Jazz Japan Awards.

With a catalogue of 11 studio albums—including the platinum-selling, Grammy-nominated Breakfast on the Morning Tram (EMI/Blue Note 2007)—Kent has graced the stages of more than 50 countries over the course of her career. She paid her dues in the jazz clubs of London before releasing six albums for the Candid label, beginning in 1997. She signed with Blue Note in 2007, and her first album for the label was followed in 2009 by the gold-selling, all-French Raconte-Moi, which led to her being awarded the Chevalier dans l’Ordre des Arts et des Lettres.