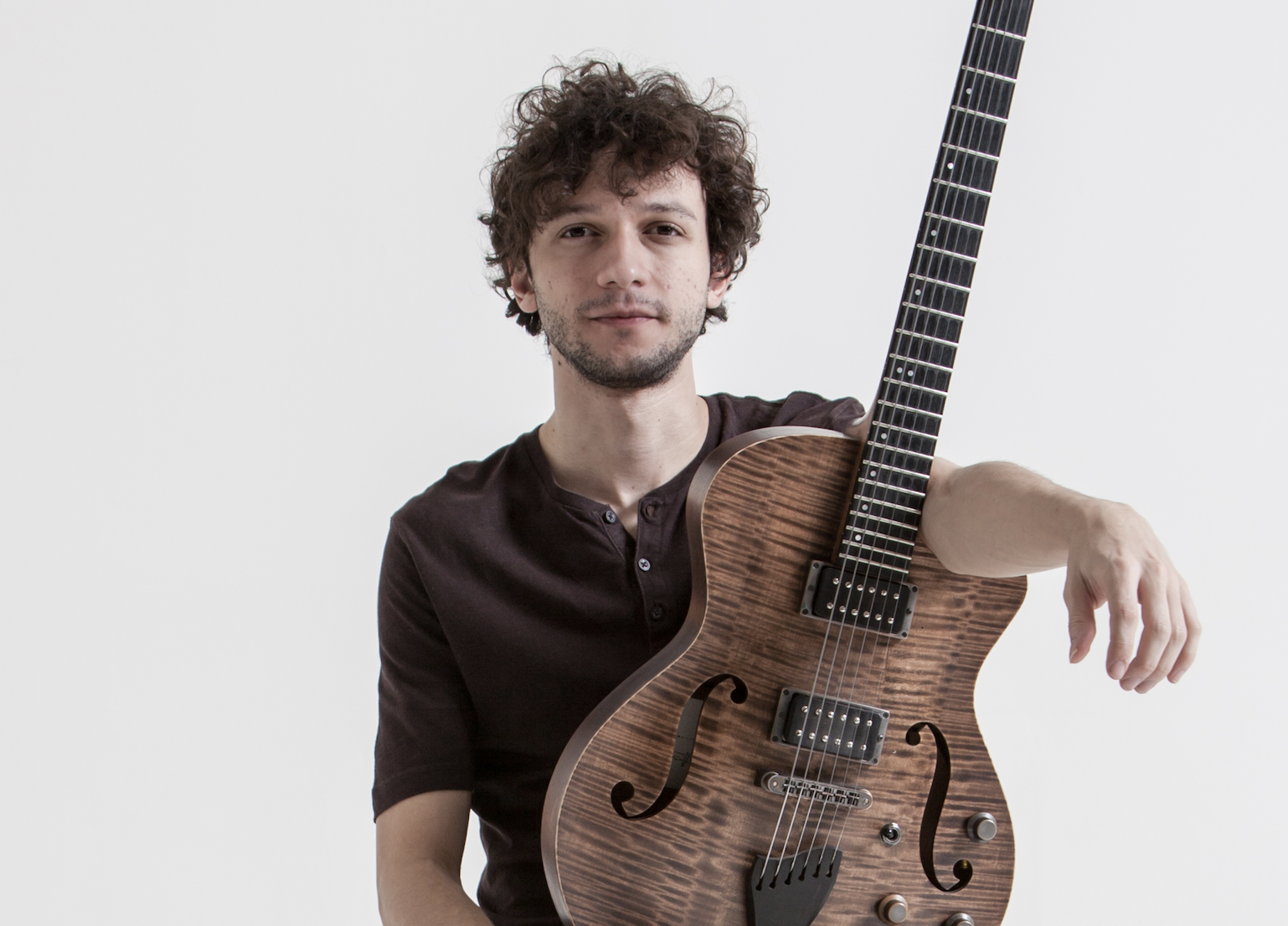 Vera’s Heartbeat presents Brazilian guitar luminaries Pedro Martins and Daniel Santiago and their friends on June 28, 8pm (2 sets) at 2220 Arts. Together, Pedro and Daniel released Simbiose, an album of wondrous musicianship and interplay between these two singular entities in contemporary music. They will open the evening as a duo, joyfully pairing acoustic and electric guitar. For the second set, Pedro will be joined by Chris Fishman on piano, JK Kim on drums, and Daryl Johns on bass to perform their original songs.

Since winning the prestigious Montreux Guitar Competition as a young Brazilian prodigy, Pedro Martins has become an accomplished multi-instrumentalist, singer, and songwriter. He’s perfectly at ease with typical Brazilian genres like samba and choro, as well as jazz, fusion, progressive rock, and world music. He has become known for his collaborations with Kurt Rosenwinkel, Genevieve Artadi, Daniel Santiago, Yaron Herman, David Binney, and Jacob Collier.

Daniel Santiago is a composer, guitarist and music producer who for the past 20 years has been an active and key contributor to the Brazilian and world music scenes. In addition to collaborations with Milton Nascimento, Joao Bosco, Hamilton de Holanda, John Paul Jones, Hermeto Pascoal, Joshua Redman, Greorie Maret, and many others, Santiago has released three of his own records. With Hamilton de Holanda, Daniel has recorded more than ten albums and their work together has been nominated for four consecutive Latin Grammy Awards.

Bassist Daryl Johns is the youngest headliner ever to appear at Litchfield. At this writing he is 19 years old and has already wowed the jazz community. He was also the youngest semi-finalist in the history of the Thelonious Monk Competition at age 13.

This is a one-show-only event, so get your tickets early!