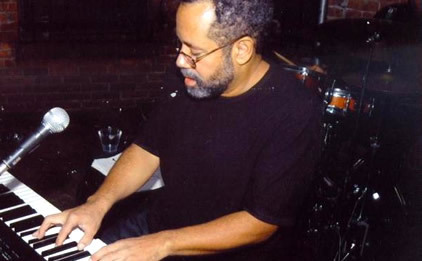 Nathaniel “Nat” Adderley Jr. is a renowned jazz pianist, bandleader, arranger, and producer. Nat is perhaps best known for his more than 23 tenure as music director, arranger, producer, and frequent co-writer for R&B legend Luther Vandross, during which time he wrote and arranged Luther’s first Top 20 hit, “Stop to Love” as well as the Grammy-nominated “Give Me the Reason.” Nat’s iconic arrangements include some of Luther’s most famous and beloved records, including “Superstar,” “Never Too Much,” and “Here and Now.” His producer credits for Luther include “The Closer I Get to You,” a duet featured on Beyoncé’s Grammy-winning album Dangerously in Love and Luther’s Grammy-winning Dance with My Father.

Nat has elevated the work of many acclaimed artists with his unique musical gifts and leadership; he wrote “The Wave” for Kirk Whalum, arranged most of Aretha Franklin’s album Jump to It, and produced Gloria Lynne’s album No Detour Ahead as well as tracks for The Temptations’ album Awesome. Nat’s work as a pianist can be heard on countless studio recordings, as well as all the piano used in the Broadway production of August Wilson’s T”he Piano Lesson.” An avid lover of the theatre, Nat has also recently worked on three shows for the Tony-winning Crossroads Theatre Company in New Brunswick, NJ: he was arranger and musical director for Sarah Sings a Love Story and “Sophisticated Ladies,” and he was musical director and appeared as the character Larry (Paul Robeson’s accompanist) in “Robeson.”

Since coming home to his jazz roots (he is the son and nephew of celebrated jazz musicians, cornetist Nat Adderley Sr, and alto saxophonist Julian “Cannonball” Adderley, respectively), Nat has brought his ensemble all over the country and the world. Nat’s inimitable style—his authentic and reverential craft as a jazz pianist, mixed with his mastery of pop and R&B idioms, his unparalleled musical sensitivity and artistry, and his showman’s charm and wit—make his shows memorable events that are not to be missed.