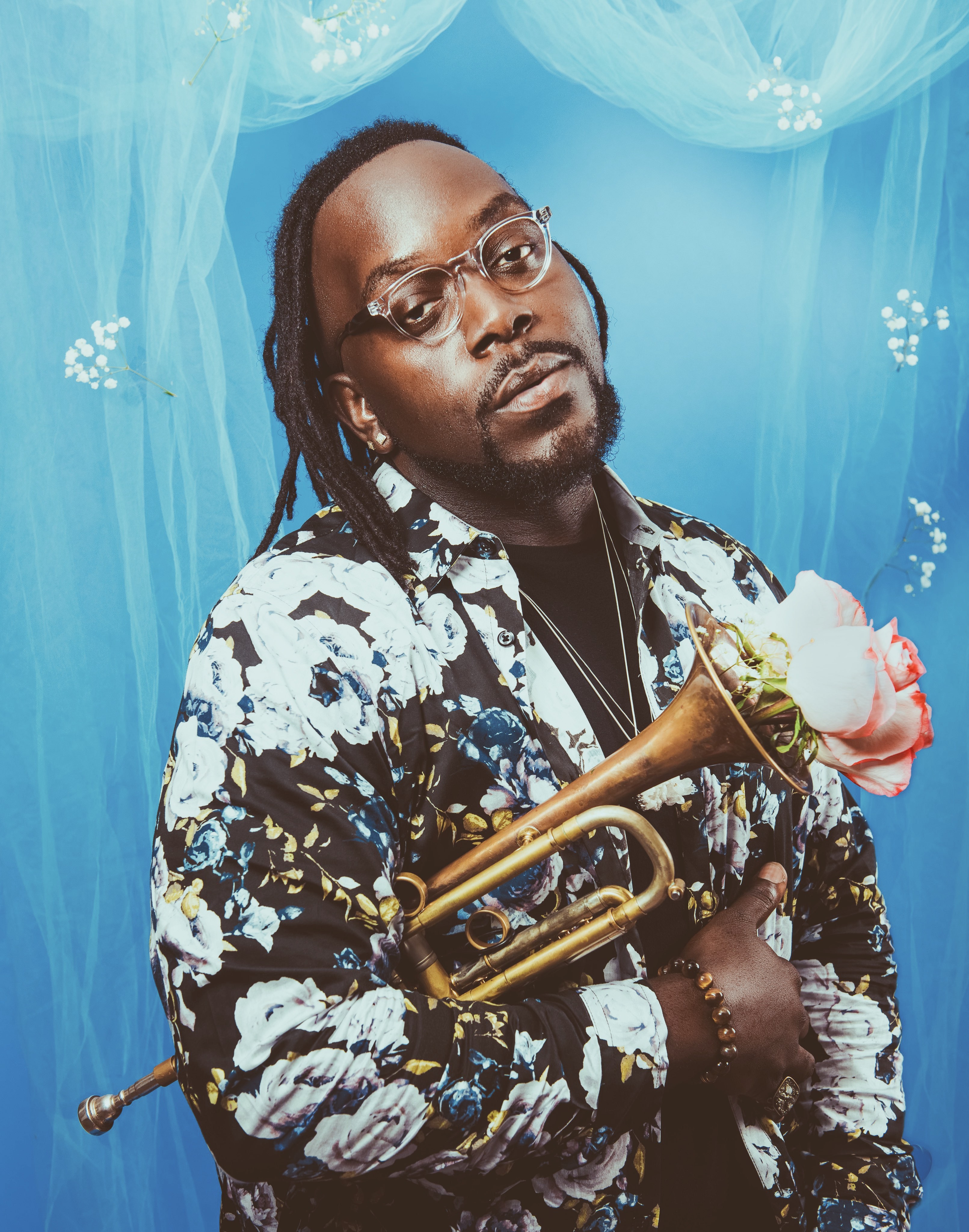 New Gospel Revisited is the new album from the fearless and formidable American composer and trumpeter Marquis Hill. A live recording that revisits and reinterprets his debut 2012 album New Gospel, this time round employing a band of super-heavyweight musicians including Walter Smith III, Joel Ross, James Francies, Kendrick Scott and Harish Raghavan. Marquis Hill’s rise over the last few years has been striking and there’s no letting up. Since winning the prestigious Thelonious Monk Institute Jazz Composition award he has demonstrated full command of his art and built a reputation for synthesizing what he describes as the essential elements of the Africa-American creative heritage including contemporary and classic jazz, hip-hop, R&B, house and neo-soul. Now, his sights are set even higher. New Gospel Revisited, is an extraordinary live recording that reimagines his debut as a leader with a new band, a new focus and a sharpened ear as a bandleader, composer and performer. The set is breathtakingly good with a band that sounds as inventive and creative as it reads on paper.