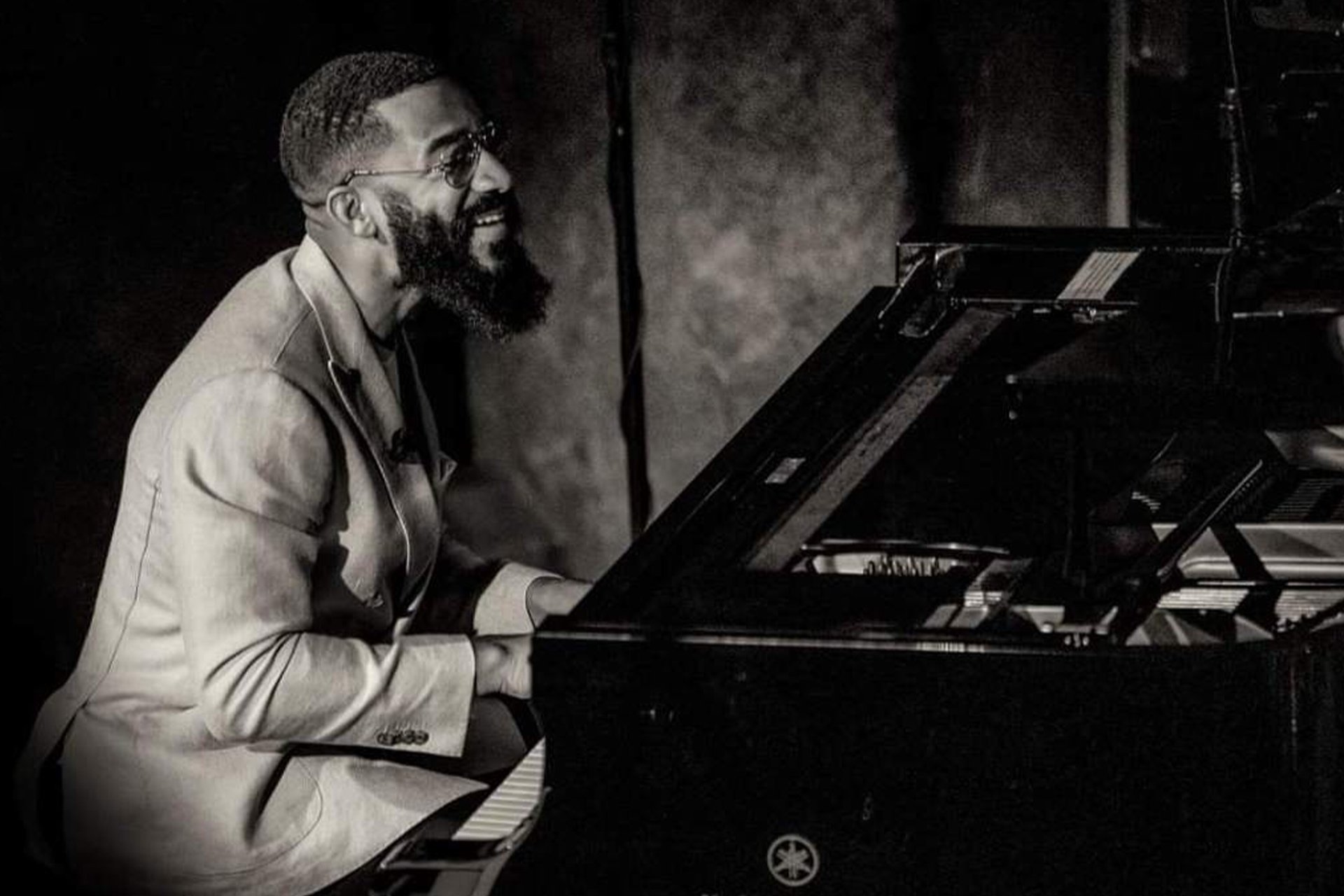 Pianist Kenny Banks Jr., a resident of Atlanta Ga, has earned a reputation as one of the most dynamic jazz artists in the Southeast. Most recently, he became a finalist in the 2019 American Pianists Awards jazz competition, in which he performed to great acclaim in solo and trio formats. Kenny has worked alongside many Grammy-nominated artists including Kurt Elling, Jennifer Holliday, India Arie, Carmen Bradford, Russell Gunn, Jazzmeia Horn, Les Nubians, and Phife Dawg of A Tribe Called Quest. Tonight, he performs his original music and standards. He is noted for his blended technique in mixing jazz and gospel styles. Downbeat describes his playing as “gospel and blues-infused” and calls his arrangements “thrilling, modern and surprising.” Jazziz notes his “deeply embodied gospel and soul roots” with “supple phrasing and effortless command of late 20th-century harmony.” Don’t miss this powerful young pianist for his main set Dizzy’s Club debut.