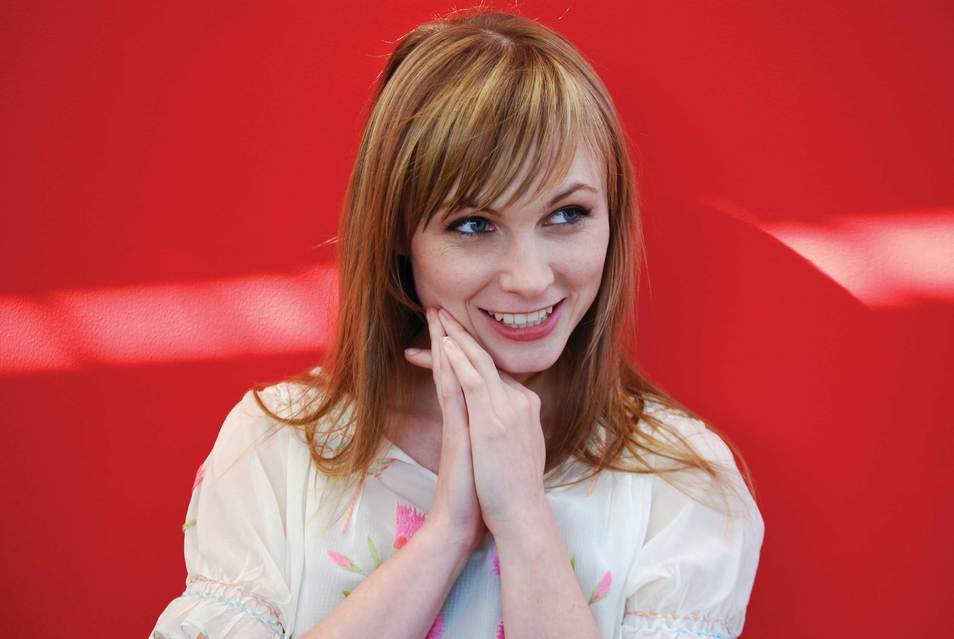 Kat Edmonson fuses vintage Brill Building pop with 60’s lounge, and a hefty dose of sophisticated, timeless sounding originals for a style that is uniquely her own. The Texas native is touring off her new record Old Fashioned Gal.

Possessing an airy, light voice with a sly touch, jazz vocalist Kat Edmonson brings both the songs and the sensibility of the Great American Songbook into the 21st century. A Texas native and Brooklyn transplant, Edmonson forged her sound performing in small rooms and clubs before touring worldwide and performing with Lyle Lovett, Chris Isaak, Jaime Cullum and Gary Clark, Jr.

In her latest album, Edmonson tells a story – a classic Hollywood “movie” that took shape in Edmonson’s imagination as she began to write. These songs have all the feeling and the craft of the Great American Songbook.