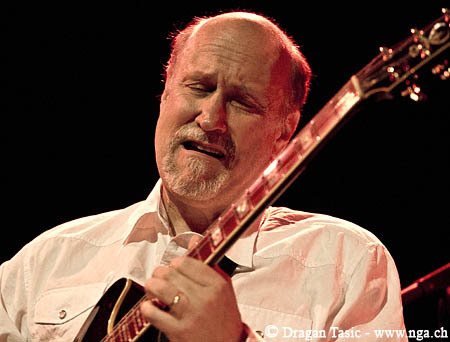 One of the most stylistically adventurous jazz guitarists of the modern era, John Scofield comes to Rockport for the first time. The multiple Grammy Award-winning guitarist, who draws equally from blues, funk, rock and R&B just as much as post-bop jazz, is fresh off his acclaimed latest release Combo 66.

Aside from being one of the principal innovators of modern jazz guitar, John Scofield is a creative artist of an even rarer sort: a stylistic chameleon who has forged a consistent, rock-solid aesthetic identity.

In 1977 he recorded with Charles Mingus, and joined the Gary Burton quartet. He began his international career as a bandleader and recording artist in 1978. From 1982–1985, Scofield toured and recorded with Miles Davis. His Davis stint placed him firmly in the foreground of jazz consciousness as a player and composer.