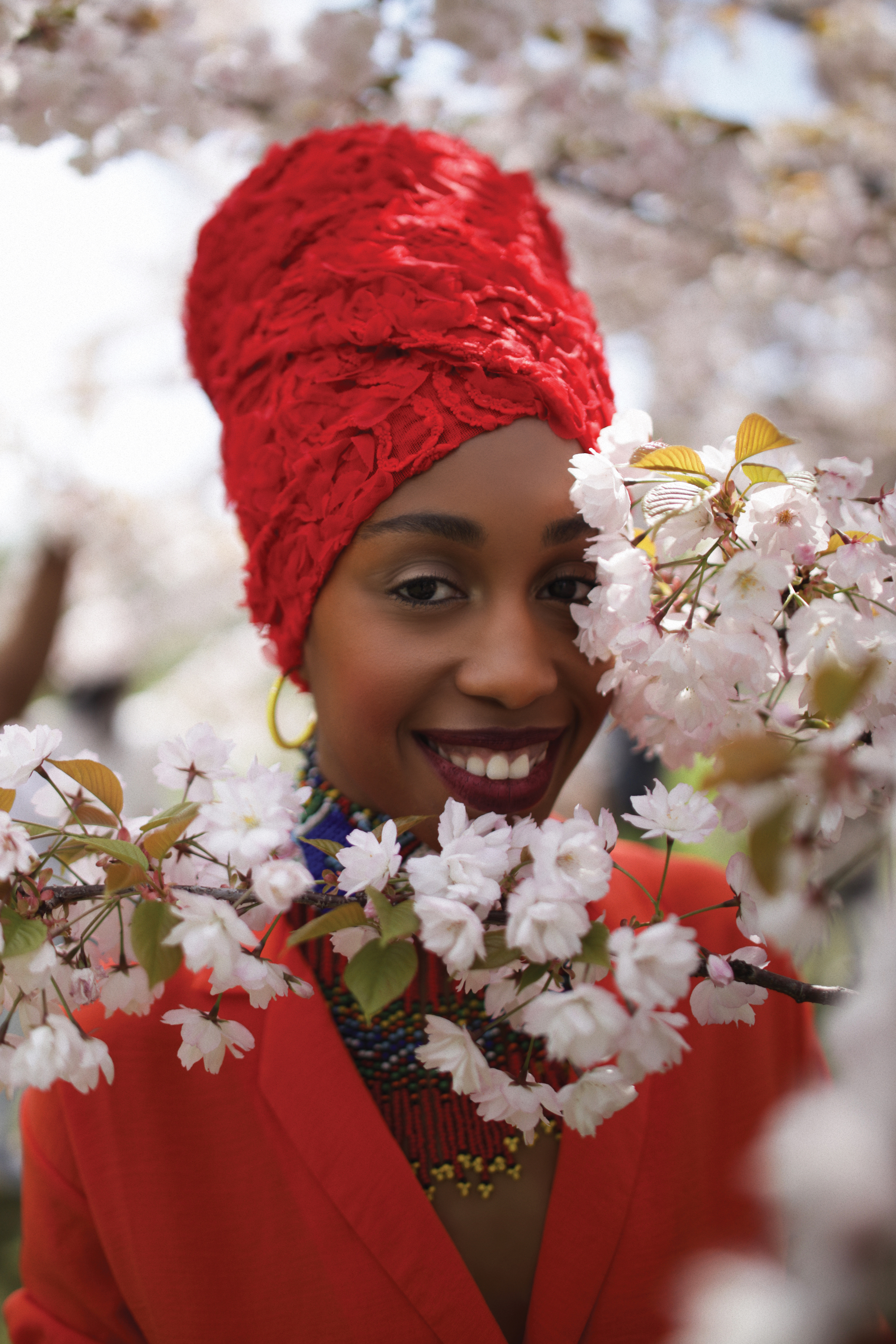 Join us tonight at Snug Harbor for the second of Jazzmeia Horn’s New Orleans debut concerts this month!

Blessed with a fitting name for her chosen path – it was Horn’s jazz-loving, piano-playing grandmother who chose “Jazzmeia” – the singer was born in Dallas in 1991, grew up in a tightly knit, church-going family filled with musical talent and began singing as a toddler. She attended Booker T. Washington High School for Performing and Visual Arts, known for launching such musical greats as Roy Hargrove, Norah Jones, and Erykah Badu, then later attended The New School in New York City. Her education included steering herself to the mentors who would guide her passion for jazz, like Bobby McFerrin, Abbey Lincoln, and Betty Carter. Winner of the 2013 Sarah Vaughan International Jazz Competition and the 2015 Thelonious Monk Institute International Jazz Competition, Jazzmeia was signed to Concord Records and released her debut album A Social Call in 2017 to great critical acclaim.

In the two years since Jazzmeia Horn bowed with her first album, the GRAMMY Award®-nominated A Social Call, she’s been busy on the road, honing her vocal skills to a finely tuned level, writing songs of personal relevance and social message, and perfecting a fearless approach to improvisation and performance in general. The convergence of this drive and development has resulted in what has brought Jazzmeia her second GRAMMY Award® nomination, 2019’s Love and Liberation — filled with songs of daring musicality, emotional power, and messages of immediate relevancy.

Horn chose the title she did for her second album because: “Love and Liberation is a concept and mantra that I use consistently in my everyday life. For me the two go hand in hand and they both describe where I am in my life and career right now. An act of love is an act of liberation, and choosing to liberate—oneself or another—is an act of love.”