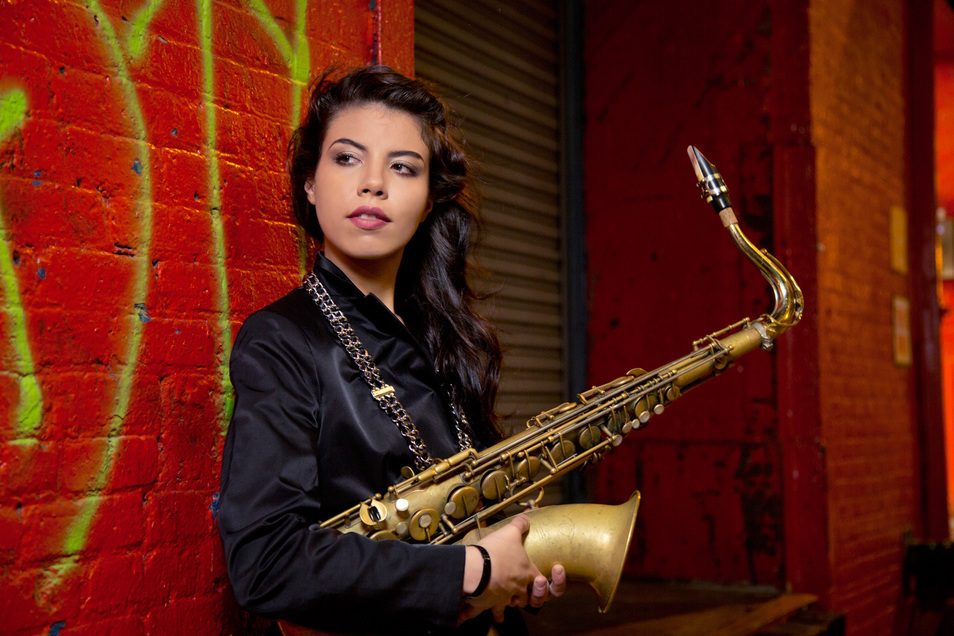 Chilean saxophonist and composer Melissa Aldana has had a remarkably rapid evolution, from being a six-year-old sax prodigy to now being widely considered one of the most compelling tenor saxophonists on the scene. In 2013, Aldana became both the first female instrumentalist and the first South American to win the Thelonious Monk Competition. She is also a recipient of the Martin E. Segal Award from Lincoln Center and a double recipient of the Altazor Award, Chile’s prestigious national arts prize. Aldana has released four recordings as a leader. Recently, she premiered the commissioned suite, Visions for Frida Kahlo, before touring Brazil, Europe and Australia with her quartet.
Enjoy an additional performance at 7:30 p.m. of Joel Ross “Good Vibes”, by purchasing a combo ticket ($35 for both sets).

The 8th annual JazzFest White Plains features an impressive lineup of internationally renowned musicians spanning a weeklong celebration of jazz, culture and community from September 11-15, 2019. The five-day festival produced by ArtsWestchester, The City of White Plains and The White Plains BID is presented this year by Bank of America.