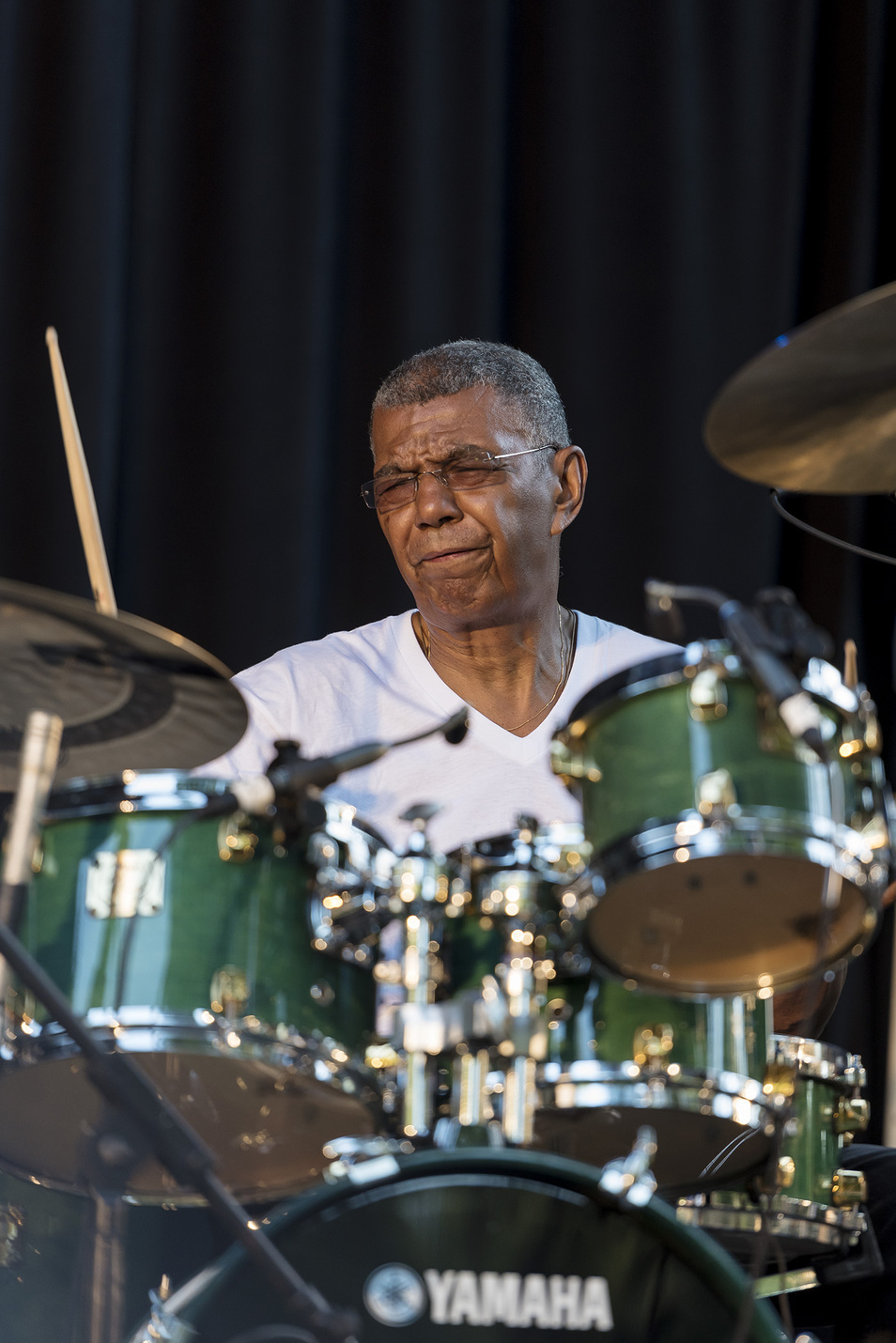 Born in Chicago in 1942, DeJohnette grew up in a family where music and music appreciation was a high priority. Beginning at age 4, he studied classical piano privately and later at the Chicago Conservatory of Music. He added the drums to his repertoire when he joined his high school concert band at age 14. By the mid-1960s, DeJohnette had entered the Chicago jazz scene – not just as a leader of his own fledgling groups but also as a sideman on both piano and drums. He soon began playing with the greats of the era, joining in the John Coltrane Quintet, the Charles Lloyd Quartet and in 1968, joined Miles Davis’ group during the historic Bitches Brew album and through the early 70’s.

During that time he also put out records under his own name, with landmark recordings like The DeJohnette Complex in 1968, Have You Heard in 1970, then switched to Prestige, Sorcery in 1974 and Cosmic Chicken in 1975.

In later years, DeJohnette he continued his touring and recording marvels, collaborating with artists like Keith Jarrett, John Scofield, Don Byron, Danilo Perez, Christian McBride, Herbie Hancock and countless others, winning a Grammy along the way for his Peace Time album in 2009. He was awarded an honorary doctorate of music from Berklee College of Music in Boston in 1991, and was inducted into the Percussive Arts Society‟s Hall of Fame in 2010. His most recent record, 2017’s Hudson featured a band of John Medeski, John Scofield, Larry Grenadier.