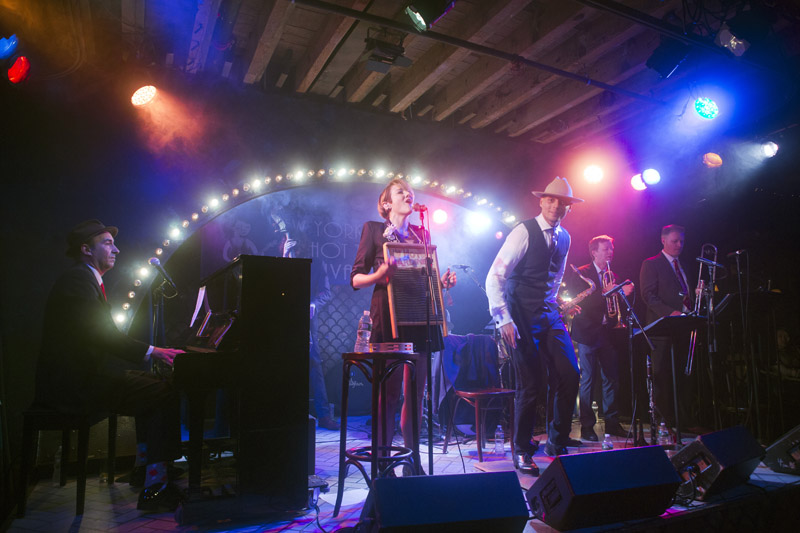 New York City’s Hot Sardines will make their Rockport debut on Aug. 10. Fronted by the sweet and sassy vocals of Elizabeth Bougerol, and bandleader/pianist Evan Palazzo, the Hot Sardines are redefining vintage swing for the new age.

Fueled by the belief that classic jazz feeds the heart and soul, the Hot Sardines are on a mission to make old sounds new again and prove that joyful music can bring people together in a disconnected world.

In the last several years, the Hot Sardines have been featured at the Newport Jazz Festival and the Montreal Jazz Festival, have sold out NYC venues from Joe’s Pub to Bowery Ballroom and more than 150 tour dates from Chicago to London, and have released two albums on Universal Music Classics to critical raves and a No. 1 slot on the iTunes Jazz chart in the U.S. and internationally. Their 2016 album French Fries & Champagne has received rave reviews, The Times (of London) calling it “simply phenomenal.”