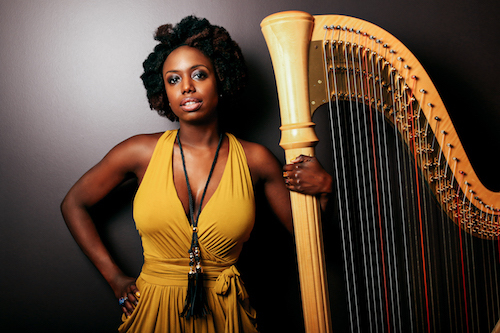 Harpist Brandee Younger defies genres as a classically-trained musician playing in the avant-garde tradition of her musical predecessors Dorothy Ashby and Alice Coltrane.

Ms. Younger is widely recognized as a creative linchpin whose nuanced presence and willingness to push boundaries have made her irreplaceable on record and in performance. She has shared the stage with jazz leaders and popular hip-hop and R&B titans including Ravi Coltrane, Pharoah Sanders, Jack DeJohnette, Reggie Workman, Common, Maxwell, John Legend, and Lauryn Hill. Most recently, her original composition “Hortense” was featured in the documentary Homecoming by Beyoncé Knowles.