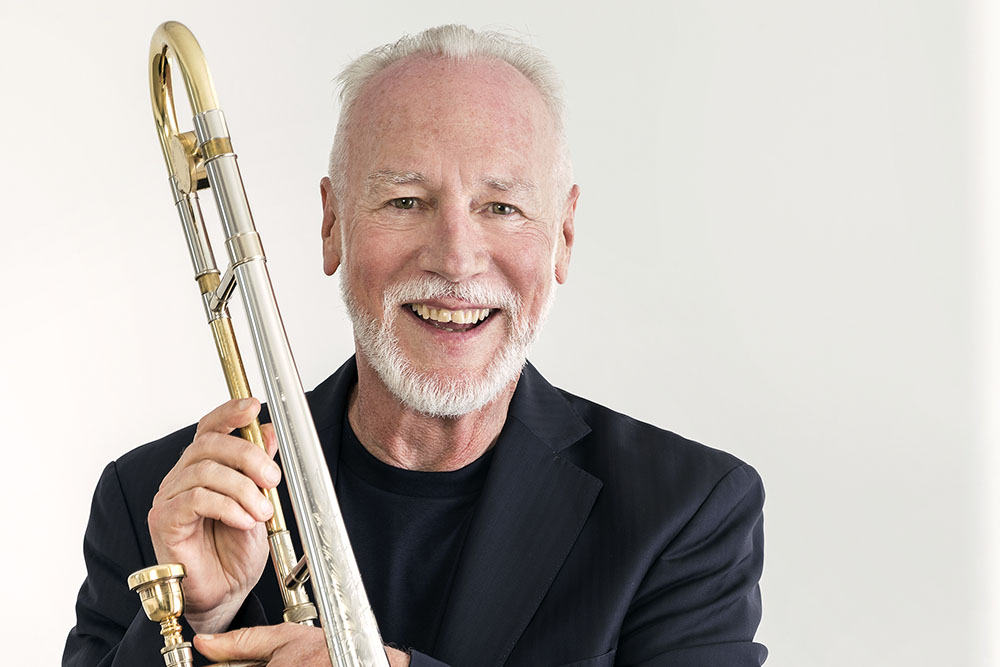 Ed Neumeister has composed for various classical and jazz ensembles in the US, Europe, South America, Australia and Israel and performed extensively as a trombone soloist around the World. Following a stint scoring films in Los Angeles, Neumeister returned to the New York area where he has been active as a composer, performer, educator, currently teaching at the School of Jazz and Contemporary Music at The New School, New York University and William Paterson University in New Jersey. As a leader, Neumeister has recorded eleven albums, ranging from large ensembles to small groups to solo trombone. Neumeister’s arrangement for the Mel Lewis Jazz Orchestra of “A Nightingale Sang in Berkeley Square” was nominated for a Grammy Award in 1992. He recorded multiple albums in Europe, leading large ensembles and small bands; he also wrote for various jazz ensembles, along with composing classical chamber pieces and large – scale concert works.

Ed’s New York small band is a quartet featuring Gary Versace on piano, Drew Gress on bass and Tom Rainey on drums. Neumeister has recently established a new jazz orchestra in New York, the diverse, multi-generational Assembláge, which is the third such large group of his career, after the NeuHat Ensemble (1992-2017, in New York) and ENJO (2006-2011, in Los Angeles). As a trombonist, Neumeister is a member of the Joe Lovano Nonet. Ed Neumeister received a 2020 Composer Fellowship from the New Jersey State Council on the Arts. Neumeister’s most recent release, is the 2021 critically acclaimed What Have I Done? On Meistero Music Records.